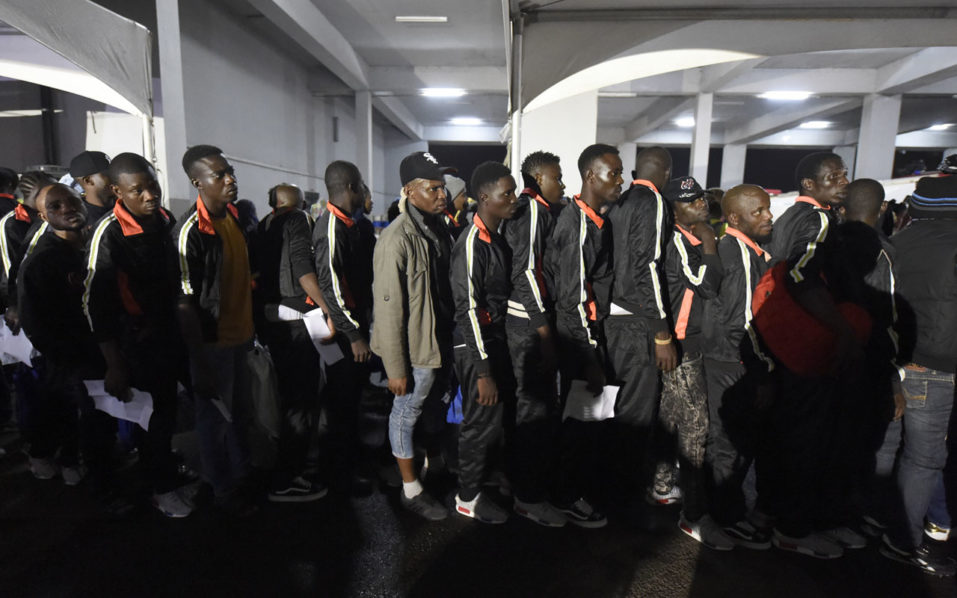 Returnees queue to be attended to by state officials after alighting from chartered aircraft that brought home 150 migrants from Libya at the Murtala Mohammed International Airport in Lagos, on December 5, 2017. / AFP PHOTO / PIUS UTOMI EKPEI

Karlsen made this known on Wednesday while fielding questions from newsmen in Abuja.

He said that EU, in partnership with the International Organisation for Migration (IOM), had so far facilitated the safe and voluntary return of 7,720 stranded Nigerians in Libya.

The envoy said that the situation of Nigerian migrants trapped in Libya was a matter of priority to EU.

He noted that the union was intensifying dialogue with partners on finding a durable and long term solution to the problem of irregular migration.

“It is vital for us that the return is done in an orderly manner where the returnees are giving opportunity to start life again.

”We are partnering with IOM to give them funding and vocational training to enable them to start something,” Karlsen said.

He said that EU had established a Trust Fund aimed at investing in youth through training and jobs creation as part of the efforts to address the root cause of irregular migration.

“We are also working on increasing the European investments in Nigeria as part of solution to the challenge.

“We recognise Nigerian youths’ contribution everywhere in the world.

The envoy also said that EU was expanding its humanitarian support in the North-Eastern part of the country to include jobs creation for the displaced populations.

“We are working in Borno and currently in dialogue with Yobe on how we can expand our support to the area.

”All together, we have set aside 257.5 million Euros in our support, not only for humanitarian support, but also in our long term development in that region,” he said.

Karlsen said that EU had supported water and sanitation projects in 14 states to the tune of 353.5 million Euros, reaching and benefitting more than four million people in the country.

“We need to think of the North-East in economic terms and jobs creation. This is part of our foreign policy.