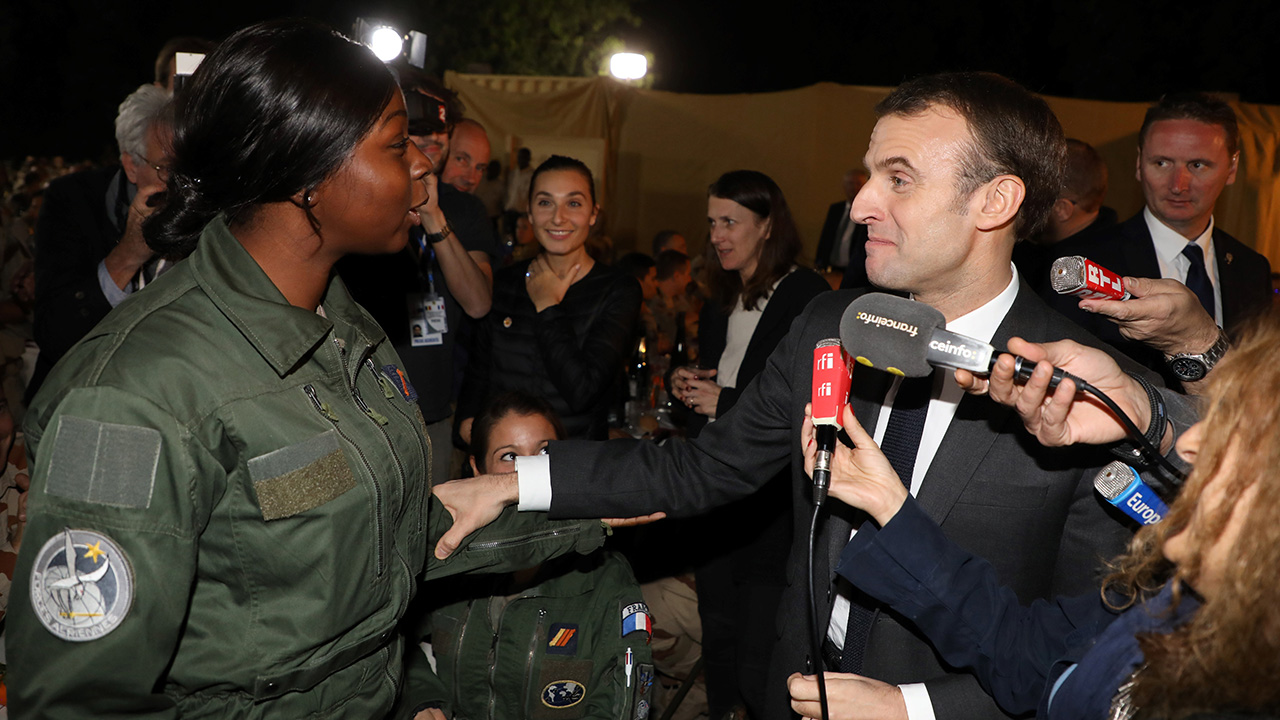 French President Emmanuel Macron celebrates the birthday of French soldier Nana (22) of Mali, from the Barkhane force during a dinner at the Barkhane tactical command center in N’Djamena on December 22, 2018. – The French president paid a pre-Christmas visit to French soldiers in Chad on December 22, bringing enough champagne, foie gras and chocolate for 1,300 troops along with him. (Photo by Ludovic MARIN / AFP)

Some 15 suspected jihadists have been killed near the Niger-Mali border by a joint franco-nigerien task force, the French military high command said.

“On the night of December 27 (…) an air raid mounted by fighters and Tiger attack helicopters struck” jihadists gathered near Tongo Tongo, in southwestern Niger, the high command said in a tweet overnight Saturday to Sunday.

Tongo Tongo was the site of an ambush on October 4, 2017 where jihadists killed five Nigerien and four US special forces’ soldiers.

Nigerien and French soldiers, backed by helicopters, took control of several key positions in the area before mounting a 48-hour sweep.

Overall, about 15 jihadists were “put out of action”, a term generally used by the military to say they were killed.

During the sweep, “some 20 motorbikes were recovered, along with 26 weapons, including machine guns, and ammunition, the high command said.

French Defence Minister Florence Parly praised the operation in a tweet as “an exemple of a successful joint operation in western Niger”.

“The strengthening of the G5 Sahel armies is continuing,” she added, referring to the regional force consisting of troops from Niger, Mali, Chad, Burkina Faso and Mauritania which has been set up to fight jihadists.

France, the former colonial ruler, has deployed a 4,500-member ‘Barkhane’ force in the region to conduct counter-terrorism operations.