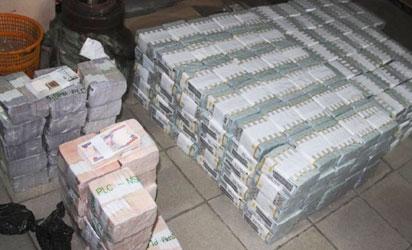 The financial experts said this in an interview , while reacting to expectations for the long-awaited first MPC meeting of the year.

Tella said that easing of the interest rate would reduce cost of borrowing as well as cost of production.

Tella said that the forthcoming MPC meeting of the Central Bank of Nigeria (CBN) that would be holding for the first time this year should be a welcomed relieve.

He said that the delay in confirmation of MPC external members by the National Assembly had created a big block in monetary policy formulation in the country when combined with outstanding approval of the 2018 budget.

According to him, NASS by implication has halted development in the economy for most part of 2018.

“This is because given the structure of the Nigerian economic environment, it takes between 12 and 16 weeks for implemented policy to produce outcomes,’’ Tella said.

Malam Garba Kurfi, the Managing Director, APT Securities and Funds Ltd., said experts expect the meeting to reduce MPR to 13 per cent from 14 per cent.

Kurfi said that review of the interest rate was long overdue considering the economic indices.

“MPR has been on 14 per cent rate for over 12 months, and all the economic indicators are looking forward,’’ he said.

According to him, members should pursue interest rate reduction since inflation rate has dropped to 14 per cent as well as fall in Treasury Bills interest rate to strengthen economic recovery.

The MPC meeting earlier scheduled for Jan. 22 and 23, was cancelled due to the non-confirmation of the MPC nominees by the Senate.

He also sought the confirmation of Mr Adeola Adenikinju, Mr Aliyu Sanusi, Mr Robert Asogwa and Mrs Asheikh Maidugu as members of the CBN’s MPC but the Senate has yet to confirm the nominees.

The Second Schedule of the CBN Act (Section 12(5) and 54, stipulates that the MPC shall meet at least four times in a year and that the quorum shall be six members, two of whom shall be the Governor and a Deputy Governor or two Deputy Governors.

The apex bank plans to hold its next interest rate meeting on April 3 and 4 following senate decision after political spat to commence confirmation of president’s nominees.

However, the Senate on March 22 confirmed the appointments of Mrs Aisha Ahmad and Mr Edward Adamu as deputy governors of the CBN.

It also approved nomination of three of the four members of the MPC.