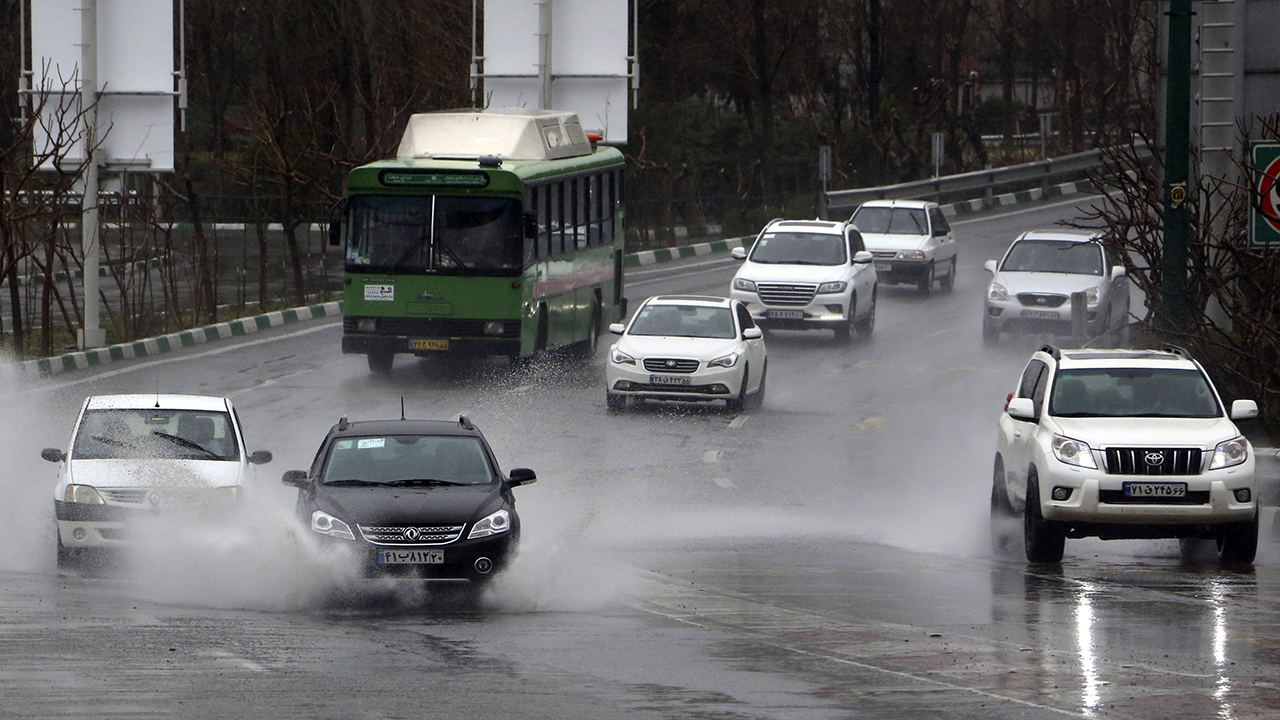 A picture taken on March 26, 2019, shows drivers on a wet road during a rainy day in the Iranian capital Tehran. – Major floods across much of Iran have left 19 people dead and more than 90 injured, blocking roads and triggering landslides with warnings of more heavy rain to come, emergency services said yesterday. (Photo by ATTA KENARE / AFP)

Iran battled torrential rain and floods across most of the country on Tuesday, warning citizens to stay vigilant after unprecedented flash flooding killed 23 people.

The authorities also announced for the first time that seven people were killed a week ago in separate floods that swept the northeastern provinces of Golestan and Mazandaran.

The latest deluge claimed the lives of 19 people and injured 98 in the worst-hit southern city of Shiraz, the rescue services said.

There was also one death in each of the western provinces of Kermanshah, Lorestan and Kogiluyeh-Va-Boyerahmad, and another in the southwestern province of Khuzestand.

The disaster, which the energy minister blamed on climate change, struck in the middle of Iranian New Year holidays, with many relief workers on vacation and millions of Iranians on the roads.

On Tuesday the authorities sent out emergency warnings to the public on mobile phones as state television aired safety tips, including on how to leave cars stuck in floods.

Supreme leader Ayatollah Ali Khamenei issued a message of condolence and urged officials to speed up relief efforts and compensation for victims of the floods, which the authorities described as unprecedented.

Overall, at least 110 people were injured in this week’s flooding, the health ministry said.

More than 25,000 had to be put up in emergency accommodation, according to the Iranian Red Crescent Society.

With at least 20 of Iran’s 31 provinces experiencing floods or facing an imminent threat and more than 250 cities and villages needing emergency assistance, the country’s National Crisis Management Committee was put on its highest alert level.

Iran’s meteorological service has warned of more heavy showers through to Wednesday, and flood warnings have gone out for central provinces including Isfahan and Tehran.

– Sandbagging in Tehran –
In the capital sandbags were laid at the entrances to underground stations as police made emergency plans to divert traffic from freeways already impeded by runoff from the downpour.

In top tourist attraction Isfahan, residents and travellers were evacuated from the banks of the Zayandeh Rood river over fears they would burst.

The river had been completely dry until recently due low rainfall.

As the weather front moves to the east of Iran, more and more regions of the country that had been facing chronic water shortages a few months ago have been inundated with water.

The downpour has triggered scores of landslides that have blocked roads, especially in mountainous regions.

One buried an entire village in Kogiluyeh-Va-Boyerahmad province shortly after residents were evacuated, the semi-official Fars News agency quoted its governor as saying.

Hundreds of villages in western Iran have been cut off with many also losing electricity and normal water supplies, forcing authorities to deploy military helicopters to try to save and supply those left stranded.

Overnight the crisis management committee sent out multiple text messages to all mobile telephones in Iran urging people to be cautious and await instructions from official sources.

“Remain calm when facing possible dangers… do not honk your car horns in mountainous regions as it might cause avalanches,” one of the messages read.

“Do not set up tents near rivers or mountainous areas… and most importantly do not cross bridges when floods are running underneath,” read another one.

The floods followed extreme rainfall which at times was equivalent to half of the average annual levels within 24 hours.

Such a widespread flood threat is unprecedented in arid Iran, which until 2018 was dealing with decades of drought.

“Climate change is forcing itself on our country,” said Energy Minister Reza Ardekanian, who is in charge of dams and water supply.

“These unprecedented floods in our country are because of climate change worldwide,” he said on Monday, quoted by the Tasnim news agency.