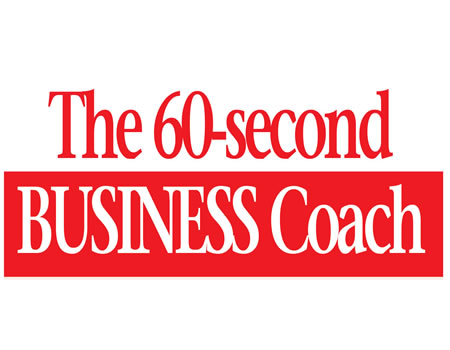 There’s huge pressure on leaders to keep employees engaged and inspired and to create workplaces that are fun and fulfilling. But sometimes these initiatives go too far and bottom-line business results suffer. Leaders turn overly soft and are so focused on making people happy that they forget to help employees be productive and efficient.

There are four fundamental leadership styles: Diplomat, Pragmatist, Idealist and Steward. Leaders can be effective or ineffective within each of these four styles, but one style in particular is at the greatest risk of being too soft—the Diplomat.

Diplomats prize interpersonal harmony. These leaders are kind, social, and giving, and typically build deep personal bonds with their employees. They’re often known for being able to resolve conflicts peacefully (and for avoiding conflicts in the first place). Working for Diplomats has been described as being more fun and social than working for other types of leaders. Diplomats put less emphasis on challenging their employees, focusing instead on putting their people in positions that leverage their strengths so they can reliably achieve success. And traditional measures of employee satisfaction are often very high for Diplomats.

A 5-minute conversation turns into 50 minutes

Imagine you give an employee a highly specific bit of constructive feedback (e.g. “this report is too long, shave off 1,000 words”). It’s the kind of feedback that requires no more of a response than “I got it, I’ll fix it now.” Now imagine that even though the feedback conversation should be done within 5 minutes, you find yourself engaged in a lengthy conversation with the employee about why they fell short, how that makes them feel, and why you’re somehow to blame for their mistakes.

Has that ever happened to you? If the answer is yes, that’s a good sign that you’ve become too appeasing. It’s good to encourage dialogue with your employees and it’s great when they feel comfortable sharing. But when employees believe they can talk themselves out of being criticized or held accountable, that’s a problem.

Your meetings get off topic and take too long

Have you ever been in one of those meetings where a few of the big personalities just dominate the conversation? They talk louder than everyone else, including you. All you hear are their thoughts, their ideas, their yeas and their nays. The quieter employees feel totally shut out from participating. And even when you try to rein them in, they manage to barge right through and keep dominating.

Ideally meetings are value-adding forums where all invitees participate. Isn’t that why you called all those people into the meeting in the first place? Yet, when we struggle to control the loudmouths, when they don’t respect our authority, it’s a sign that we’re not being forceful or commanding enough.

Of course people should talk. Intense conversations can signal a healthy team. But there still needs to be someone in the room with enough power to keep the conversation on track, on time and thoroughly professional.

It’s troubling when a leader is regularly sucked into employee conflicts. In an ideal world, employees would act like adults and resolve conflicts themselves, reserving the boss-as-mediator for only the most serious issues. But when a leader has become too accommodating, employees quickly figure out that they plead their case to the boss and the boss will intervene on their behalf. It’s actually quite similar to the games that our kids play; whether it’s “ma, he’s looking at me funny” or playing one parent off another.

When the leader has a no-nonsense, ‘suck-it-up’ reputation, these manipulations are rare. But when the leader is seen as overly accommodating or appeasing, these games will be a frequent occurrence.

There isn’t an organization on the planet that doesn’t have employees who make mistakes. That’s the price of doing business. But when you see employees making the same mistakes again and again, that’s often a sign that they haven’t gotten the message that they need to improve. And that’s often the result of employees believing that their gentle leader won’t really follow through on enforcing consequences.

I’m not suggesting that leaders move to the opposite extreme, where employees are risk-averse and paralyzed by fear of being fired. That’s every bit as damaging. Rather, the effective leader will find the middle ground of mistakes may be inevitable, but we all must strive to avoid making the same mistake repeatedly. Employees need to know if they don’t take their mistakes seriously, and work diligently and earnestly to improve, the consequences will be more than just a leader’s look of disappointment.

One of the biggest leadership tests is: are your people learning new things? Because if they’re not, they’re not growing and developing and it’s a likely sign that your leadership style is too soft.

Making sure that people learn really isn’t that difficult. Once a month ask your people “Hey, what’s something you’re better at now than you were last month?” If they don’t have an answer, follow up with questions such as, “What would you like to get better at this next month?” and “What new skills are you going to have to develop this next year to reach your big goals?”

Give your people HARD Goals that challenge them and push them outside of their comfort zone and let them know that you believe they can do it. What’s interesting to think about is when you ask leaders, “What were the most significant goals you’ve ever achieved in your life, were they easy, or were they hard? The answer is always hard. And yet, those same leaders give employees too easy goals that are achievable and realistic and then wonder where the greatness is.

The post 5 signs your leadership style is too soft appeared first on Tribune Online.