It was about 5:30pm on Thursday, in the thick of the Lagos rush hour, when a fuel-laden tanker lost control and went ablaze on Otedola Bridge in Berger, Lagos, bringing the lives of many to a sudden end.

According to the Federal Road Safety Corps (FRSC), nine persons died in the accident, four were injured while 54 vehicles were burnt — but eyewitnesses say those numbers may be conservative.

Just beside the scene of the deadly accident is an uncompleted filling station that could have made the inferno more disastrous if it were in use.

The outward shed where fuel pumps are meant to be stationed were terribly burnt and the building had become darkened by the flaming fire.

Inside the building is a makeshift shop where 52-year-old Olaide Animashaun has been selling beverages, alcoholic drinks and petty goods for the past three years. 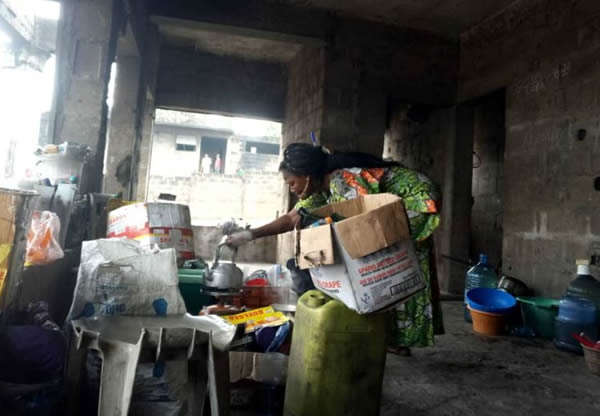 When the accident took place on Thursday, Olaide’s granddaughter, Opeyemi, had just returned from school and was preparing noodles with a gas stove while she was attending to her trade.

But suddenly, she heard the driver of the truck shouting ‘brake o, brake o’ as the fuel-laden vehicle started descending the slope. The truck had attempted to ascend the high section of the road but lost control while the brake also failed to put it to a stop, she said.

“When the break failed, it started reversing. When it was about colliding with the cars, we started shouting. The truck driver tried to avoid the cars and the other people with him were trying to wedge the truck, but it was jumping the woods and wouldn’t stop. The tanker fell with a loud bang and the content spilled,” Animashaun said.

“It happened before my very eyes. There was no hold up at that time but the vehicles were moving slowly. When they realised that the truck was running backwards, the vehicles behind started turning away from its lane.

“Immediately I saw that the petrol flew up and started spreading, I didn’t wait to see what would happen next. Opeyemi, my granddaughter, just came back from school. She was preparing noodles. I switched off the gas cooker and I grabbed her. We jumped the window, left all my goods behind and we started running. I told her to start running. I know how inflammable and dangerous petrol is.”

Animashaun said some of the victims of the explosion failed to take flight immediately the incident took place. She also contested the official number of victims, saying a “whole school bus of children was consumed”.

“Before we moved out of the building, we heard a loud sound like a bomb. The official figure is not correct; more than nine people died, so many children. More than 50 people could have died. More than 70 cars were destroyed. People were burnt beyond recognition,” she said.

“Some of them could have survived but they didn’t run immediately. They were trying to make a U-turn. A whole school bus of children was consumed. A woman driving a Lexus jeep and her children were also consumed. Assuming I didn’t run when it spilled, it could have caught up with us here. See how my goods are affected.” 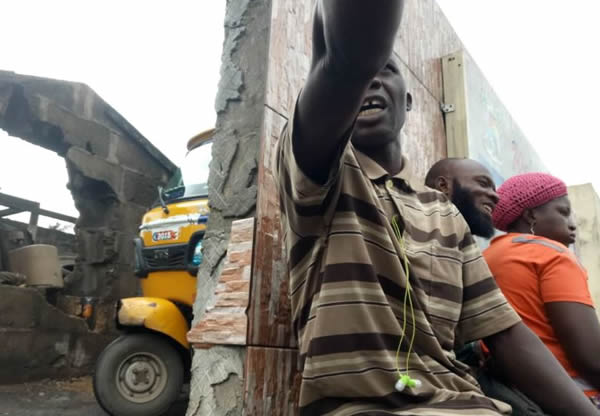 Pastor, one of the tricycle drivers stationed in front of Otedola Estate, said the fire incident was so tragic that none of them could wait nearby as it consumed a brand new tricycle in their park.

He said they counted more than 74 cars destroyed in the fire after it was quenched.

Pastor said: “We counted more than 74 cars yesterday and they had packed some before we counted. It consumed one of our tricycles here, a brand new one. They tried to wedge the truck but they couldn’t.

“There was no way that most of them could have easily escaped because the whole place was blocked by vehicles that were trying to escape. The driver was shouting break failure when the truck started descending. As people were running, the fire was following them and caught up with some.”

Most of the survivors of the accident were taken to Gbagada General Hospital and Lagos University Teaching Hospital (LUTH).