You are here
Home > HEADLINES > Adeosun: Buhari may settle for clemency 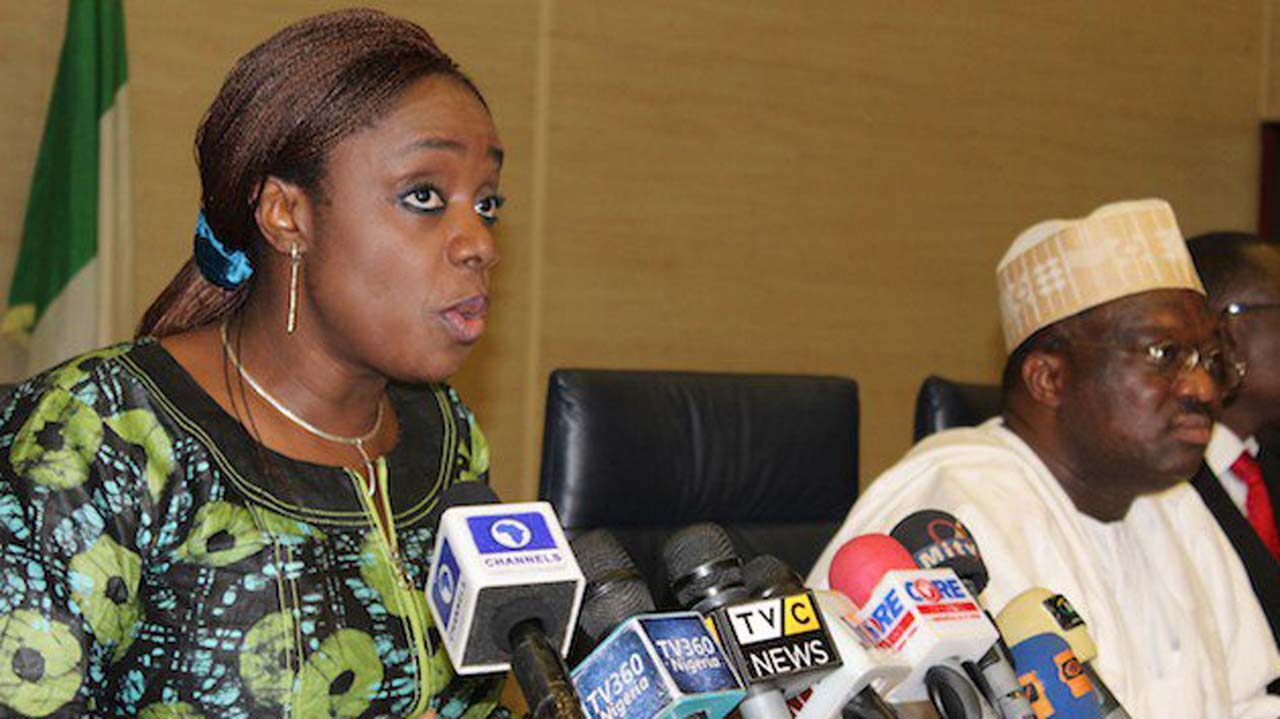 But sources from Ogun, the embattled minister’s home state hinted that the Federal Government may have reached a position on the matter, seeing that the case against the minister appears watertight. To save face, the Buhari administration may be considering ‘pardon’ for the minister, ‘in view of the great works she has done for government — bailing out the country from recession and stabilizing the economy. ’

On why the minister and the government chose to ignore calls for responses to the allegation, the source said it is a psychological game plan to stonewall and force the matter to die down. It is the script of minders of the minister in her home state to put on bone-face as they say in local parlance or ogboju in Yoruba. Otherwise, the minister is said not to be such a hard character, but is prevailed on to pretend she is unruffled.

The story of the alleged forgery came to light via a well-investigated piece first published in the Premium Times Newspaper on July 7 this year.

In the piece, the online newspaper reported that Adeosun, did not participate in the mandatory one-year national youth service scheme, which is compulsory for all Nigerians who graduate from universities or equivalent institutions at less than 30 years of age, instead, she forged an exemption certificate many years after graduation.

In addition to being a requirement for government and private sector jobs in the country, the enabling law prescribes punishment for anyone who absconds from the scheme, or forges its certificates, while eligible Nigerians who skipped the service are liable to be sentenced to 12 months imprisonment and/or N2, 000 fine, according to Section 13 of the NYSC law.

Section 13 (3) of the law also prescribes three-year jail term or option of N5, 000 fine for anyone who contravenes provision of the law as is alleged Mrs Adeosun has done.

Subsection 4 of the same section also criminalises giving false information or illegally obtaining the agency’s certificate. It provides for up to three-year jail term for such offenders.

Mrs. Adeosun’s official credentials, which the newspaper obtained indicates that the minister parades a purported NYSC exemption certificate, which was issued in September 2009, granting her exemption from the mandatory service on account of age, even though Folakemi Oguntomoju, as she then was, graduated from the Polytechnic of East London in 1989, at the age of 2002.

Since the scandal broke, neither the minister nor the government that hired her has deemed it appropriate to clear the air on the alleged forgery. Many newspaper editorials and civil society groups have demanded response from the government, either to commence investigation or ask the minister to step aside while the matter is being investigated.

Government thinking on the matter may have been voiced out by Chairman of the Presidential Advisory Committee Against Corruption (PACAC), Prof. Itse Sagay, who in a recent interview reportedly said Adeosun cannot be allowed to go just because of NYSC certificate, because of the value that she is adding to the Buhari-led government.

“Let me tell you my reaction. This woman is a brilliant and extremely valuable member of this government. A lot of the good things happening now – the welfare that Nigerians are enjoying and are going to enjoy, because it takes time, and the way our economy is booming, how we got out of recession – are due to her expertise, her commitment, her sacrifice. There is nothing in this world that will make me remove such a woman from the government. The PDP can weep from now until there is no tear in their body; she is going to be there. We cannot afford to lose that woman. Who cares about youth service? I don’t bloody care whether she did youth service or not. It’s irrelevant as far as I am concerned. I don’t believe it. I don’t see anything serious about not doing youth service. I don’t see anything serious about it. That’s my own bias, not government’s. I’m telling you now. If I were President Buhari, I would never, ever touch that woman because she’s damn good,” he said.

As the Federal Government allegedly tinkers with the idea of granting her clemency, legal practitioners insists that only ex-convicts are qualified for presidential pardon.

According to the Chairman of the Nigeria Bar Association (NBA) Section on Public Interest and Development Law (SPIDEL), Dr. Paul Ananaba (SAN), as at now, the minister is not worthy of such pardon since she has not been convicted by a court of competent jurisdiction. Consequently, the best thing, he pointed out, is for the state to follow due process and let her defend any charge that would be br ought against her.

“In the event that that happens, the government has powers, through the office of the Attorney General of the Federation to enter nolle prosequi to stop the proceedings. That is a constitutionally guaranteed power, but I do not see any President coming directly to stop legal proceedings.

“If that happens, it will affect the fight against corruption and besides that, it will not be morally right. The President presently has a lot of respect all over the world about his uprightness in ensuring that things are done properly, so I don’t see him directly intervening in such manner,” he said.

According to him, only when the minister or any Nigerian is convicted that the President can exercise his prerogative of mercy. “Pardon is only for a convict. If there is no conviction, such pardon would be resting on nothing, it cannot be activated,” he declared.

For Aba, Abia State-based Senior Advocate of Nigeria (SAN), Chibuike Nwokeukwu, certificate forgery is not an offence against the President, but an offence against the Nigerian State. So, “The law does not accommodate prerogative of mercy for an alleged offender. He/she must have been tried and convicted. It is an action by the state towards a convicted criminal. At the moment, it is merely an allegation. She can only be a criminal if a court of competent jurisdiction has found her guilty. Again, it is the state that prosecutes. So, if government doesn’t wish to prosecute her, there’s nothing anyone can do.”

In his submission, Benin-based legal practitioner, Mr. Solomon Ukhuegbe, similarly noted that state pardon is only necessary where a crime has been committed. “As I understand it, NYSC has not yet concluded its investigation of the alleged forgery,” he stated.

“Even so, my view is that the presidential power to pardon in Section 175(1)(a) should not be used for political favours. At any rate, this power can only be lawfully exercised after consultation with the Council of State” as enshrined in section 175(2).

“Pardon is after conviction but not before. It is in the Nigerian Constitution under the prerogative of mercy. The section affects the governors and the president. Right now, the President doesn’t have the powers because she has not been charged and has not been convicted, so the President cannot do it. Anything he does today in that regard would amount to corruption of the highest order.

“The issue of clemency does not arise at all. As a matter of fact, clemency is even when it has to do with capital offences,” he stressed.

Agreeing with others, a human rights lawyer and activist, Chief Mike Ozekhome (SAN) said forgery is a serious felony both under the Criminal Code and Penal Code.

“It is not pardonable until prosecuted. It is not a civil matter that can be condoned, forgiven or traded away. No matter how long the government plays the ostrich, Adeosun’s forgery of NYSC certificate can never abate! It is an albatross on the neck of the government, exposing its crass hypocrisy, untrammelled corruption, impunity and cluelessness,” he stated.