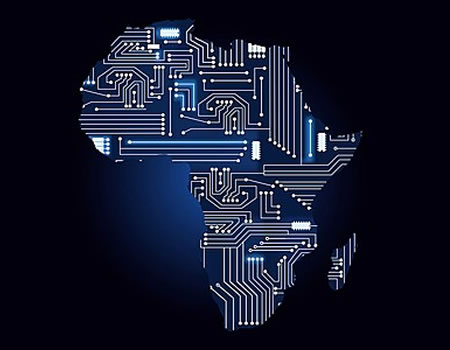 The Chairman, Board of AFICTF, Mr Tony Ojobo, who made the assertion at the inauguration of the AFICTF Board in Lagos last week, said  that African countries had been left behind in ICT revolution around the world.

Ojobo said that the advancement in technology in developed countries had translated to major economic gains and enhanced standard of living for the citizens.

He said the innovations being witnessed in the ICT sector were reverberating all over the world, thus opening new business opportunities for companies in Europe, Asia and North America.

According to him, unfortunately, Africa seems to be in deep slumber while other continents are on the march to prosperity for posterity.

“The sad thing is that most of the innovations find their way to Africa which has remained a major consumer of these innovations.

“This state of affairs must be addressed by African countries.

“At the level of the African Union, there has to be a concrete policy direction for ICT development and innovations in the continent.

He noted that the continent faced serious challenges arising from population explosion and rising unemployment, which portends danger for the continent if not addressed.

He said that the rise in the rate of criminal activities could be traced to unemployment in Africa.

Ojobo said that this underscored the need for a concrete African ICT Roadmap to encourage innovation and job creation.

He said that the rise in ICT Innovation Hubs in the continent was, therefore, a welcome development in this direction.

According to him, companies such as CoCreation Hub (CcHub), Andela and a number of ICT Hubs around the continent gave hope to the people.

“Recently, CcHub established an innovation hub in Rwanda with the active support of the Rwandan government.

“Rwanda has become the beacon of hope and the poster boy of ICT innovations and development in Africa.”

“The reports of ICT innovations coming from Rwanda should be studied by other African countries.

“I believe that in the near future, AFICTF may have to pay a visit to that country to see what can be adopted in formulating ICT policies for African countries,” he said.

Ojobo said that the four critical factors necessary for ICT development in the continent, the 4As of ICT development and deployment, are Awareness, Access, Adoption and Application.

“The need for the nations in the continent to be aware of the capabilities that ICT offers in terms of GDP growth and job creation is imperative.

“Our leaders need to embrace the use of ICT by adopting it for ease of business and processes required for industrial growth. Technology not applied cannot deliver the desired dividends.

“In this connection, the foundation will work to advocate for policy development in the areas of emerging technologies such as Internet of Things (IoTs), Artificial Intelligence (AI), Big data and Robotics among others,” Ojobo said.