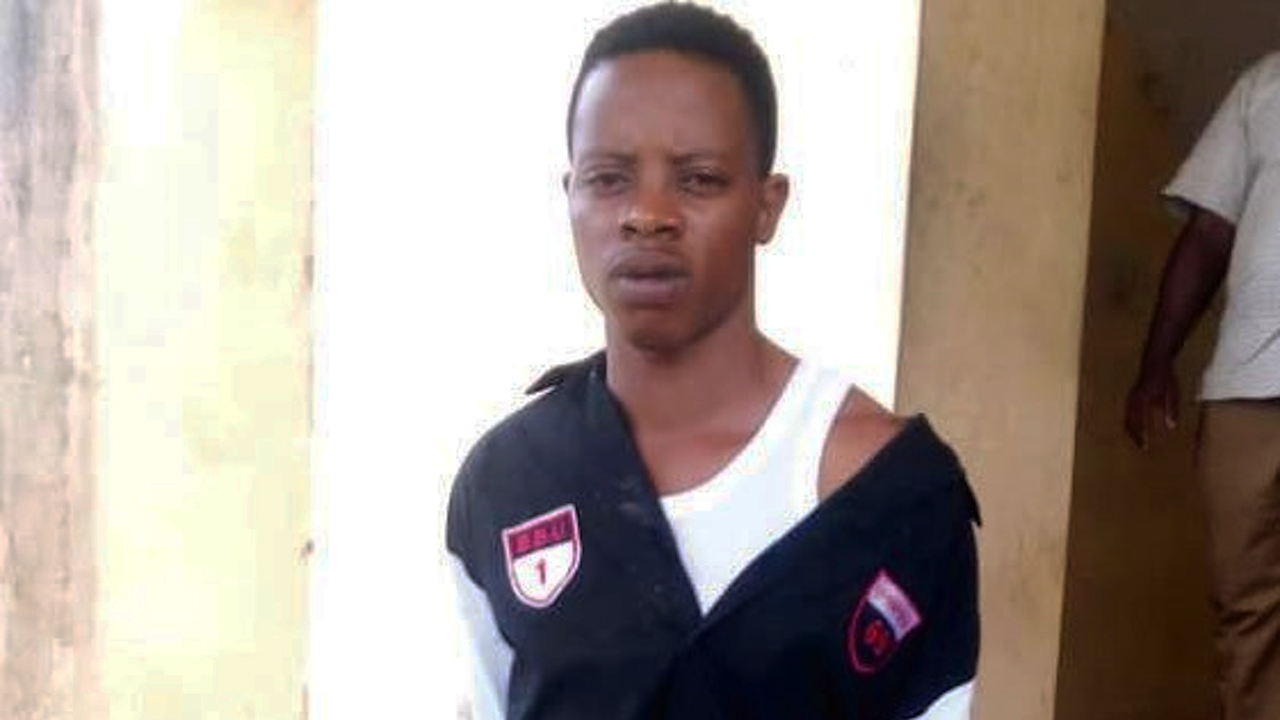 More revelations were unearthed by the Lagos State police command at the weekend in the gruesome murder of Chief Opeyemi Bademosi, at his Parkview Estate, Ikoyi, Lagos residence on October 31.The prime suspect and Togolese chef, Sunday Adefonou Anani, has made more disclosures after he was availed the services of a French lawyer. He had earlier denied culpability in Bademosi’s murder, but after being confronted with CCTV footages of the crime scene, he recanted.

According to the command’s spokesman, Chike Oti, the journey that eventually ended the life of Bademosi, a business mogul and an Ondo State indigene, began in Ondo town, in the deceased home state, on October 25, when one Kofi Friday, aged 27, returned from Togo to Nigeria and called his compatriot and murder suspect, Sunday Anani, aged 22, to his house at Yaba area in Ondo town to deliver messages from home.

“When the suspect visited Kofi, his cousin, he was told that Kofi had helped to secure him a job as a cook in a rich man’s house in Ikoyi, Lagos through one Agbeko Ayenahin, a male friend of Kofi. The suspect was subsequently taken to the deceased house in Ondo on Friday, October 26. The deceased usually visit his home state every last weekend of the month; so on Sunday, October 28, he brought the suspect to Lagos to start work as his chef.

“Three days after, Wednesday, October 31, the suspect with the intention to rob the deceased, made his way to Bademosi’s room through the kitchen, which was the scene of crime, when he observed that the woman of the house, Mrs. Ebunola Bademosi, had left home for a bank transaction.

“According to the suspect, when he got to the deceased room and met him on the bed, he said, ‘Chief, I am not here to kill you.’ The deceased asked him ‘what do you want’ and he replied ‘money.’ The deceased said he had no money in the house. At this point, the suspect said he tied him up with a cloth and put him on the floor.

“He went further to say that the deceased while still on the floor kicked him causing the knife he tucked inside his pants to fall off. He added that the deceased crawled to pick the knife but he (suspect) was faster; that Bademosi struggled with him and the knife accidentally pierced the deceased. He said that while exiting the room, the deceased took the knife to stab him, so he kicked the man who fell down, before stabbing the deceased twice on the chest, which added to three knife stabs.

“When he was done killing the man, he entered his bathroom and threw away his apron already stained with blood and the kitchen knife used as murder weapon. He thereafter heard a knock on the kitchen door. Sensing it must be the deceased’s wife, he ran out of the room and exited through the sitting room door.He was confronted by the guard at the gate, one Nura Mamudu, who asked him where he was hurrying to and he replied ‘madam sent me on an errand.’”

Continuing, Oti narrated: “Finding himself in the street, the suspect came across some men loading cement into a Dangote truck. He assisted them and they rewarded him with a lift to Ondo State and the sum of N500 given to him by the truck driver in appreciation.

“Investigation into the case revealed the following facts:  That the suspect committed the offence when the deceased’s wife went to Polaris Bank, Falomo branch, for a transaction; that the suspect fled the crime scene when he heard knocks on the door of the kitchen door to Ondo for refuge; that the deceased’s wife entered the crime scene through the sitting room after knocking several times on the kitchen door without response from the suspect.

“That the stolen Samsung phone was recovered from the suspect upon his arrest in Ondo; that the kitchen knife used in killing the deceased was found inside the deceased’s toilet; that the suspect’s apron found at the scene of crime was soaked with blood; that the suspect broke down in tears and confessed to the act after he was confronted with evidence of the CCTV footage; that the suspect led the investigation team to the crime scene demonstrating/reconstructing how he carried out the crime.”

“That samples recovered from the scene of the incident have been handed over to Forensic and DNA Department of Ministry of Justice for examination and analysis; that the autopsy report attributed the cause of death to (a) Bilateral Haemothorax (b) Laceration of the lung and intercostal vessels and (c) Multiple sharp force trauma to the chest; that the suspects Kofi Friday, Agbeko Ayenahin, Salisu Hussein and Nura Mamudu are not linked to the crime.

“In conclusion, investigation has established a prima facie case of armed robbery/murder of Opeyemi Bademosi, male, aged 67 against Sunday Adefonou Anani, male, 22 years. It is evident that the suspect single handedly committed the crime by stabbing Bademosi to death with a kitchen knife with intent to steal from him. To this end, the suspect will be arraigned in court while the other suspects who are not linked to the crime will be released to reliable sureties.

“The Commissioner of Police, Lagos State command, CP Edgal Imohimi, has directed that the case file be duplicated and forwarded to the office of the Directorate of Public Prosecution (DPP) for vetting and legal advice. He thanks Lagosians for keeping faith with the police and for their patience throughout the duration of the murder investigation, which took the command a record two days to unravel and apprehend the suspect.”