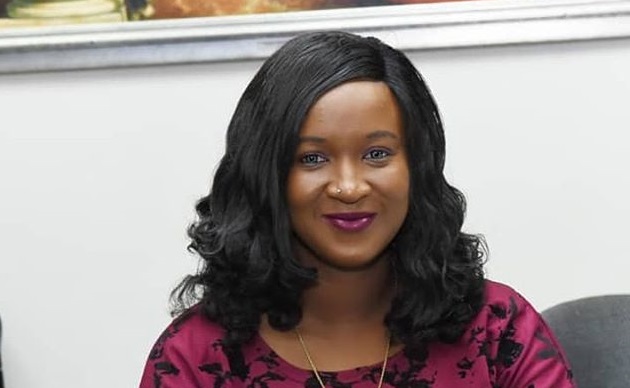 The head of media committee for Babajide Sanwo-Olu Campaign Organisation, Olusesan Daini has said Funke Phillips was on the committee during the campaign.

He told The Guardian on Friday that Phillips, accused by an ex-BBC Pidgin journalist Ruona Meyer of intellectual property theft, came to work for the campaign through a consultant.

Sanwo-Olu, Lagos State governor-elect, was the governorship candidate All Progressives Congress in 2019 elections.

But he later said he met her in September 2018 and they worked together on the Sanwo-Olu campaign’s media committee when her Twitter profile was shared with him.

Meyer said she originated The Beverage Space, a blog and event portal on the business of drinking from a female perspective in 2015 and that she brought Phillips in to work with her.

Living in Germany, Meyer noted that she needed Phillips to be the “face” of the business in Nigeria.

Meyer insisted that Phillips only contributed her time and energy but never made any financial or intellectual inputs.

“I set up all email, Twitter, Instagram, Facebook accounts, paid a designer to make a logo (seen here for August 2015), everything. All @FunkePhillips had to do was go to events/bars, send in little notes, writings,” Meyer said in a Twitter post on Friday morning.

“I handled the blog, edited written copy, tapped my contacts in Corporate Communications, PR & media in general, to boost our networks. @FunkePhillips had no money at the time, so I handled practically all costs.”

She insisted all forms of relationships ceased in 2016 after a background check revealed that Phillips has pending drug charges against her.

But a short bio on thebeverageroom.co claimed Phillips launched The Beverage Room, which Meyer said was founded based on her original ideas, in 2015 to “chronicle her love for Coffee, Wine and Spirits. She started an Instagram, Facebook page and a blog sharing tips, tricks, findings and other things.”

Phillips (listed in court documents shared by Meyer as Philips Esther Olufunke) was charged by the National Drug Law Enforcement Agency (NDLEA) with illegal possession of 3.14 kilogrammes of cocaine in 2007 before Justice P.I Ajoku of the Lagos Division of the Federal High Court in 2007.

She was later granted bail. Meyer said Phillips told her she “went through a lot to settle the case.”

Daini, who headed Babajide Sanwo-Olu’s media team during the campaign said, Phillips was diligent when she worked with him and that he was surprised to hear about Meyer’s allegations.

When asked if he recruited her for the campaign, Daini said she was contracted to consult “for the purpose of election”.

“When you are progressing some people will want to be looking for your downfall at all cost,” the source said.