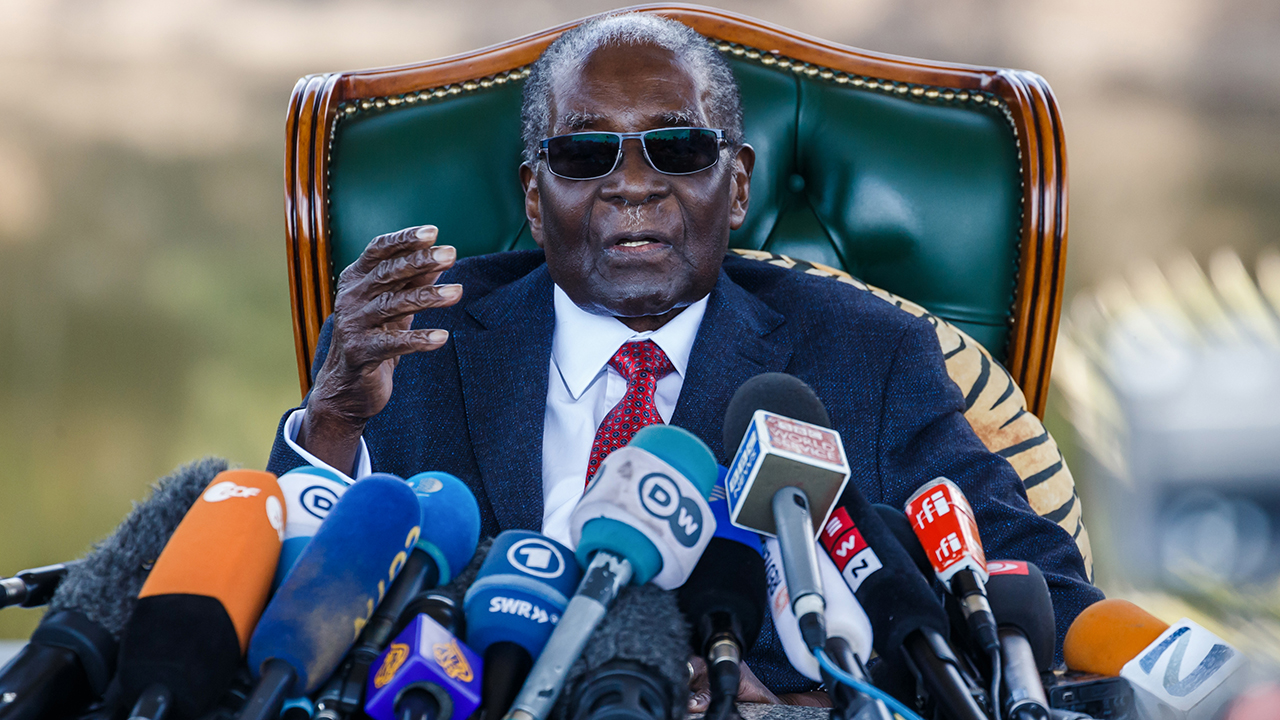 (FILES) In this file photo taken on July 29, 2018 former Zimbabwean President Robert Mugabe addresses media during a surprise press conference at his residence “Blue Roof ” in Harare, on the eve of the country’s first election since he was ousted from office last year. – Mugabe, who held power since independence from British colonial rule in 1980, presided over Zimbabwe’s decline from a regional power with huge potential, to a ruined country from which millions fled. Many hoped his fall would mark a new era for the country and a re-birth of its economy, but Chihota says business at his plastic manufacturing firm is at its slowest since he started eight years ago. (Photo by Jekesai NJIKIZANA / AFP)

Mnangagwa told his ZANU-PF party supporters at a rally that the 94-year-old Mugabe had been receiving medical care in Singapore for the past two months.

“He (Mugabe) is now old. Of course, he now is unable to walk but whatever he asks for we will provide,” Mnangagwa told hundreds of supporters in Mugabe’s home area of Zvimba, about 100 km (60 miles) west of the capital Harare.

He said Mugabe was expected back in the country at the end of this month.

“He should have been back on October 25 but his health was not yet good,” Mnangagwa said.

“But yesterday we got a message that he thinks he is getting better. He will come back on 30 November.”

This month marked a year after Mugabe was toppled in a brief military intervention to end his 37-year grip on power.

Mnangagwa took over from Mugabe and was elected in disputed July 30 elections. He has vowed to revive Zimbabwe’s ailing economy by attracting much needed foreign direct investment.