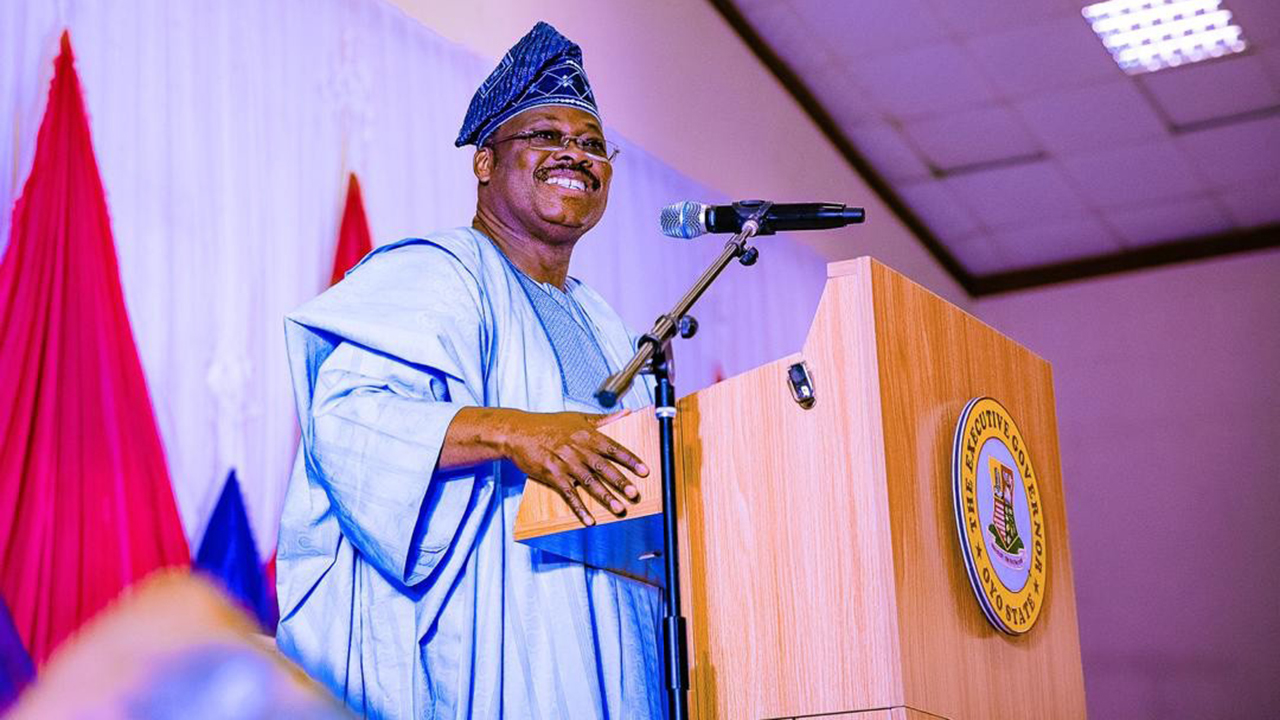 Okauru, who spoke during a courtesy call on Ajimobi in his office, said the governor “ had so far raised the bar of good governance in spite of numerous challenges.’’

The News Agency of Nigeria(NAN) reports that Okauru, who graduated from the University of Ibadan 20 years ago, was in Ibadan to receive an award at the institution.

Okauru said the governor’s vision of a modern, safe and investment-friendly state was evident in the massive infrastructural projects executed across the state.

“Ibadan has changed. It is now clean. There is massive development with a thriving economy and I think this government has done so well.

“I think we have got a solid foundation created in the last eight years of the Ajimobi administration. This is not the same Ibadan that I left as a graduate 20 years ago.

“I have visited a number of other cities and I think a lot has happened here within this period such as the wonderful road networks in spite of the economic downturn,” he said.

He said that Ajimobi had in spite of funding and capacity issues managed the state’s economy well, adding that his leadership style was worth emulating.

“ This solid foundation created in the last eight years of the Ajimobi administration must be built upon by whoever will take the baton .

“There is always work to do in a society and that is why we have government. As citizens, we should appreciate the Ajimobi administration for his giant strides despite
funding and capacity challenges,’’ he said.

Ajimobi commended Okauru for the visit, assuring him of the administration’s commitment to the protection of the socio-economic well being of the people.

The governor said that his administration had since inception in 2011 embarked on infrastructure development as well as security, education, agriculture and health care programmes.

The governor said that his government had built more roads than all the previous administrations combined since the inception of the Fourth Republic.

“Our administration has introduced highly rated policies in education, health care delivery and security which others now understudy for replication in their respective states

“No fewer than 36 companies had been attracted to the state in the last seven years, generating about 4,000 direct employment for residents according to figures from the Manufacturers Association of Nigeria.

“Our state was rated fifth most investment-friendly by the National Bureau of Statistics, having attracted more than $61million (N22.4billion) in foreign direct investment,” he said.