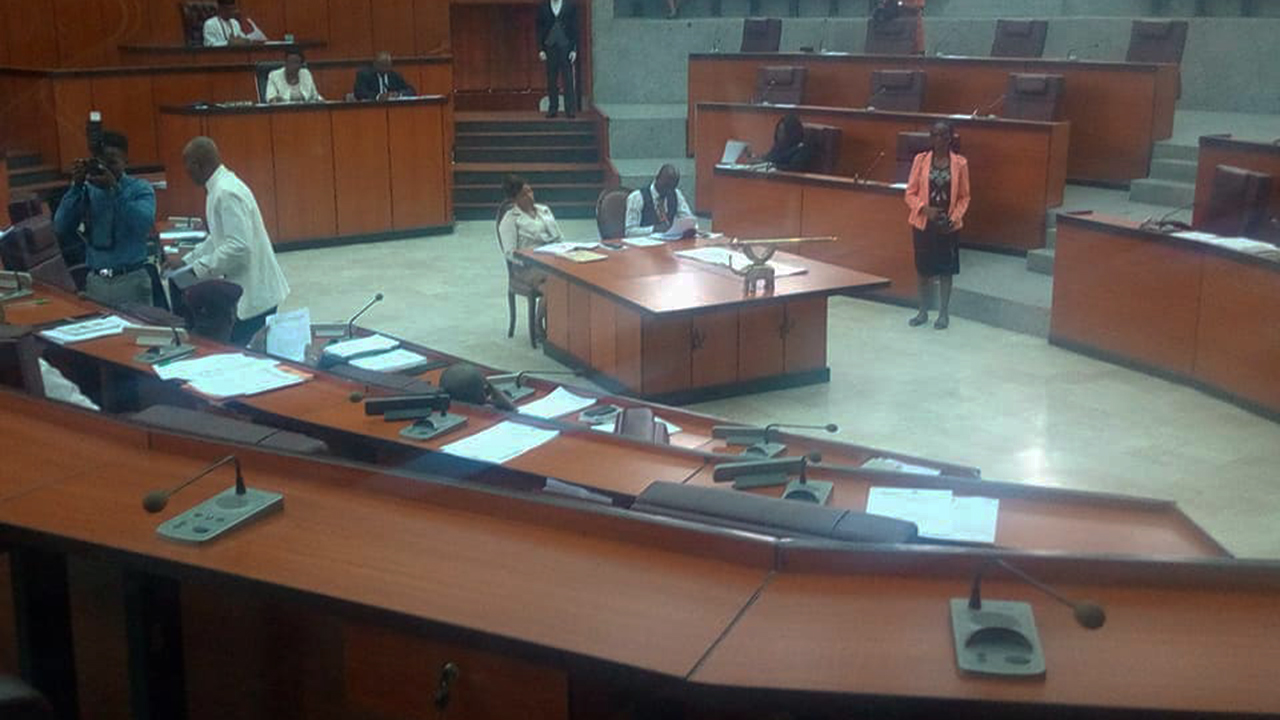 The Speaker, Mr. Onofiok Luke, said the action of the House was in line with section 109 sub-section 1(G) of the 1999 Constitution as amended.

The sitting was held under tight security, following early morning blockade of all routes leading to the assembly by hoodlums alleged to be All Progressives Congress (APC) youths.

They blocked Udoudoma road, the major route to the assembly, with burn fires, but the blockade did not stop the members from sitting as security operatives were on ground to check what would have resulted to mayhem around the assembly complex.

The action of the thugs may not be unconnected with the ruling of a court which sacked the member representing Itu constituency, and the fact that the House had planned to hold its sitting on Monday morning against Tuesday because of the public holiday.

The state’s branch of the Peoples Democratic Party (PDP), in a statement signed by its Publicity Secretary, Mr. Ini Ememobong, had alerted the people to an alleged planned attack on the House of Assembly by the APC.

“We are in receipt of credible intelligence highlighting plans by the opposition APC to use thugs to invade the House of Assembly and prevent the House from carrying out its legitimate business of law making. The thugs, we have been reliably informed, are camped in Ikot Ekpene and will be conveyed in buses to Uyo. On arrival at Uyo, they will be dropped at different locations (Abak road by secretariat junction, Itam junction, Uyo village road by Ikpa road) from where they are expected to board tricycles in pairs and head towards the assembly.

“Another set of thugs is expected to accompany the ousted lawmaker, Mr. Idongesit Ituen to attempt to force his way into the assembly.

“The motive of this invasion is to prevent the Speaker from declaring vacant the seat of the sacked legislator. This invasion has as its adjunct function, the creation of tension as a feeder to the desired invitation of ‘Federal might’ to close the assembly. The fact of the matter is that by the judgment of the Federal High Court, Uyo delivered in a suit filed by Ituen, the court held inter alia that by his defection, he had lost his seat and ipso facto restrained the Speaker or any of the officials of the assembly from recognizing or granting access to the said former legislator.”

As a fall out of the incident, some members of the assembly have elected the embattled Ntuen as their new Speaker. They include the five members whose seats were declared vacant earlier in the day.

Ituen told journalists in Uyo yesterday evening that their decision to change the Speaker followed members’ lack of
confidence in his ability to lead the assembly.

He described the process that led to their sack as illegal, null and void, alleging that the House rules and procedures were not duly and legally followed.