You are here
Home > HEADLINES > Alleged N18bn fraud: I was given N25m to give ex-MD of NSITF, witness alleges 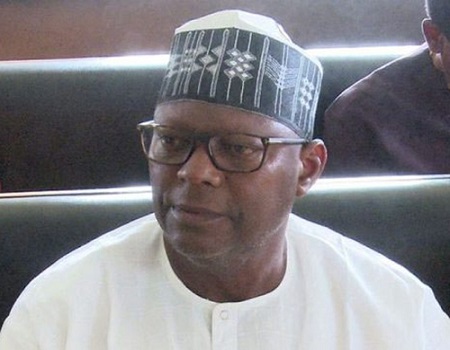 A prosecution witness Alhaji Aliyu Zubairu, told an FCT High Court that he was given N25 million to give to the former Managing Director of the Nigeria Social Insurance Trust Fund (NSITF), Umar Abubakar.

Zubairu, a former Deputy General Manager and Head of Corporate Affairs of the NSITF, alleged that the money was given to him by a Media Consultant.

“I gave the N25 million to Mohammed Inuwa, the then technical assistant to Abubakar on his instruction since he was not in the country.

“I did not know what the money was for. All I did I did was to receive the money and gave it to my boss’ aide,” he alleged.

ALSO READ: Court to rule on no case submission of ex-NNPC GMD, Yakubu May 16

The prosecution counsel, Steve Odiase, told the court that, between 2012 and 2015, the defendants received kickbacks in dollars in the discharge of their duties.

Odiase also alleged that the defendants diverted the contributions from the Federal Government of Nigeria as take-off grants and Employees Compensation Scheme (ECS) for Ministries Departments and Agencies (MDAs).

After hearing the testimony, Justice Silvanus Orji adjourned the case to May 10, June 11, June 12 and for cross-examination of the witness.

NAN reports that the defendants pleaded not guilty to the charge preferred against them and were admitted to bail in the sum of N50 million each with two sureties each in like sum,

The post Alleged N18bn fraud: I was given N25m to give ex-MD of NSITF, witness alleges appeared first on Tribune Online.