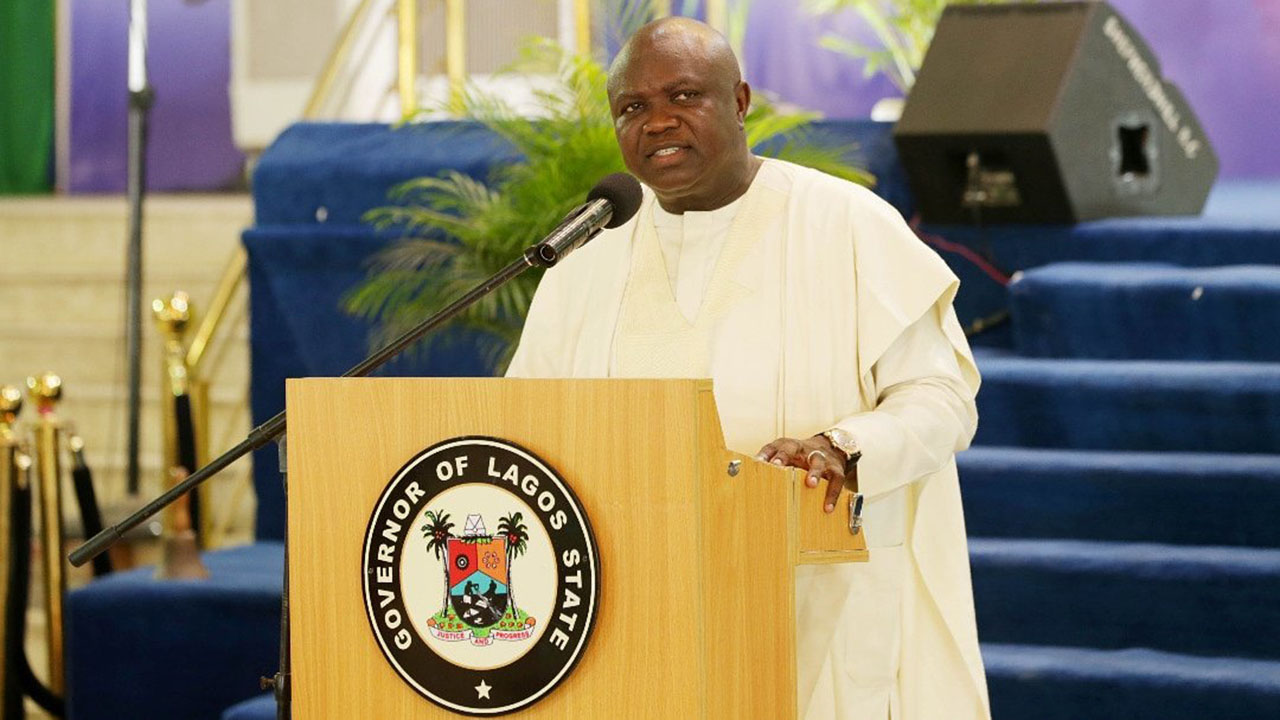 Decked in a black agbada (traditional flowing gown), Lagos State governor, Akinwunmi Ambode, about 2.33pm yesterday, walked into the House of Assembly chamber to present the 2019 budget, which lasted about 30 minutes.The budget, the most delayed in over two decades, had been a source of rancour between the legislative and executive arms.The assembly hall, which had a half empty gallery, and the environment were devoid of the usual razzmatazz of budget presentation.

Journalists, governor’s aides and staff of the assembly populated the gallery, which was not usually the case. Although some members of the Governor’s Advisory Council (GAC) were present, party members, especially aso ebi (uniform) women, were not on hand to add colour to the event.

There was also less pomp and ceremony; no assembly choir to entertain at interludes of different speeches. Ambode expressed happiness in proposing a budget of ₦N852,316,936,483. “The 2019 budget has the following key components: recurrent expenditure of ₦389.56 billion and capital expenditure of N462.757 billion,” he said.

Projected total revenue is ₦N775.231 billion, of which ₦N606.291 billion is expected to be generated internally, while ₦N168.94 billion is expected from federal transfers and ₦N77.086 billion to be sourced through deficit financing within the medium term expenditure framework (MTEF), according to the budget.

“In 2019, as was with our previous budgets, economic affairs still dominate the sectoral allocation of the proposed budget. This is due to our continued focus on the completion of major on-going projects such as: Oshodi/Murtala Mohammed International Airport Road, Agege Pen Cinema flyover, Phase II of Aradagun/Iworo/Epeme road, Oshodi Interchange Terminal, completion of JK Randle Complex in Onikan Stadium, Imota Rice Mill, Renovation/Furnishing of Lagos Revenue House, among others, to meet their specified deliverable outcomes without any prejudice to others.”

The speaker, Mudashiru Obasa, debunked the claim by Legislative Probity and Accountability (LPA) led by Olu Fajana that the assembly had collected N28.8 billion as running cost in the last three and half years. Obasa, who listed a number of items that consumed the running cost, failed to provide how much the assembly collected as running cost.

Previous attempts to present the budget had failed, with the executive and legislature trading blame. However, the party hierarchy reportedly called both parties to order at a meeting on Sunday, which might have led to the eventual presentation yesterday.