You are here
Home > anambra > Anambra has over 1,000 gully erosion sites ― Commissioner 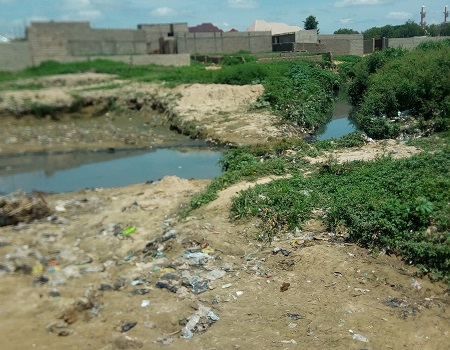 Chief Marcel Ifejiofor, Anambra Commissioner for Works, on Friday, cried out that there were more than 1,000 active erosion sites scattered across the state.

Ifejiofor who disclosed this in an interview with the News Agency of Nigeria (NAN) in Awka, however, said the state Executive Council had inaugurated Erosion Design Review Committee to tackle the problem.

He said that findings by the government had shown that most of the gully erosion sites were caused by wrong channelling of water.

The works commissioner also regretted that some people in the state intentionally build on water channels which resulted in blockage of water flow.

“I want to visit Sakamori Drain linking water to Idemili River around Onitsha because I got a report that the drain was blocked,” he said.

Ifejiofor said the state government was worried about the rate at which some people in the state ignored advice on ways to check the menace of erosion.

He added that wrong channelling of water caused damage on roads and the situation was causing the government so much.

On frequent road accidents involving heavy-duty vehicles in recent time in the state, Ifejiofor hinted that plans were on to construct bumps in some locations along with some roads across the state.

He also said that the state would likely create special roads for heavy-duty vehicles in the major towns, to check accidents.

The works commissioner urged the people to support Willie Obiana’s government by being responsive.