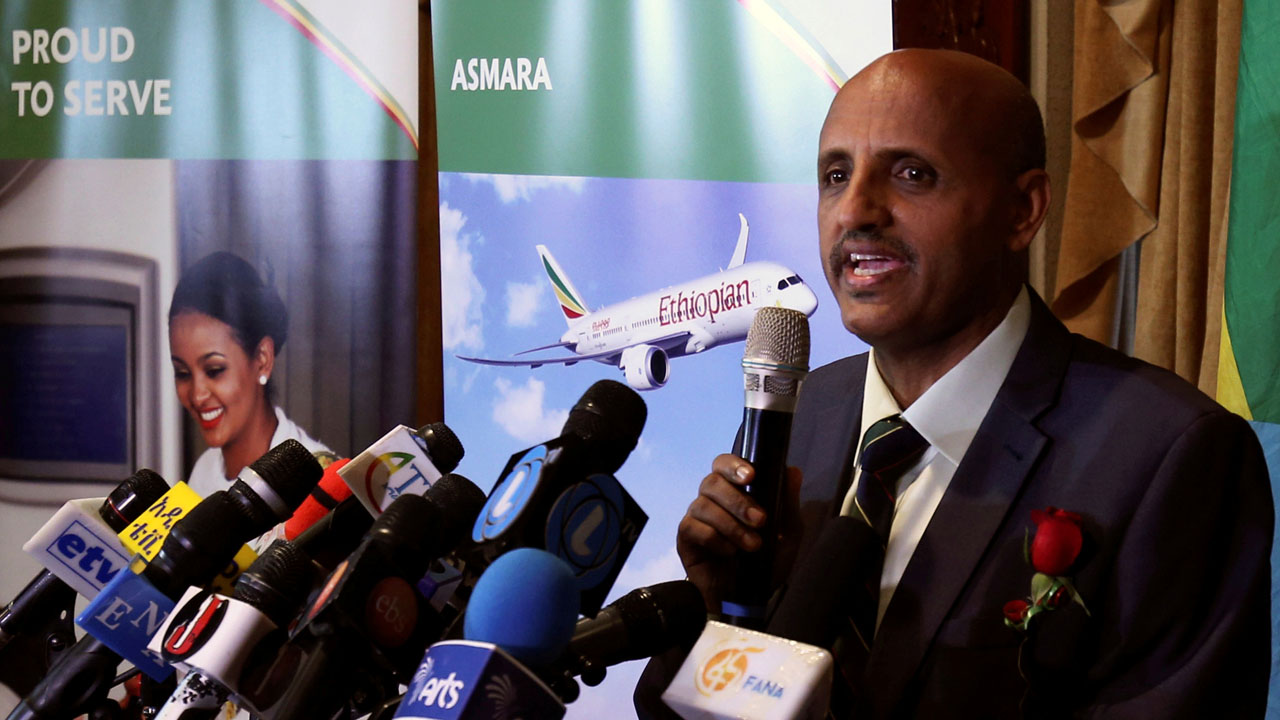 An anti-stall system believed to have caused a fatal October jet crash in Indonesia was probably also involved in this month’s crash of an Ethiopian Airlines plane that killed all 157 people onboard, the carrier’s CEO said on Monday.

Tewolde GebreMariam told The Wall Street Journal an automatic anti-stalling system specific to the Boeing 737 MAX 8 aircraft was “to the best of our knowledge” activated on the fatal March 10 crash of Flight ET 302 minutes into its journey to Nairobi.

Although he is not a part of the official crash probe and gave no details on how he knew of the system’s activation, Tewolde’s comment adds pressure on Boeing to fix the popular aircraft model, which was grounded worldwide after the disaster.

Ethiopia’s transport minister last week said “clear similarities” exist between the Ethiopian crash and the October crash of an Indonesian Lion Air jet which killed all 189 passengers and crew.

Investigators in that case have honed in on the MCAS automated anti-stalling system designed to point the nose of the 737 MAX 8 downward if it is in danger of stalling, or losing lift.

Boeing is expected this week to unveil a patch to the MCAS system, with the aim of getting the model back in the air.

Confidence
Tewolde’s comments to The Wall Street Journal came the same day as the CEO issued a statement saying the carrier “believes in” Boeing despite the crash.

“Let me be clear: Ethiopian Airlines believes in Boeing. They have been a partner of ours for many years,” he wrote.

“We will work with investigators in Ethiopia, in the US and elsewhere to figure out what went wrong,” Tewolde added.

He also hit back at reports critical of Ethiopian’s safety record.

The New York Times reported last week that the pilot of the doomed flight had not trained on a 737 MAX 8 simulator.

“Contrary to some media reports, our pilots who fly the new model were trained on all appropriate simulators,” Tewolde said in the Monday statement.

The Washington Post also reported that the US Federal Aviation Administration (FAA) received two complaints about Ethiopian’s training and safety record in 2015, before the 737 MAX 8 was in use.

Tewolde announced on Saturday the airline would sue both publications for “publishing baseless defamatory stories”, according to Ethiopia’s state-affiliated Fana Broadcasting Corporate.

Ethiopian Airlines is Africa’s largest carrier and has had a long association with American aviation.

Founded in 1945 with assistance from former American carrier Trans World Airlines (TWA), Boeing aircraft make up the majority of the Ethiopian fleet.

Tewolde called for the 737 MAX 8’s grounding after the crash, but in the statement struck a conciliatory tone towards Boeing.

“Despite the tragedy, Boeing and Ethiopian Airlines will continue to be linked well into the future,” he said.