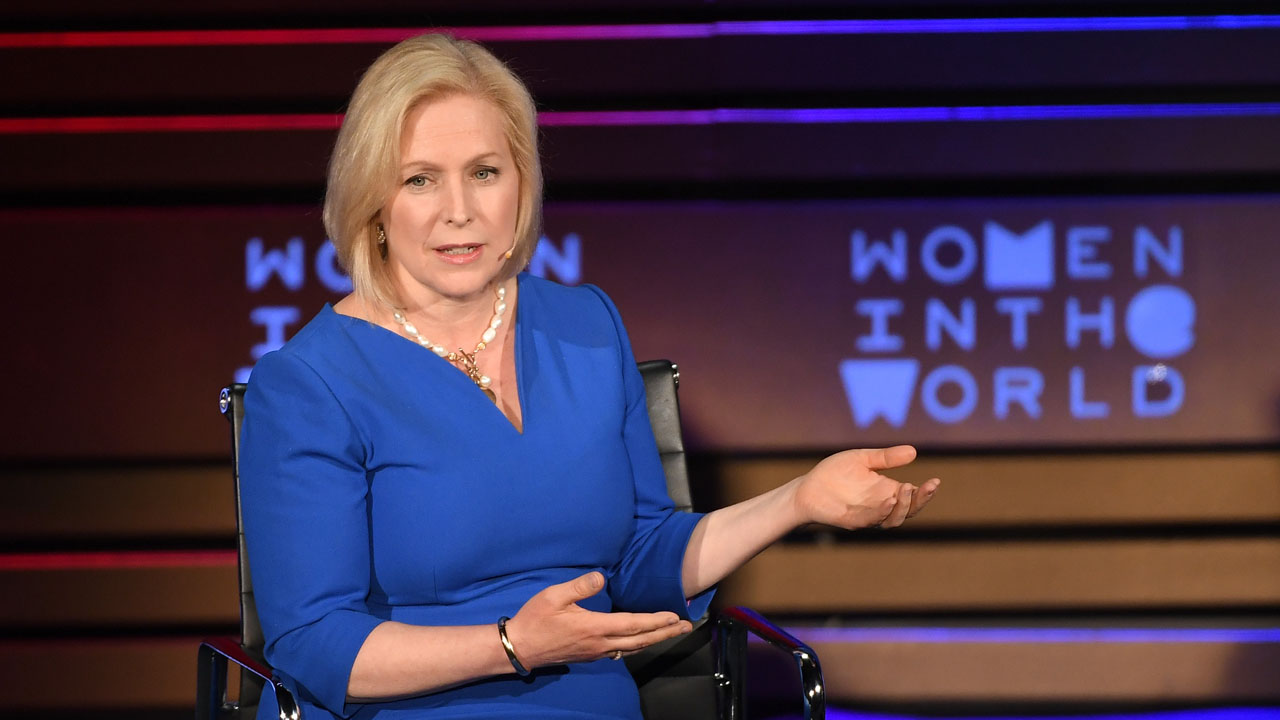 (FILES) In this file photo taken on April 13, 2018 US Senator Kirsten Gillibrand (D-NY) speaks onstage at the Women of the World Summit in New York City. – Democratic US Senator Kirsten Gillibrand, an outspoken Donald Trump critic and champion of women’s issues including the #MeToo movement, announced on January 15, 2019 that she is running for president. (Photo by ANGELA WEISS / AFP)

Democratic US Senator Kirsten Gillibrand, an outspoken Donald Trump critic and champion of women’s issues including the #MeToo movement, announced Tuesday she is running for president.

Nearly 22 months before the 2020 election, the battle for the White House is already firming up, as Americans begin to assess who might be the opposition party nominee to challenge Trump.

Four Democrats — three of them women — have made clear steps towards a formal campaign in recent weeks. And many more including several of Gillibrand’s Senate colleagues, an anti-Trump billionaire businessman and former vice president Joe Biden are waiting in the wings.

“I’m going to run for president of the United States, because as a young mom I’m going to fight for other people’s kids as hard as I would fight for my own — which is why I believe that health care should be a right and not a privilege,” the senator told Stephen Colbert on his CBS television late night talk show.

Her goals will include putting gender at the fore of her campaign, combatting “institutional racism,” taking on special interests and entrenched systems of power in Washington, and fighting against political “corruption and greed.”

“I know that I have the compassion, the courage, and the fearless determination to get that done,” she added.

The 52-year-old from upstate New York said she was forming an exploratory committee, a crucial legal step for a candidate to run for president, just days before she reportedly travels to the early voting state of Iowa.

Colbert asked her if an exploratory committee ever turns around and just says no, don’t run for president. Is it a formality, he asked.

“Well, it’s an important first step. But it’s one I’m taking because I am going to run,” Gillibrand said.

On the government shutdown, she blamed Trump and his drive for money to build a wall on the border with Mexico, saying “he shouldn’t be be having a temper tantrum because he can’t get what he wants.”

Trump should talk to both parties about his vision for immigration reform, she added. “Shutting down the government is hurting people. Right now he’s doing it because he wants his way,” she added.

‘Reclaim our values’
Gillibrand took to social media Tuesday to amplify her message.

“We have to rise up and reclaim our values,” she tweeted.

“We need to protect our basic rights and fight for better health care, education and jobs. And I believe I’m the woman for the job,” she said, adding that she is “not afraid to take on Trump.”

Gillibrand was easily re-elected in November to her second full term. In 2009 she was appointed to fill Hillary Clinton’s US Senate seat, when the latter became secretary of state.

In the years since she has abandoned several of her centrist political positions, tilting to the left to eventually become one of the more liberal senators.

The next presidential election is still more than 650 days away, but Gillibrand is entering what will be a chockablock field vying for the right to challenge Trump.

Elizabeth Warren, a fellow female US senator and frequent target of the provocative billionaire president, has also launched an exploratory committee, as has congresswoman Tulsi Gabbard of Hawaii, who served military tours in Iraq and Kuwait.

Some politicians with stronger name recognition are expected to enter the race soon, including former Biden, ex-congressman Beto O’Rourke and current senators Cory Booker, Kamala Harris, Amy Klobuchar and Bernie Sanders, who ran against Clinton for the Democratic nomination in 2016.

But Gillibrand has distinguished herself in key ways. She is one of the top Trump naysayers in the Senate, voting against the president’s nominees for major posts more than almost any other senator.

She also raised her national profile by sponsoring — and mounting a three-year campaign for — a bill that would revamp the prosecution system for military sexual assaults and remove such cases from the military chain of command.

The bill fell short in the Senate, but Gillibrand has been relentless about highlighting sexual assault in the military, on college campuses and in the workplace.