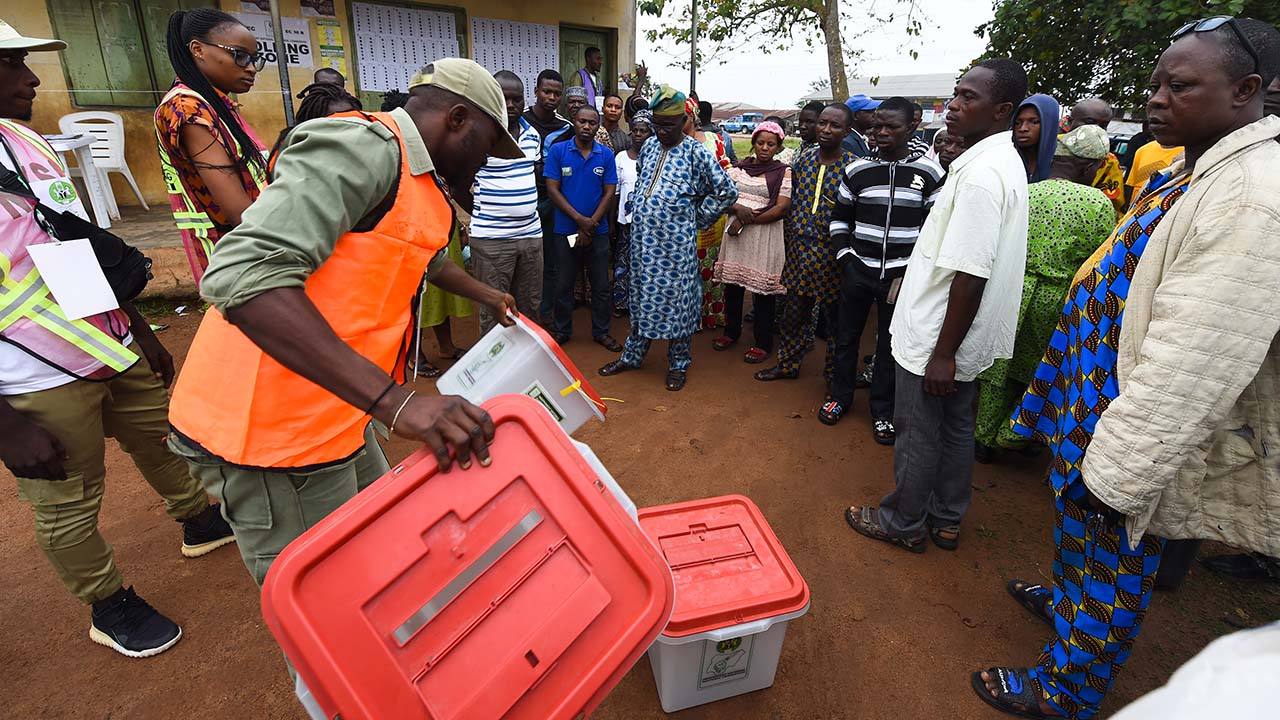 Ahead of Thursday’s rerun poll, the ruling All Progressives Congress (APC) has accused the Peoples Democratic Party (PDP) of inducing voters with money to vote for its candidate, Senator Ademola Adeleke.

The party, in a statement by its Acting National Publicity Secretary, Mr. Yekini Nabena, claimed that the act was in line with PDP’s avowed determination to deploy all “means, schemes, shenanigans in all ramification and magnitude” to rig not only the Osun poll, but the 2019 general elections.

APC urged the Independent National Electoral Commission (INEC) and the security agencies to put in place measures to stem the ugly trend.

“It is now clear that the vote-buying template introduced by the PDP and brazenly deployed in the Osun inconclusive election is an urgent threat to our democracy and current efforts to ensure the sanctity of our elections.

“While the PDP and its paid proxies were accusing other political parties of irregularities during Saturday’s inconclusive elections, the party was busy perpetuating its vote-buying scheme as exposed in several leaked videos showing PDP agents buying votes for its candidate, Adeleke particularly in Ede local council.

“The PDP’s now public rigging method, particularly vote-buying and dissemination of diversionary fake news, must be checked particularly as we go into the INEC-ordered Osun governorship rerun. We also call on the electorate, civil society organisations and relevant stakeholders to speak out and resist the PDP’s retrogressive plans which threaten our democracy,” the statement read.

APC said while the PDP “attempted to misinform the public on the rationale for declaring the Osun election inconclusive, they should be reminded that in 2015, the late Abubakar Audu of Kogi State was leading by 240, 867 votes to PDP 199,514 votes, the margin of 41,353 favoured APC but it was declared inconclusive.

“INEC ordered a rerun because 49,953 cancelled votes were higher than the 41,353 despite the fact that APC was leading with a wide margin. At the time PDP did not protest, rather prepared and waited for the rerun date. The PDP cannot be supportive of decisions only when it seemingly favours them. There are electoral precedents, guidelines and laws which are binding on all.”

The ruling party reiterated its confidence that the electorate would resist the PDP’s alleged deployment to take over the state by force.

“The people’s will; the people’s vote is supreme. It must be respected and defended. That is democratic, progressive and the right thing.”