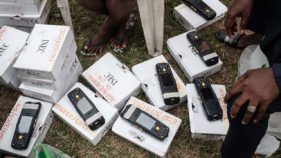 INEC still in search of 63 card readers in Bayelsa 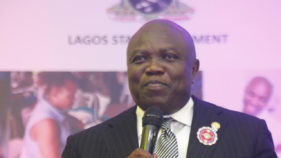 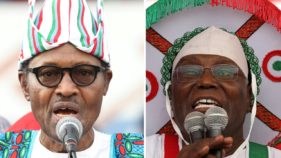 The All Progressives Congress in Taraba state has described the court’s disqualification of Sani Danladi, APC’s governorship candidate in the state,  as “mischievous and comical.”

A Federal High court in Jalingo, Wednesday disqualified Danladi, from Saturday’s gubernatorial election due to falsification of age in the documents submitted to the Independent National Electoral Commission (INEC).

The party’s state publicity secretary, Aaron Artimas, said in a statement on Wednesday that the case was brought by “some unknown persons parading as concerned citizens, who raised the issue of a purported improper declaration of age by Sani Danladi,”

“Legal steps have already commenced to set aside this mischievous judgment which we view as another desperate attempt by agents of the PDP and the state government to escape defeat on Saturday,” he added.

The party also stated that the case had earlier been taken to court in 2007 and was dismissed by an Appeal court, therefore, “all judgments passed by the Appeal Court supersede those of the lower courts in the whole country.”

He, therefore, affirmed that there are “legal process involved in the substitution of candidates by INEC and therefore a court judgment does not automatically translate to disqualification to contest an election.”