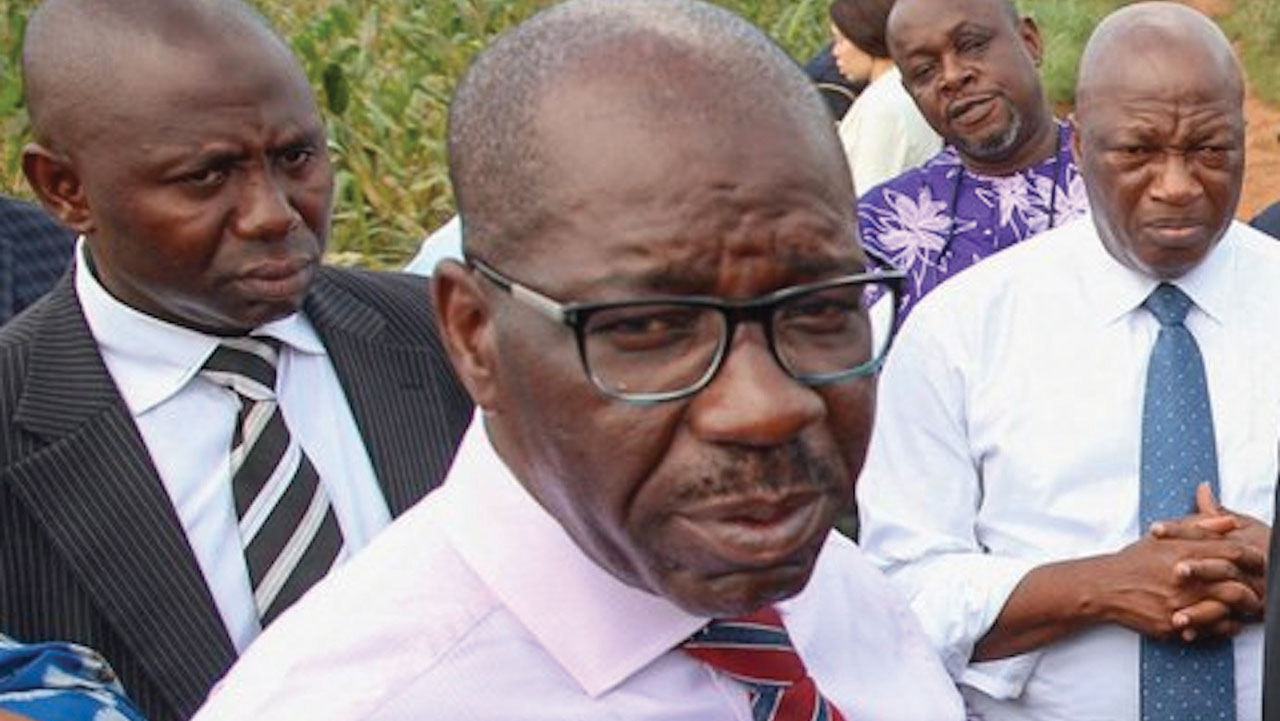 Leaders of the All Progressives Congress (APC), in Edo Central Senatorial district have condemned attack on Gov Godwin Obaseki by some youths believed to have been hired thugs.

The News Agency of Nigeria (NAN), reports that the leaders spoke in separate interview with newsmen in Benin on Saturday.

The leaders described the action as embarrassing and should be condemned by lovers of democracy.

Obaseki was at Irrua, headquarters of Esan Central, to meet with APC leaders to discuss issues surrounding the nomination of candidates when some youths stormed the venue with placards.

The youths wore t-shirts inscribed with “the Esan Youth Movement’’ chanting invective words demanding for no imposition of candidates.

The youths, who later physically assaulted the governor, pelted him with sachet water and stones, as he (Obaseki) made to leave venue of the meeting.

However, the leaders, Mr Victor Eboigbe and Theophilus Okoh, described the attack as barbaric and uncivilised, noting that leaders of the party in the district would not support such action.

Eboigbe said Esan leaders and youths would not support such action against a performing governor like Obaseki.

He stated that punitive actions would be taken against those behind the attack after investigation had been concluded.

He said that Esan leaders were united ahead of the 2019 general elections, and assured that no candidate would be imposed on the people.

According to him, I do not believe the people responsible for the attack are members of the APC. No APC youth will behave like that to our governor. What they did was barbaric, uncivilised and we will get to the bottom of it.

“I don’t care what they protest about. Esan leaders and youths do not support them. It is not correct that no leader tried to call the youths to order.

“I believe that the reason some of them joined in the attack was because in the past, they did it and got what they wanted.’’

On his part, Okoh, said that information available indicated that some of the youths arrested were from Delta.

“Those alleging that Esan leaders masterminded the attack are just being mischievous. I know that investigation into the matter is going on and those behind it will be exposed,’’ he stated.