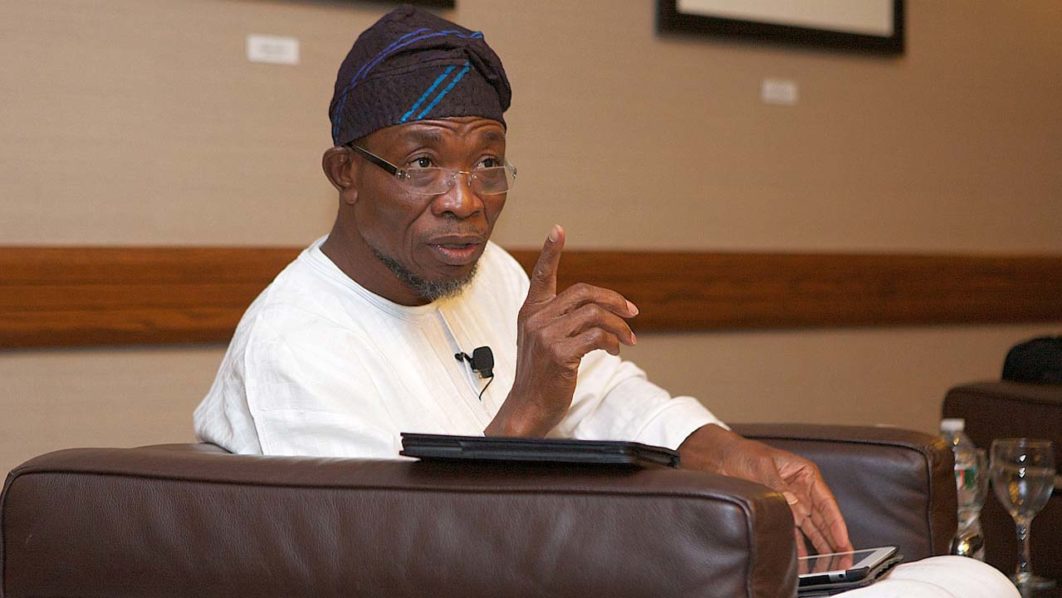 The former governor of Osun State Rauf Aregbesola said the ruling All Progressives Congress should not be made to suffer for the Independent National Commission’s errors and mistakes during the Osun governorship election.

An election petition tribunal last Thursday declared the candidate of the People’s Democratic Party Ademola Adeleke as the winner of the election after cancelling the rerun election which gave APC’s Isiaka Oyetola victory.

“The most relevant question one would pose here is: should the tribunal allow APC to suffer as a result of the mistakes or omissions occasioned by the INEC staff,” Aregbesola said in an advertorial published in The Guardian on Thursday.

“It is rather shocking to good conscience that APC will be penalized for the error or mistake of INEC and its staff in this regard, even when there is evidence of validly conducted and concluded elections in the 17 polling units, especially where no miscarriage of justice has been shown to have been occasioned,” he added.

Delivering the‎ lead ruling of the three-man tribunal, Chairman Ibrahim Sirajo, said that the rerun election that held on September 27 was illegal.

The Rerun election was held in the state after Adeleke polled 254,698 votes to beat APC’s Oyetola who trailed him with 254,345 votes.

Following the collation of result, INEC declared the election inconclusive because the margin between the PDP and APC, 353 votes, is less than the number of registered voters, 3,498, in the seven polling units where elections were cancelled.

But the tribunal said Adeleke won the election at the first ballot on September 22, and the rerun that INEC devised to reach a final conclusion a week later was illegal.

A three-member panel of the tribunal dismissed the objections filed by Gov. Oyetola, APC and the Independent National Electoral Commission (INEC).

The former governor said the change in the tribunal judgement is a dramatic U-turn to its initial judgement the
election Rerun was valid.

He said it is shocking the resolution by the tribunal’s proposition that elections in the seven polling units were cancelled by the state collation officer.

“This was not the case. There were no elections in the seven polling units, and if there was any, the onus was on the Petitioners. This onus was not discharged in any way as no results were tendered,” Aregbesola affirmed.

“The state collation officer in compliance with the margin of lead principle rightly reasoned that the outcomes of the elections could not be determined without conducted polls in the affected elections. Hence the commission’s decision to conduct supplementary elections in line with these principles,” he added.

He, therefore, affirmed that elections were cancelled and the margins of leading were less than the total number of voters in constituencies where votes were cancelled.ones.

“Therefore, INEC had the vires to conduct another election in the face of the margin of win during the first election on 22nd September,” Aregebsola said.De

“We find it gratifying that the Chairman of the Tribunal recognized these principles of law and concluded that s. 140 (2) does not permit the Tribunal to deduct votes and declare a winner,” he added.

Aregbesola, however, declared that the ruling party will appeal the tribunal’s judgement with confidence that it will be upturned.

“We urge our members, supporters and lovers of justice who have been outraged by this verdict to be calm and unruffled. It cannot stand. As they say in law, you cannot build something on nothing,” he affirmed.