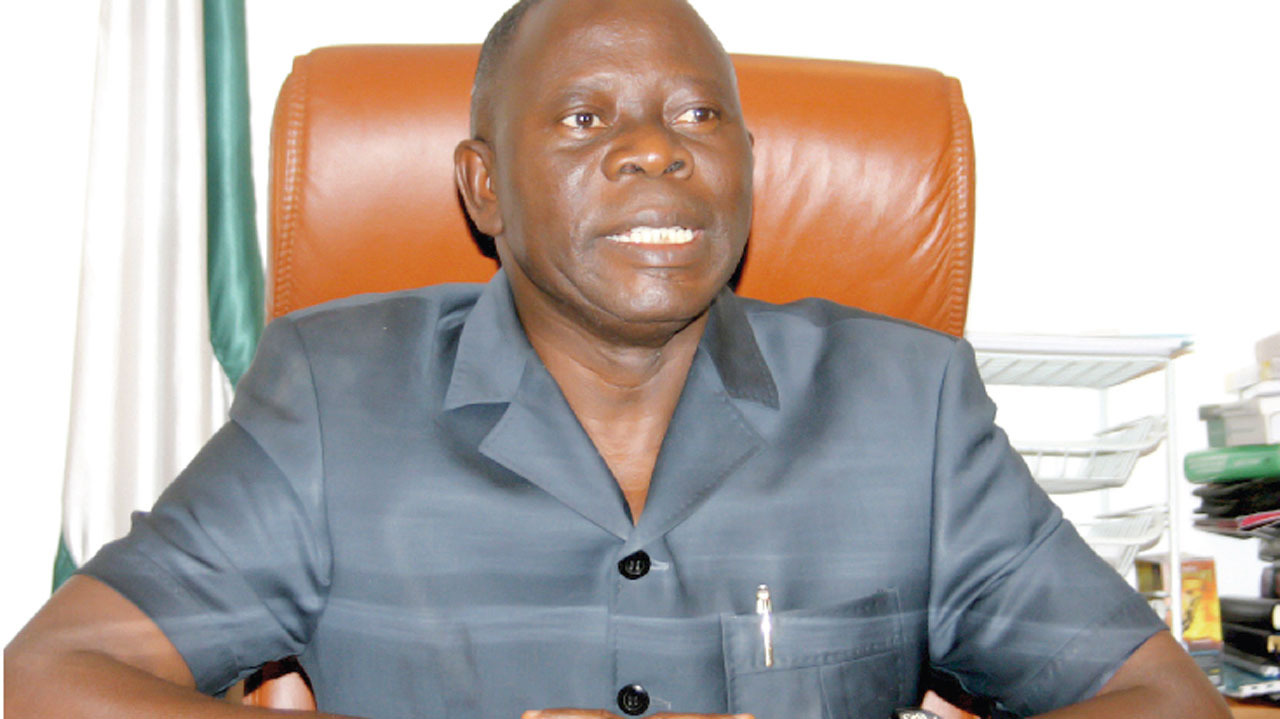 • PDP accuses presidency of preventing probe
The ruling All Progressives Congress (APC) yesterday kept sealed lips on the claim that operatives of the Department of State Services (DSS) quizzed its chairman, Adams Oshiomhole for allegedly collecting bribe from chieftains of the party during the recently held primaries.

Spokesman of the party, Lanre Issa-Onilu explained that he was not in the know of any encounter between Oshiomhole and the DSS operatives in Abuja last weekend.

“We do not have any information on this rumour. More so, the chairman is not around in the country to confirm or deny this. As soon as we have any relevant information, you’ll be updated,” he said.

Issa-Onilu, however, admitted that Oshiomhole could not embark on his trip last weekend in view of the need to ensure that the party beat the November 2 deadline for the submission of names of candidates. He disclosed that Oshiomhole eventually travelled out of the country on Tuesday this week.

The spokesman responded to a report in a social media outfit that Oshiomhole was grilled by DSS operatives for nine hours last Sunday after some APC governors alleged that he received bribes from them during the party’s primary elections.

The outfit, quoting a source, had claimed: “Oshiomhole was arrested by the DSS, they didn’t show him any petition. It was alleged by some governors that he collected bribe during the primaries.”

“He was told to resign and he told the DSS operatives that he will resign if he loses the confidence of the president. He said everything the party did, he (Buhari) was in the know.”

The Oshiomhole-led national working committee (NWC) is at war with Governors Abdulaziz Yari (Zamfara), Ibikunle Amosun (Ogun) and Rochas Okorocha (IMO) over their inability to foist their preferred governorship candidates on the party.

In its reaction, the Peoples Democratic Party (PDP) described as reprehensible, revelations that President Muhammadu Buhari is concealing the alleged bribery and corrupt practices involving Oshiomhole.

The party, in a statement by its National Publicity Secretary, Kola Ologbondiyan, yesterday, said it was privy to “the pressure from the Buhari presidency on the DSS, which reportedly detained and grilled Oshiomhole, to let him off the hook for fears that his investigation will unearth the complicity of the presidency and other key APC members in the scam.”

The statement further reads: “Information available to the PDP reveals that Oshiomhole is facing charges of allegedly collecting billions of naira bribe from some ministers and other APC sources in Adamawa, Rivers, Kano and Imo states to manipulate the 2019 electoral process.

“This is in addition to allegedly collecting billions of naira from presidency sources to influence electoral officers, independent observers and certain polling organizations ahead of the 2019 election, part of which was allegedly diverted for personal use of some APC leaders.”

The PDP said it had always alerted Nigerians of the corruption allegation burden on the APC chairman and the continued official cover provided for him by the Buhari presidency.

“If the Buhari Presidency has nothing to hide; if it is not complicit in the alleged scam, it should allow the DSS and EFCC a free hand to investigate and prosecute his party’s factional chairman, Adams Oshiomhole, particularly now that all issues are laid bare before Nigerians.

“As long as the DSS and the EFCC are not allowed to put Oshiomhole into the dock, the Buhari Presidency does not have the moral rectitude to speak on corruption.”