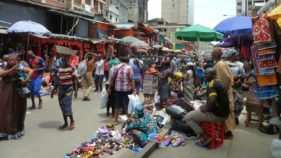 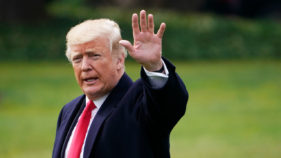 All eyes on OPEC as Trump gripes over prices 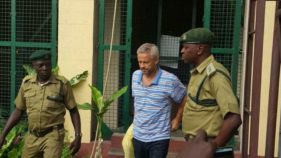 Hon. Imoudu Sule, a renowned Edo born multimillionaire businessman and father of fiery preacher, Apostle Johnson Suleiman, is the current APC Leader in Auchi as well as the APC Deputy Leader, Etsako West, Edo State, Nigeria.
In a recent media chat with select journalists in Lagos, the elder statesman revealed why he’s coming out publicly this time to give his son a final warning against the backdrop of his persistent and unrelenting criticism of the President Muhammadu Buhari led APC Government.

While acknowledging and openly confessing his passionate love for his son Suleiman Johnson, and giving further reasons he continually warns the fiery priest to concentrate more on his Apostolic calling, Hon. Sule Imoudu stated categorically that he would not condone anyone who undermines the anti-corruption crusade of President Muhammadu Buhari. “This is a man I love, respect and hold in high esteem for being a person of integrity over the years.”

“Each time I hear people criticize my party, the (APC), my heart bleeds. Apostle Johnson Suleiman who’s my biological son and a renowned preacher of the gospel is seemingly becoming a consistent critic of the ruling party lately.

“And I am seriously concerned about it as numerous well-wishers are now urging me to call my son to order.
I hereby speak out to let Nigerians know that I have warned my son (Apostle Johnson Suleiman) to immediately leave politics to politicians and focus on his calling as a priest.

“Being a retired Army officer, PMB is my commander in chief and the overall leader of my party, the APC. Hence, I will do anything in my capacity as a stakeholder to support Mr. President for his noble repositioning of our dear country Nigeria.”

Consequently, anybody who is not supporting the administration of President Muhammadu Buhari is an enemy of the nation.”

While complaining bitterly, he further explained that he decided to speak out publicly this time that his son had travelled abroad for his routine missionary work just to let Nigerians and indeed the whole world know that his son has defied all their private talks as father and son on matter.

Hon. Sule Imoudu also wondered why his son who’s a philanthropist and clergy would be seen dabbling into politics every now and then.