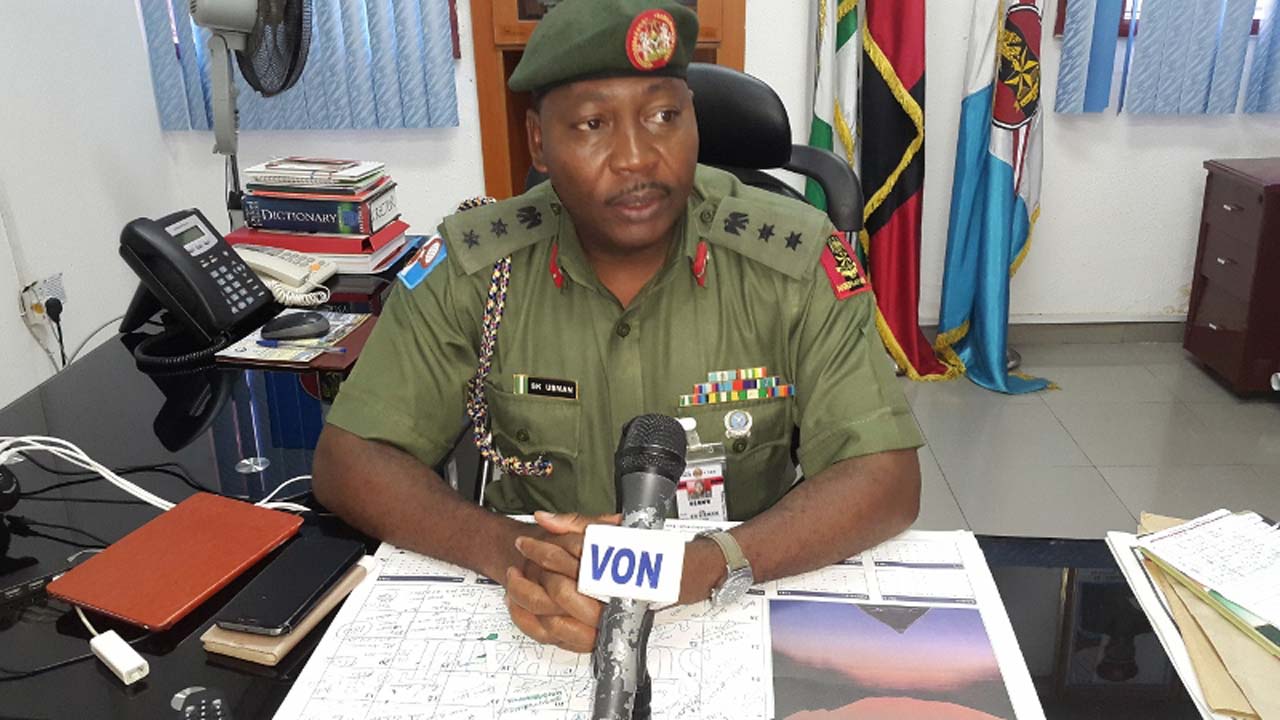 The News Agency of Nigeria (NAN) reports that Musa replaces Brig.-Gen. Sani Usman, who voluntarily retired from the service on Thursday.

NAN also reports that Musa’s appointment is contained in a new redeployment of senior officers released by the Army Headquarters.

Until the appointment, Musa was the spokesman of 82 Division, Enugu.

Under the posting, Col. A.A. Yusuf, the Chief of Security in the Directorate of Army Public Relations was appointed Deputy Director Public Relations, 82 Division Nigerian army.

Col. A. D Isa is posted to Theatre Command Operation Lafiya Dole as Deputy Director Army Public Relations, while Col. Onyema Nwachukwu, who was the spokesman of the Theatre, moves to the Defence Headquarters, Abuja, as acting Director Defence Information.

Others affected by the posting are, Brig.-Gen. N.J. Okah, from Nigerian Army Institute of Technology and Environmental Studies (NAITES) to Army Headquarters Department of Army Logistics as Acting Director of Engineering Services.