You are here
Home > Abbah Dikko > Army reads riot act to troops, says mutiny of any kind will not be condoned 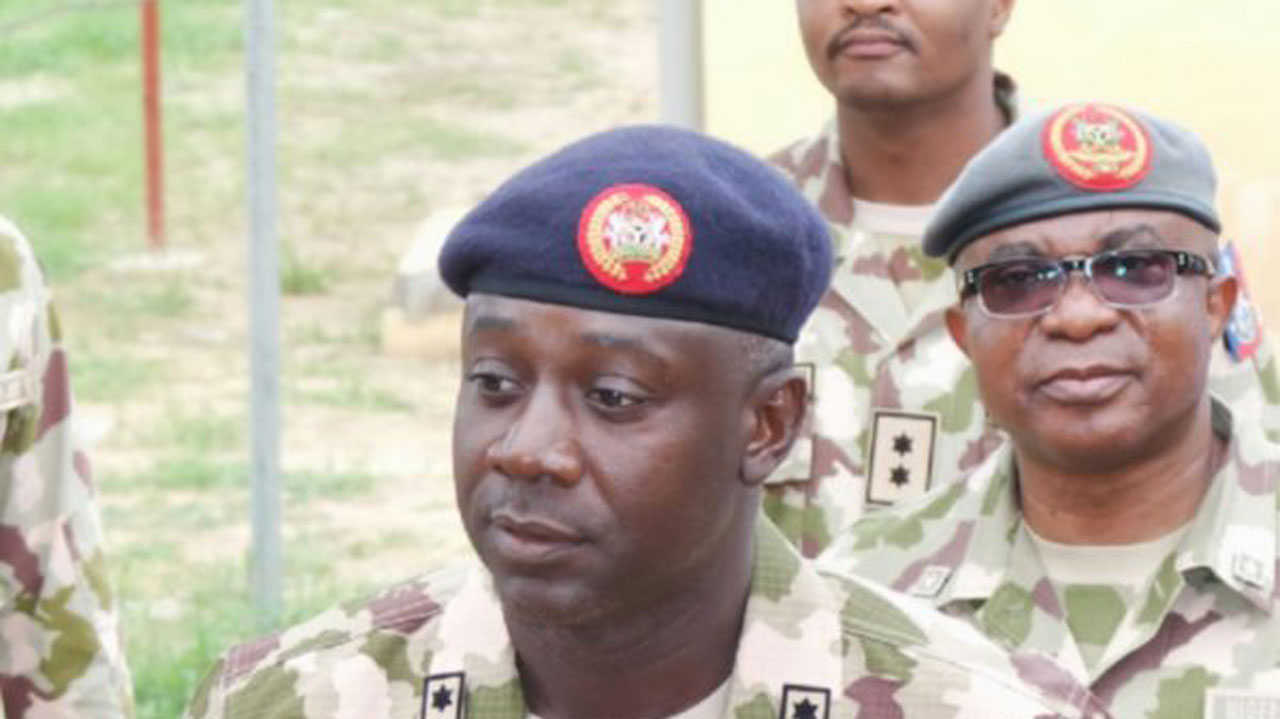 Dikko gave the warning during a lunch at the Maiduguri Military Command Center on Saturday.

He condemned the act of mutiny under any guise, maintaining that the law and ethics which the Nigerian Army is guided by would take its full course on errant soldiers.

Dikko reminded them of their oath of recruitment pointing out that they voluntarily joined the military and as such must be disciplined.

“Those who have volunteered to serve and that is the only time you will volunteer, subsequently having offered your service, it is the responsibility of the services to deploy you where they find you appropriate.

On the fate of soldiers who protested at the Maiduguri International Airport, Dikko said they would be disciplined in accordance with military laws.

“We don’t punish in the military. We discipline. Discipline is the bedrock of the job. If there’s no discipline, then we can’t have an army. So if a soldier errs, he must be corrected.

“We are focused and doing what we are supposed to do in order to finish the assignment that we’re given. No matter what it takes, we’ll do it professionally. Everybody is motivated and well catered for.

“There are some that are not here and you don’t know what they’re going through. You cannot say you’ve heard them complaining that they’re not in the townships. Some are in locations that are out of reach. S o we must understand the difficult times we find ourselves,”said Dikko.