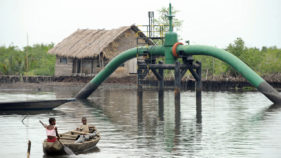 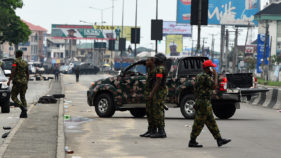 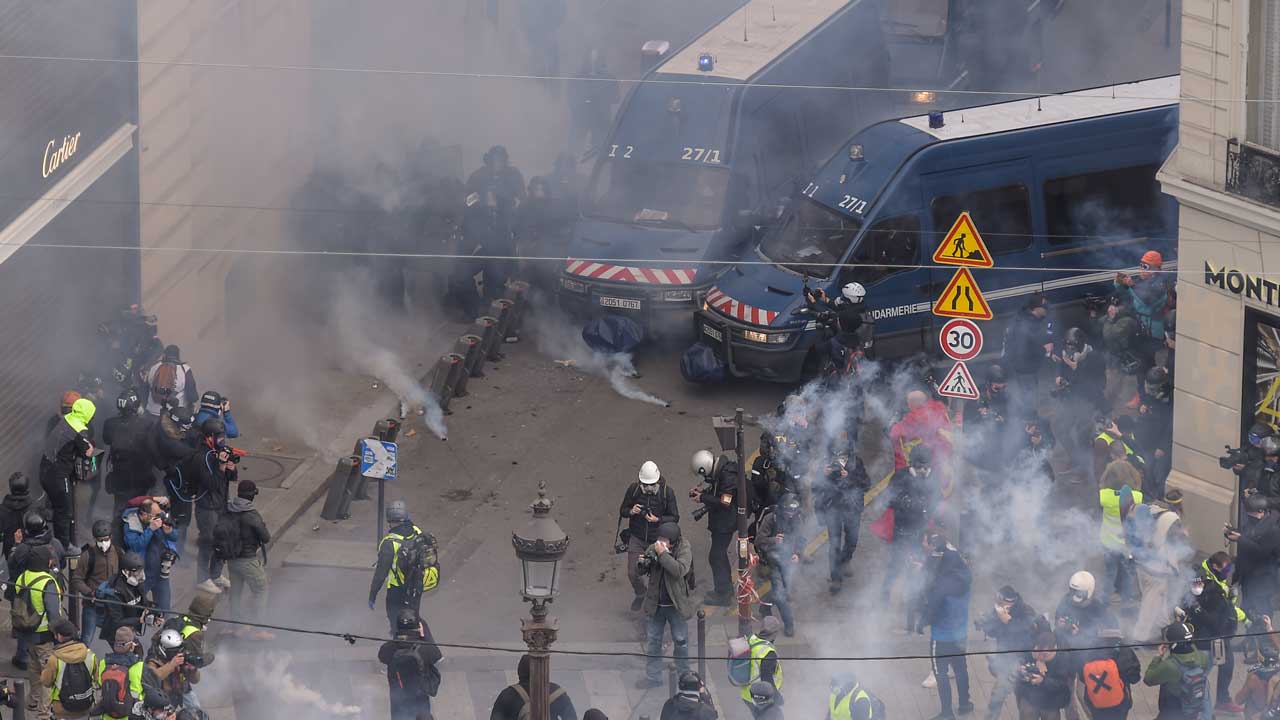 [FILE] Riot police members block protestor wearing “Yellow vests” (gilets jaunes) near the Champs Elysees avenue in Paris on December 8, 2018 during a mobilisation against rising costs of living they blame on high taxes. Paris was on high alert on December 8 with major security measures in place ahead of fresh “yellow vest” protests which authorities fear could turn violent for a second weekend in a row.Lucas BARIOULET / AFP

“How is the Paris Environmental Accord working out for France?” Trump, who is unconvinced of climate change despite years of scientific consensus, asked on Twitter.

“After 18 weeks of rioting by the Yellow Vest Protesters, I guess not so well! In the meantime, the United States has gone to the top of all lists on the Environment,” Trump said.

It was the second time Trump has used the example of the movement, which began in November over fuel tax hikes and grew into a rebellion against Macron’s policies, in support of his environmental policies.

In December, the US president also stated, without citing evidence, that some of the protesters were found chanting “We Want Trump!”

“We do not take domestic American politics into account and we want that to be reciprocated,” Foreign Minister Jean-Yves Le Drian told LCI television at the time.

“I say this to Donald Trump and the French president says it too: leave our nation be.”

Saturday’s participation level in Paris was seen a test of the ongoing strength of the movement.

In recent weeks, the protests have shrunk. But the interior ministry estimated the turnout in Paris Saturday at 10,000, out of around 32,300 nationwide.

French President Emmanuel Macron cut short a skiing trip in the Pyrenees to return to Paris for a crisis meeting, vowing to take strong action.