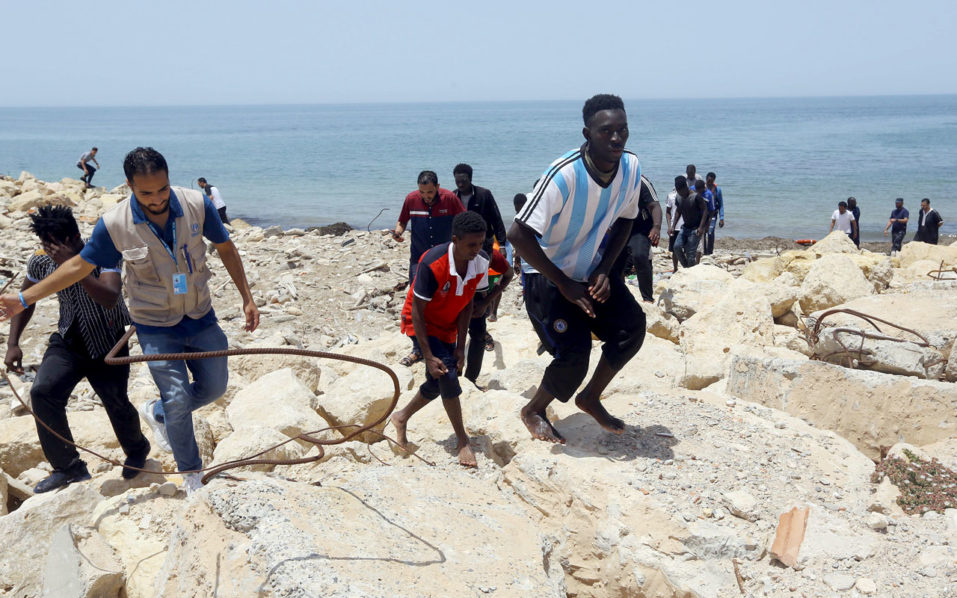 Migrants who survived the sinking of an inflatable dinghy boat off of the coast of Libya arrive on the shore of al-Hmidiya, east of the capital Tripoli on June 29, 2018. The bodies of three babies were recovered and around 100 people were missing after a migrant boat sank off the coast of Libya, survivors and the coastguard said. / AFP PHOTO / Mahmud TURKIA

At least seven migrants including two children died when their boat ran into trouble Tuesday off the coast of Libya, the coastguard said, the latest victims of the perilous voyage to Europe.

Another 123 migrants were rescued and taken ashore where they will be transferred to a detention centre in the Libyan capital, navy officer Rami Ghommeidh told AFP.

Nearly 180 migrants have died or gone missing since Friday in the Mediterranean, according to figures from the Libyan coastguard.

So far this year more than 1,000 people have died in the Mediterranean, according to International Organization for Migration figures.