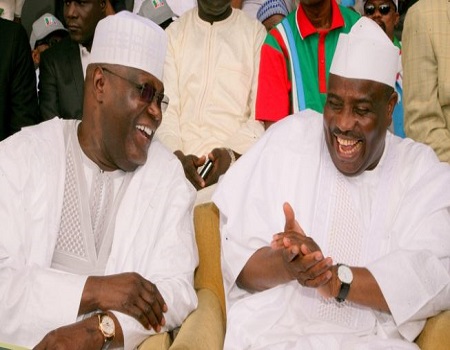 The presidential candidate of the Peoples Democratic Party (PDP) in the February 23 election, Atiku Abubakar, has congratulated the governor of Sokoto State, Aminu Tambuwal, on his re-election.

The former Vice President in a tweet after the result was declared on Sunday, assured the people of Sokoto state that they made the right decision in voting for Tambuwal.

He tweeted on his personal handle @atiku: “I congratulate His Excellency, Governor Aminu Tambuwal on his re-election and I assure the good people of Sokoto state that they have made the right decision that will see them continue on the path to peace, progress and prosperity. -AA #SokotoDecides”