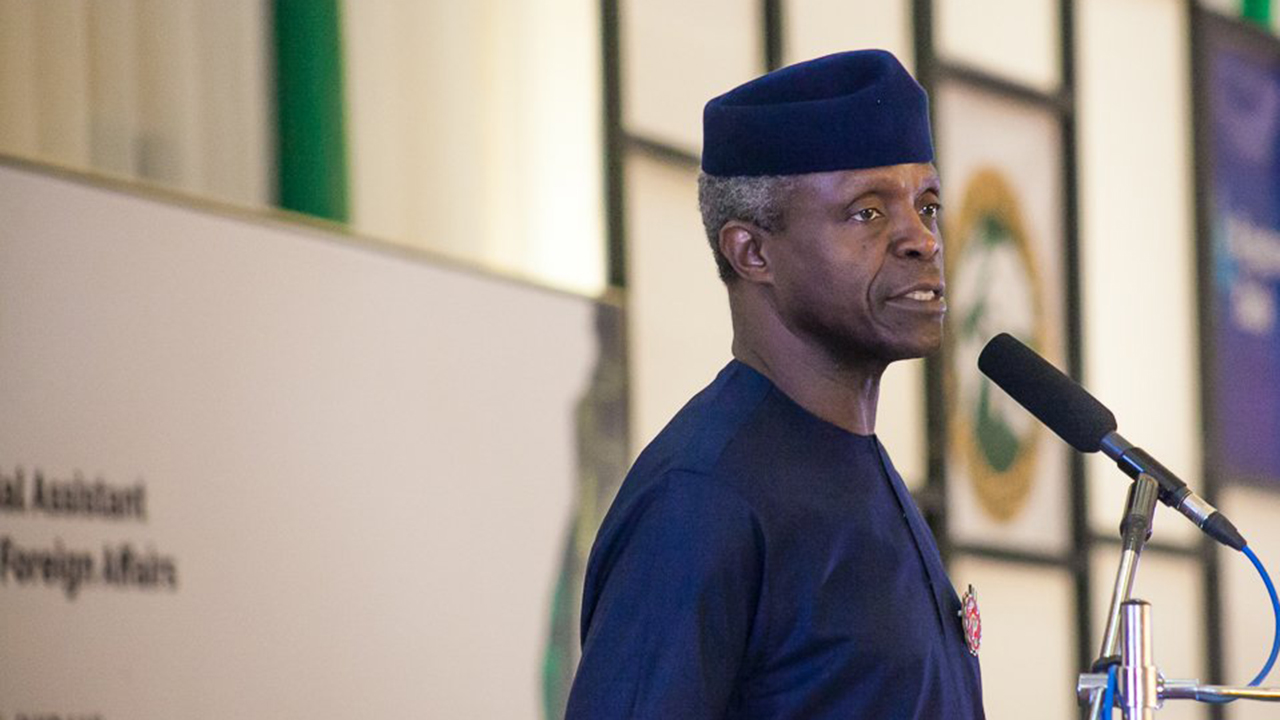 The attack, according to AbdulRazaq’s media aide, Rafiu Ajakaye, that occurred at Isale Aluko, a settlement at the heart of Ilorin, left many APC supporters with gunshot wounds.

He accused the Peoples Democratic Party (PDP) of masterminding the attack.

Briefing the press in Ilorin, Ajakaye said: “We condemn the brazen attack today in Ilorin on the convoy of the vice president, Prof. Yemi Osinbajo, by armed PDP thugs, culminating in life-threatening gunshot injuries to at least two of our supporters, while many others got seriously injured running for their lives.

“The vice president was at Isale Aluko suburb of Ilorin on a door-to-door campaign when some dare-devil gunmen opened fire at his convoy which included thousands of APC members and supporters.”

However, attempts to speak with Yusuf Olaniyonu, the spokesman to Senate president, Bukola Saraki, proved abortive.

But Kwara PDP denied involvement of its members and supporters in the attack.

In a statement by its publicity secretary, Tunde Ashaolu, the party noted that the incident was an intra-party affair of the APC, arising from the endless crises confronting the party.

He explained that the vice president had earlier visited Agbaji, home of Senator Saraki, without any confrontation or crisis.

Crisis, however, broke out when Osinbajo got to Alanamu ward of Isale-Aluko, which is the base of two former governorship aspirants of the APC, Lukman Mustapha and Moshood Mustapha, who had been engulfed in superiority war, he added.

His words: “It was also gathered that the money released to be shared among party supporters triggered the violence.

“Our party has no time for violence, as we have been busy preparing for the elections.

“Once again, we emphasise that the PDP has no hand in the fracas and we reject any attempt by the APC to link our party to the crisis. We advise them to resolve the lingering crisis in their party.

“We also urge security agencies to thoroughly investigate this matter and not to indiscriminately arrest innocent people who have no connection with this unfortunate incident.”