You are here
Home > EDITORIAL > Babalakin’s denigration of free education 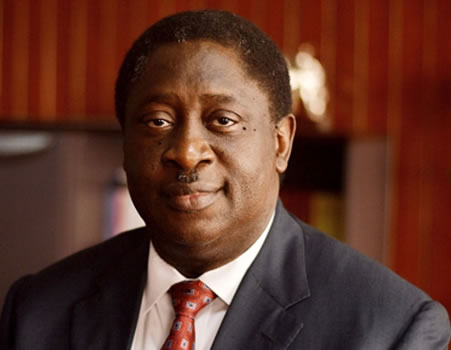 The Pro-Chancellor of the University of Lagos, Dr Wale Babalakin (SAN), purveyed sophistry recently when he described the 1979 free education policy in the western part of Nigeria as one of the saddest events in Nigeria’s history. According to him, western Nigeria embarked on a free education policy without the resources to fund it. He added that while there was nothing wrong with free education, quality education should not be sacrificed on the altar of free education. The UNILAG Pro-Chancellor made these curious remarks during his review of Chief Olatunde Abudu’s biography titled “Sowing the Industrial Mustard Seed.”

To begin with, the premise for his misbegotten thesis represents blatant falsehood. It is curious that Dr. Babalakin chose the occasion of the public presentation of a book to launch an uninformed attack on a policy that set western Nigeria apart from the rest of the country. It is indeed a thing of pride that the Unity Party of Nigeria (UPN) in the states under its control from 1979 to 1983 embarked on the free education policy without which many professors and other professionals in the region today would only have learnt in their dreams. The fresh intakes into secondary schools in 1979 were provided with all the kits needed to pursue education, from steel desks and chairs to books. The basis for this policy had earlier been provided by the Action Group (AG) government in the Western Region which revolutionised governance in the country by launching the free education policy.

Unfortunately, the UPN administration was sacked in a General Muhammadu Buhari-led military coup in December 1983. That military junta set the country back by decades, if not centuries. It proved to be chronically unprepared for the enlarged opportunities already made open to the people via the free education policy and could not sustain it. Admittedly, the military struggled with the policy for a while, but caved in under the intense pressure of indiscriminate subscription. That the policy had already shot up the comparative literacy indices of the region relative to other geopolitical zones in the country can never be disputed. What is more, people from other regions also benefitted from the scheme as long as their children and wards attended secondary schools in the western part of the country.

If the military had not interrupted the policy with its incompetence, the free education policy would have fared better. Indeed, many state universities were established as a result of the hordes of students it made ready for tertiary education. For privileged, elite children, it might be a bit hard to understand the logic behind populist policies like free education because they think, quite erroneously, that cost and quality must necessarily collocate. However, as life’s varied experiences have consistently taught, nothing can be further from the truth. Sometimes in certain dire circumstances, society’s survival depends on the democratisation of opportunities like the free education policy once offered in the western part of Nigeria. Its denigration by members of the privileged and sheltered, bourgeois class actually shows its effectiveness in upsetting the iniquitous system which feeds and protects them.

For instance, how would the Nigerian society have fared if opportunities to get education were limited only to the rich and powerful? If Dr. Babalakin was really concerned about the quality that lowered eventually, he would have paid attention to the military inheritors of the policy who became too perplexed and confounded to sustain it. The initiators of the policy had a good vision and they tried within the available time limit to do their best in giving the society a massive turnaround. The quality which invariably suffered must be blamed on the subsequent paltry budgetary allocations to education that were contrary to the recommendation of UNESCO and other allied factors, not the policy of free education which immensely benefitted the people of the LOOBO (Lagos, Oyo, Ondo, Bendel and Ogun) states even though this fact offends feudal  sensibilities.

It should be clear to knowledgeable people that opportunities are often not universal and any society that deigns to avail its members of them should be encouraged, not denounced. Babalakin’s wholesale condemnation of the 1979 free education policy in the LOOBO states was not only uncharitable but also in poor taste. It reeks of a lack of historical knowledge. The free education policy was initiated in one of the very few times that the Nigerian society made deliberate attempts to lift its members out of misery and denigrating such noble ideals in order to score cheap points is to us churlish and abhorrent. It is indeed unfathomable to blame an administration that only lasted for four years for a rot that has persisted for four decades.

To say the least, the success of the free education policy has remained a point of global reference till date. To denigrate the policy is to repudiate a cornerstone of Nigerian development and tag it a failure. Such a claim cannot withstand intellectual scrutiny.