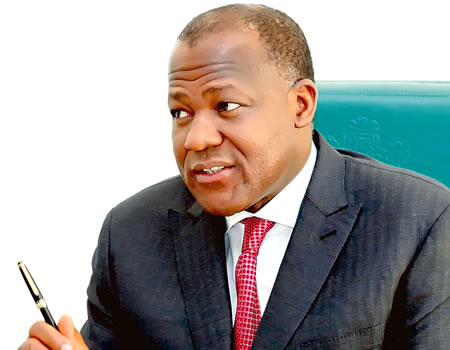 Speaker of the House of Representatives, Yakubu Dogara who spearheaded the electoral victory of the gubernatorial election of the PDP in Bauchi State has declared that “Bauchi state has been emancipated from forces of darkness and retrogression, never will it bend its back again for an oppressor”.

Yakubu Dogara who led the Peoples Democratic Party (PDP) to an unprecedented electoral victory of unseating the incumbent Governor, Mohammed Abdullahi Abubakar of the ruling All Progressives Congress (APC), noted that “the party’s victory speaks to a better, brighter future for generations yet unborn in Bauchi.”

In a statement he personally signed and released immediately after the declaration of the Peoples Democratic Party, (PDP), candidate, Senator Bala Mohammed Abdulkadir as the winner of the governorship election, the Speaker also advised the governor-elect not to take the trust reposed on them by Bauchi state people for granted and to always remember Bauchi people’s rejection of the incumbent Governor as a lesson on what awaits them if they fail to live up to expectations.

He stated that it was unacceptable that the state has over 1.3 children out-of-school, jobless youths roaming around, non- functional hospitals and local government areas that have totally collapsed, while the Governor and his cohorts fed their greed and perfidy.

The Speaker also stated that “The victory of the Peoples Democratic Party (PDP) in Bauchi state is the crowning of the struggle for the emancipation and liberation of our people from the forces of darkness, evil and retrogression that have held the state captive and hostage for over a decade”.

He added that “Indeed, Bauchi and its people have never been this challenged throughout our contemporary history. An oppressor class led mainly by people from without having chained our dear impoverished people to servitude, underdevelopment and penury.  In their unlettered arrogance, they have taken Bauchi people for granted to the point that they believe the patience of an oppressed people will last forever. They, therefore, sought to perpetuate themselves in office again for another four years through this elections just to continue feeding their greed and perfidy”.

“Historically, Bauchi people are known to be brave and politically savvy. They saw through the charade and decided this is the time to break away from the curse that has afflicted us thus far.  By our collective resolve and by the results of this election, we have once again demonstrated to the world that no man-made chains can bind us to servitude. The chains have come undone sending a clear message that Bauchi will never bend its back again for an oppressor to ride”, Yakubu Dogara attributed.

The Speaker also stated that “Today’s victory is ours. Today’s victory speaks to a better and brighter future for ourselves, our children and generations yet unborn. We have proven that working together, there is no challenge that we cannot overcome as a people. I understand as we all celebrate this victory because it came at a coast so many of us were willing to pay in order to salvage our state from the precipice. But we cannot tarry long on this mountain of celebrations as what today’s victory demands of us are to go to work immediately”.

“We cannot go to sleep while over 1.3 million of our children are roaming the streets without access to education; while our hospitals do not qualify as consulting clinics; while hundreds and thousands of our children and youths have no jobs, retirees have no pensions and gratuities; while the entire Local Government system in the state has collapsed and while billions of our resources are being looted using ghost workers and other fraudulent means’, he lamented.

The Speaker concluded that “the work of rebuilding Bauchi begins now and we must never, ever allow our beloved state to fall into the hands of greedy, wicked, heartless, profane and godless people whose only God is their stomach.”

The post Bauchi will never bend its back again for an oppressor to ride ― Dogara appeared first on Tribune Online.