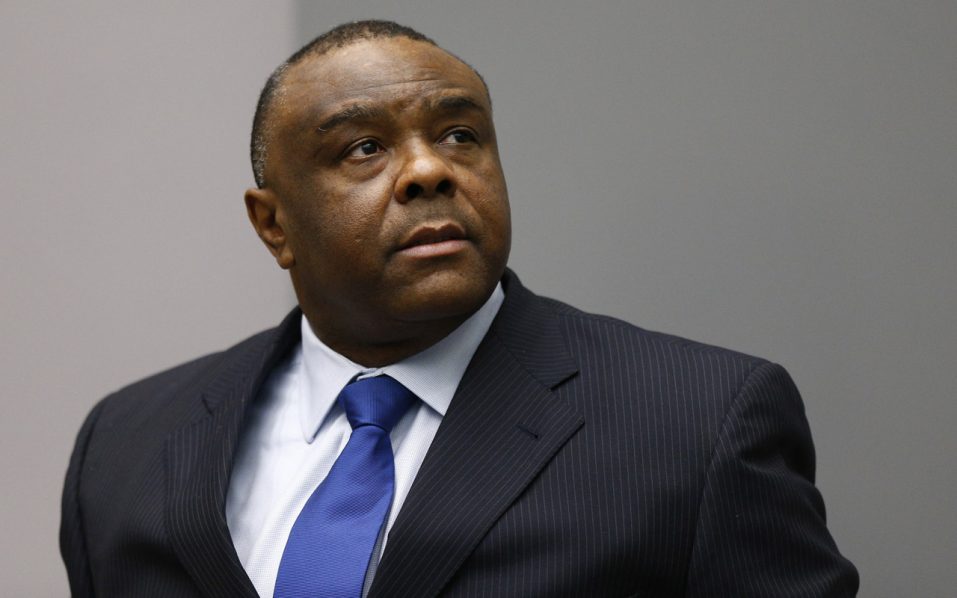 A bitter dispute at the world’s only permanent war crimes court over Congolese politician Jean-Pierre Bemba flared back into the open Wednesday, as prosecutors alleged his surprise acquittal was based on tainted evidence.

But prosecutor Kweku Vanderpuye told judges in a separate corruption and bribery case involving Bemba and his cohorts that “you can’t underestimate the degree of corrosion that was in the record before the appeals court”.

“At the end of the day, the appeal achieved the very objective of the common criminal plan in which these defendants participated, which was Bemba’s acquittal.”

Wednesday’s hearing was called after the appeals court in the corruption case ordered judges to re-determine the sentence imposed on Bemba, 55, and two others.

The appeals court confirmed in March that they were guilty of bribing, corrupting and coaching 14 defence witnesses in his main trial.

But the appeals judges ruled the original sentences imposed for corruption of between two-and-a half years and six months were too low and sent the case back to the lower court for re-sentencing.

Vanderpuye called for a maximum five years to be imposed on Bemba, his lawyer Aime Kilolo and his legal case manager Jean-Jacques Mangenda.

“Anything other than this in our view is patently untenable. Rather than stem impunity it would only promote it,” he argued.

‘No justice for victims’
Neither Bemba, once a rebel leader who became vice president of the vast central African country, nor his co-accused were present in the court on Wednesday.

After his June 8 acquittal in the main war crimes case, Bemba was provisionally freed by the ICC pending sentencing in the corruption case and has returned to Belgium, where he was arrested in 2008 and handed over to the ICC.

The ICC opened its doors in 2002 as a court of last resort which seeks to bring to justice those behind the world’s worst atrocities where domestic tribunals cannot or will not act.

In the court’s toughest sentence to date, Bemba had initially been found guilty by the judges of the atrocities committed by his private army, the Congolese Liberation Movement, under his command.

They committed a series of rapes, murders and pillaging after being sent into neighbouring Central African Republic to put down a coup from 2002-03.

Turning to the some 5,000 victims, Vanderpuye said they had sought justice at the ICC. “They didn’t get it.”

The sentencing in the corruption case was “a reprieve for this court, and an opportunity for the chamber to set things right, once and for all.”

But defence lawyers angrily accused the prosecution of playing “to the peanut gallery” by raising its disagreements over Bemba’s acquittal at the hearing.

Acquittal is ‘final’
The prosecution had no “authority to revisit factual findings issued by the appeals chamber,” said Bemba’s lawyer Melinda Taylor, insisting the June 8 verdict was final.

“The prosecution has appointed itself judge, jury and executioner of the main case acquittal, and that’s not how this court works,” she added.

Such moves “undermine the authority of the court, and it undermines the public perception of Mr Bemba’s innocence.”

Pointing to the 10 years Bemba has already spent behind bars on trial, Taylor called for him to be discharged completely saying it would be “the fairest, most appropriate outcome” with payment of a reasonable fine to go towards the victims of the crimes.

“It is quite simply time to stop the clock on the proceedings of this court, and let Mr Bemba be free,” she added.

After the one-day hearing, the judges will now consider their sentence in private to be issued in the coming months.