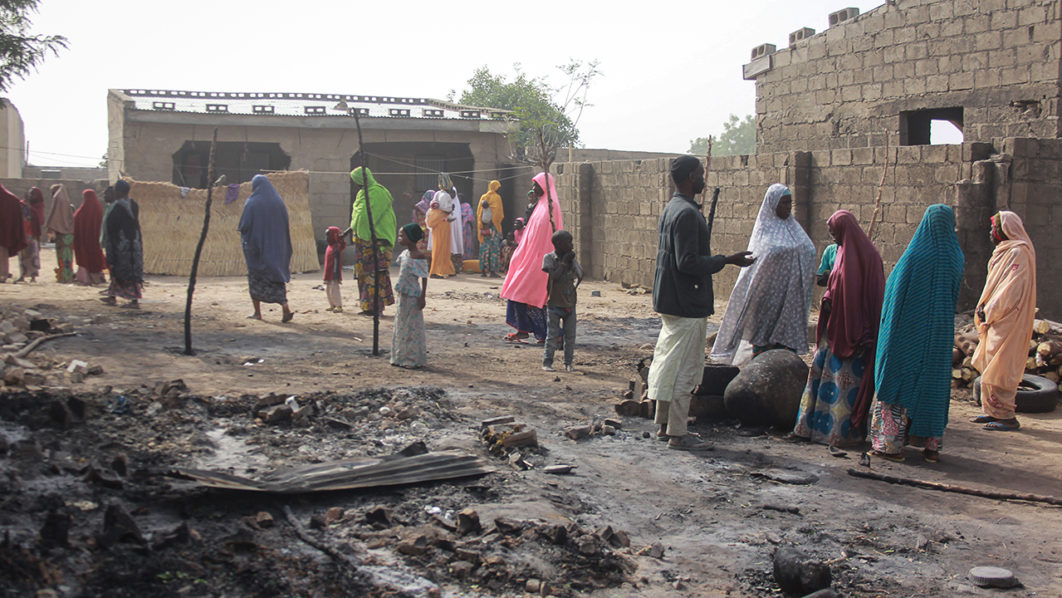 People pack the rest of their belongings following an attack, at the Sajeri village, on the outskirts of the Borno state capital, Maiduguri, on January 8, 2019. – Fighters of the Islamic State group-backed Boko Haram and loyal to the factional leader Abubakar Shekau attacked Sajeri village on the outskirts of the Nigerian city Maiduguri, killing three people. At the same time, militants aligned to Boko Haram faction attacked a military facility in Auno, some 23 kilometres (15 miles) south of the city. (Photo by Audu MARTE / AFP)

“We recovered a total of eight bodies of residents killed in the Boko Haram attack,” late on Friday, Haram Abba Aji-Kalli of the Civilian JTF militia told AFP.

The attack came hours before Nigeria’s electoral commission announced it was postponing Saturday’s presidential and legislative vote for a week.

The delay has been condemned by both President Muhammadu Buhari, who is standing for a second term, and his chief opponent former vice-president Atiku Abubakar.

The killings came after the group overran a military base north of Maiduguri on Thursday, stealing an armored vehicle and torching buildings in an attack that left “several soldiers” missing, two military sources said on condition of anonymity.

The day before, at least four people were killed when the insurgents struck a convoy belonging to the governor of northeast Nigeria’s Borno state, of which Maiduguri is the capital.

In the hard-fought presidential campaign, Atiku has seized on Buhari’s failure to defeat the group while the president has claimed the insurgency is weakening.