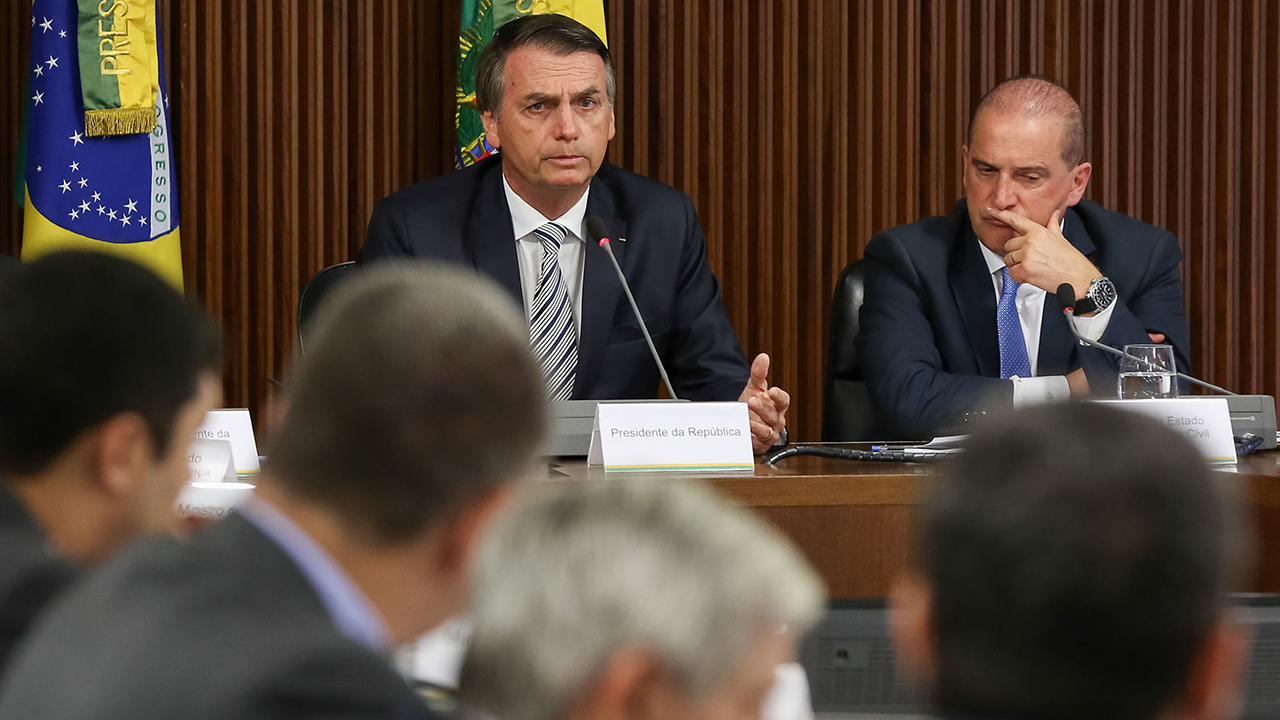 The administration of Brazil’s new President Jair Bolsonaro said Thursday it is starting a purge of government contractors to get rid of those who don’t share its far-right ideology.

The government “will clean the house,” chief of staff Onyx Lorenzoni told a news conference after the first cabinet meeting with Bolsonaro, who took office this week.

“It’s the only way to govern with our ideas, our concepts and to carry out what Brazil’s society decided in its majority,” he said.

The sweep will target contractors deemed sympathetic to the centrist and left-wing parties that have ruled Brazil for most of the period since the country shucked off military dictatorship in 1985.

Bolsonaro and his team routinely identify those parties — particularly the Workers Party that governed between 2003 and 2016 — derogatively as “Socialists” or “Communists.”

Bolsonaro in October decisively beat the Workers Party candidate in elections for the presidency.

The 63-year-old former paratrooper and veteran lawmaker won by promising to combat crime, corruption — and leftwing ideology that he blamed for Brazil’s recent record-busting recession and barriers to business.

He has pledged to roll back protections for the environment and minorities, boost investment, and ease gun laws.

Lorenzoni said the ideological purge of contractors aimed “to do away with the Socialist and Communist ideas that during 30 years have led us to the chaos in which we live.”

The measure does not affect government employees, who enter Brazil’s public service through a competitive exam and are protected from partisan politics by the constitution.

As chief of staff, Lorenzoni holds ministerial rank and is seen as the second most powerful member of the executive after Bolsonaro.

He said that 300 contractors in his ministry had been dismissed under the purge, but added some might be rehired if they passed an “evaluation” of their ideological leanings.

The same shake-up could be extended to other ministries, he said.

“It doesn’t make sense to have a government with a profile like ours to keep on people who support another way of thinking, another political system,” he said.

“We are having the courage to do what maybe the previous government failed to do: clean the house right at the beginning.”

He was referring to the previous administration of president Michel Temer, a center-right politician who took over as a caretaker figure after the last Workers Party president, Dilma Rousseff, was impeached and removed from office in 2016.

Bolsonaro has repeatedly railed against the Workers Party and its supporters.

During his campaign, he said his “red” opponents — the color of the Workers Party flag — would have to “either go overseas or go to jail” if he won.

On Tuesday, in his first public speech as president, he vowed Brazil’s green-and-yellow flag “will never be red.”