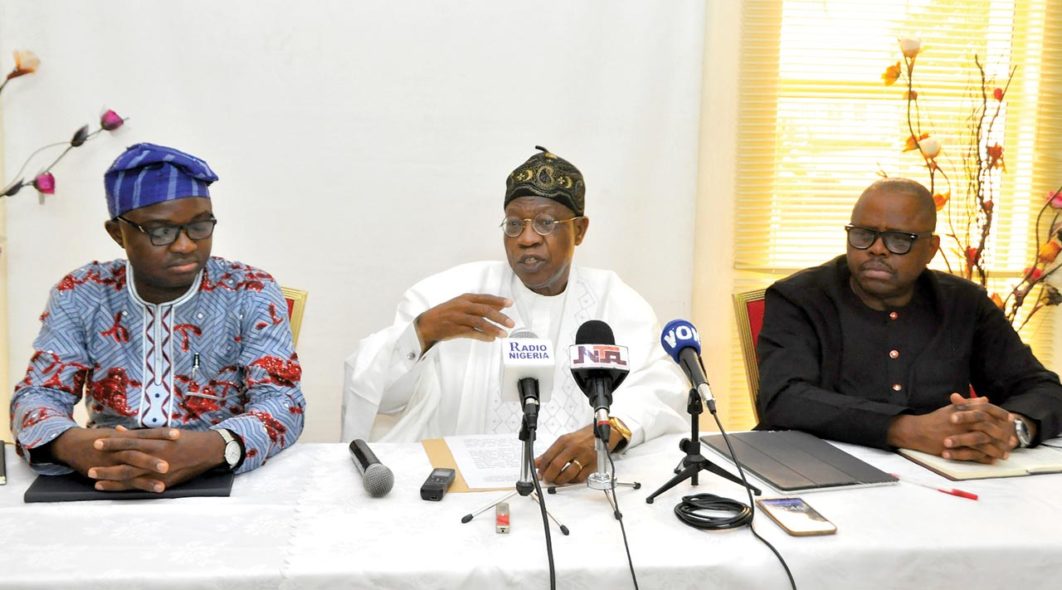 Nigeria’s minister of information and culture, Lai Mohammed, on Monday said the Buhari led government deserved commendation and not the criticism on the outcome of Saturday’s governorship election in Osun state.

The ruling All Progressives Congress came under heavy criticism from the opposition Peoples Democratic Party and some section of the public after the governorship election was declared inconclusive by the Independent National Electoral Commission (INEC) despite PDP’s candidate Ademola Adeleke leading APC’s Gboyeba Oyetola.

But, Mohammed, faulted criticisms trailing the decision INEC’s to declare the election inconclusive, adding that the APC would not make complain about the situation because of its belief in the rule of law.

“I think you should, on the contrary, congratulate and commend the Federal Government for being very impartial in the conduct of an election. And for those who are saying, ‘this is probably a sign that PDP would win’, every election is a local matter.”

The minister who spoke at the Murtala Muhammed International Airport (MMIA) in Lagos while inaugurating a catering facility it was unfortunate many had forgotten how similar situations were managed in the past when PDP was in power.

He explained that a similar situation was witnessed in 2015 during the governorship election in Kogi state where APC was in the lead.

“You see people have very short memory. I must tell you they exhibit a lot of ignorance. How many people remember today that in 2015, the governorship election in Kogi was suspended even when the APC was leading with 90,000 votes,”

“And there were reruns ordered in about 90 polling units or so. So what happened in Osun has nothing to do with whether APC was winning or not winning or it is in government. It is the prerogative of the Independent National Electoral Commission to decide whether an election is concluded or not,” Mohammed said.

Mohammad also said the election was not a vote of no confidence on the APC government as being insinuated, saying every politics has its local peculiarities.

“If this had happened four years ago, they would have declared victory for the PDP but you can see that this is a government that believes in rule of law and fair play and that is why we submitted to the decisions of INEC, not that we didn’t have things to contest.

“We have a lot of things to contest also but we submitted to the decision of INEC because we believe in rule of law.”

Mohammed who debunked claims that the APC’s popularity in Osun was being defated said the margin of 353 votes between its candidate Oyetola and PDP’s candidate Adeleke only shows the height of competitiveness in the election.

“At times we are a bit shallow in our assessment. If there is an election and APC has just a margin of 353 votes and you said APC had lost heavily, you should learn to look at context. Two, this is an election that was very peaceful, highly competed for, even though the APC had control of all the state institutions, we refused to abuse them.”