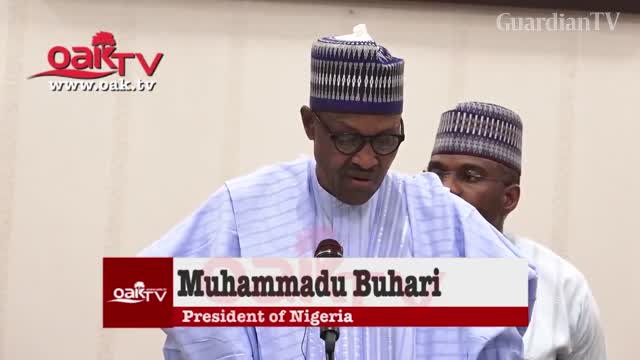 President Muhammadu Buhari has expressed satisfaction with the current level of relationship between Nigeria and the United States (US).

A statement signed by his Senior Special Assistant on Media and Publicity, Garba Shehu, yesterday, said Buhari, who spoke on the issue when he received a telephone call from the US Secretary of State, Michael Pompeo, on Thursday, also used the opportunity to congratulate Pompeo on his appointment.

The President recalled his past meeting with Pompeo, then as the Director of the Central Intelligence Agency (CIA), and thanked him for the enormous support the US has extended to the Nigerian security and intelligence services.

He requested Pompeo to extend his appreciation to President Donald Trump for the warm reception he was given in the course of his recent visit to the White House.

Pompeo, according to Shehu, assured Buhari that with him in the Department of State, relations between both countries would get even better, reiterating the desire of the US to continue to pursue, side by side with Nigeria, matters of common interest on the African continent, including the fight against terrorism and corruption, trade and development.

Meanwhile, Buhari was, yesterday, joined by the Inspector General of Police (IGP), Ibrahim Idris, and Kaduna State Governor Nasir el-Rufai for the Juma’at prayers at the Presidential Villa, Abuja.

The IGP was seen conversing with the President minutes after the prayer session. As they exchanged pleasantries, the President was overheard asking the IGP, “are you back?”

The IGP has been in the news over his exchange with the senate, which on May 9, passed a vote of no confidence on him, describing him as “enemy of democracy,” following his failure to honour its invitations twice and was seen in a video circulating on the social media having difficulty in reading a prepared speech during an event in Kano last Monday.

Idris, however, asked the Deputy Inspector General of Police (Operations), Joseph Habila, to represent him at the senate.