You are here
Home > 2019 elections > Buhari in Lagos, says no looter will go unpunished 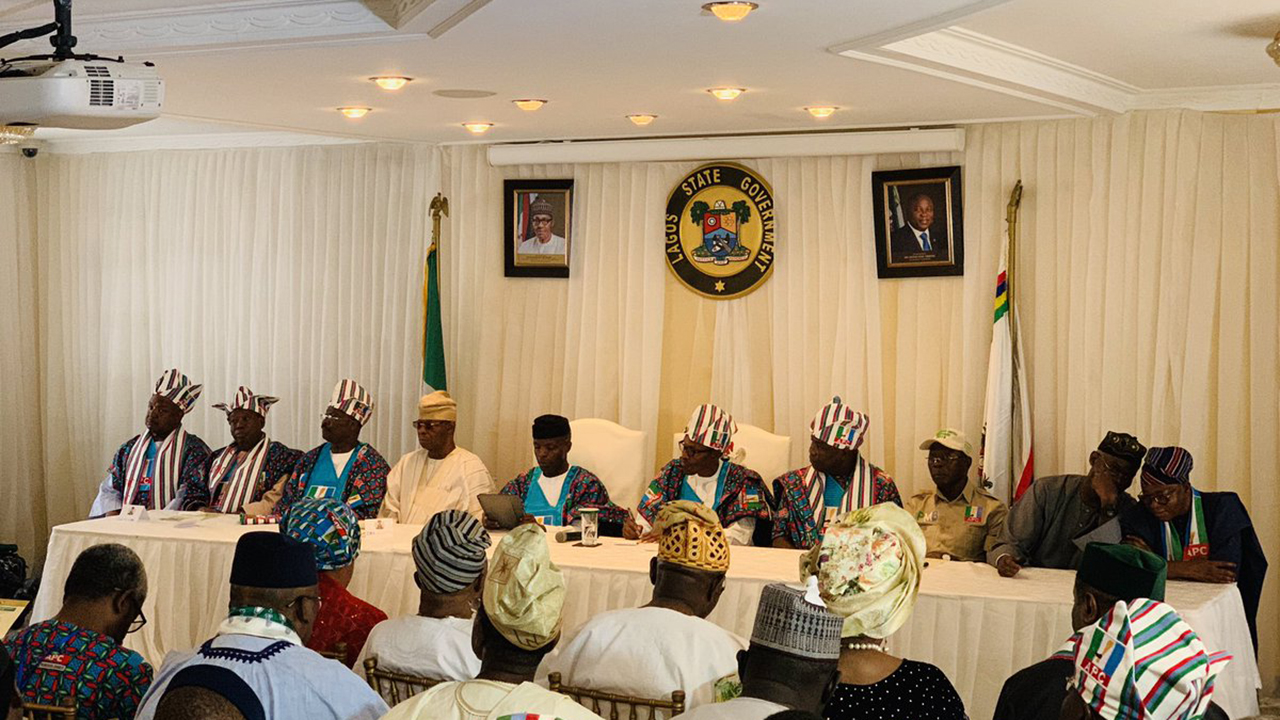 An interactive session between H.E. President @MBuhari and members of the Organized Private Sector (OPS) at Lagos House, Marina minutes before the rally.<br />PhotoTwitter/AsoRock

President Muhammadu Buhari on Saturday said that his administration would recover all looted public funds and deal decisively with perpetrators of corruption.

Buhari made the declaration in Lagos while speaking at the All Progressives Congress (APC) Presidential rally.

The News Agency of Nigeria (NAN) reports that the rally attracted a mammoth crowd of party faithful, who trooped out in their thousands to welcome the president.

Gov. Akinwunmi Ambode of Lagos, Gov. Ibikunle Amosun (Oyo), Gov. Kayode Fayemi (Ekiti) and Gov. Rotimi Akeredolu (Ondo), were some of the other top government and party personalities were at the rally.

Buhari said his administration’s fight against corruption was total and irreversible, saying that no treasury looter would escape justice.

“Let me assure you that whoever has stolen our money, we will get hold of, take whatever they have stolen and keep them in prison. It is our duty and responsibility, we will do it,’’ he said.

The president also promised that his administration would continue to maintain progress in his campaign promises, if re-elected.

He added that more achievements would be recorded in the areas of security, economy and the fight against corruption.

Buhari said the All Progressives Congress (APC) was the only party that had their interests at heart and urged them to keep faith with the party in the February and March polls.

He thanked those at the rally for their patience and for defying the heat to attend the programme.

The President assured residents and indeed all Nigerians of his commitment to a better Nigeria.

Also speaking, Vice President Yemi Osinbajo said the APC was committed to the Nigerian project and urged the electorate to reject the People’s Democratic Party (PDP) at the polls.

Osinbajo, who addressed the rally in Yoruba, said the APC would achieve more progress in job creation, infrastructural development and power generation, if re-elected.

The Vice President also said the current administration would sustain the tempo of investment in rail infrastructure, if elected.

He said the PDP almost looted the country dry during its 16years in power and that the APC was fixing the damage.

Osinbajo added that Nigerians could vouch for the integrity of Buhari, adding that “even his enemies know he is not a thief”.

He urged Lagos residents to turn out en masse to vote for APC on Feb. 16 and March 2.

Earlier, Oshiomole, Tinubu, Amaechi, Fashola and Ambode, among others, also addressed the rally.

NAN reports that APC flags were presented to the governorship, Federal and state legislative candidates in the state at the rally.