You are here
Home > HEADLINES > Buhari surpasses other presidents on assent to bills, say Enang 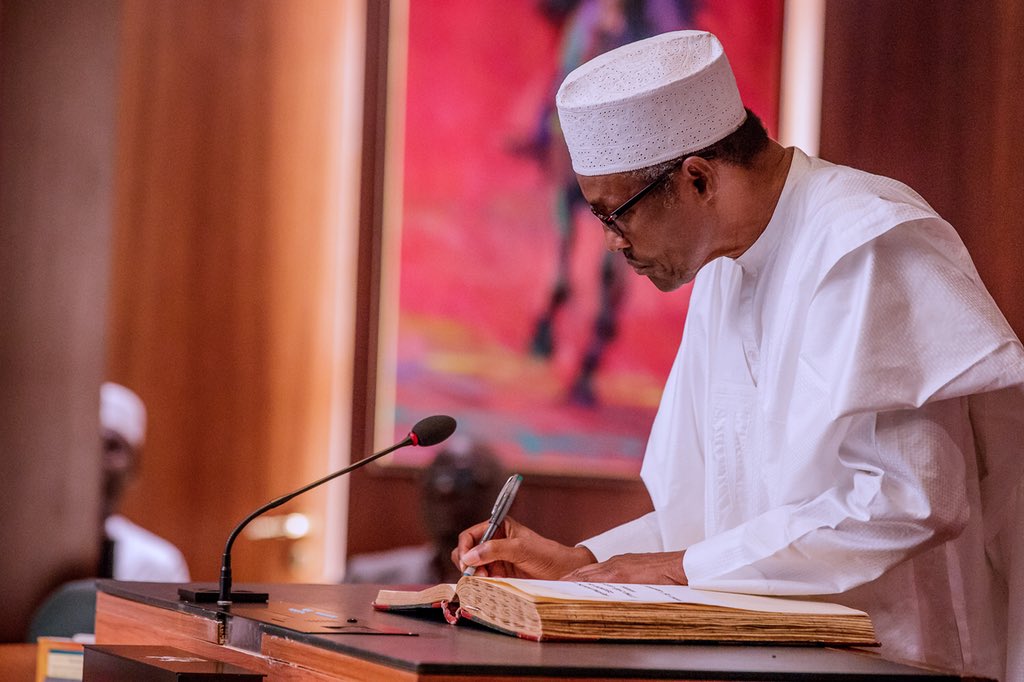 The Senior Special Assistant to the President on National Assembly Matters (Senate), Sen. Ita Enang says President Muhammadu Buhari has assented to the highest number of bills compared to any other president since 1999.

Enang explained that on every occasion where the President declined assent, he acted in the public interest.

“Whenever Mr President assents to a law and there is something wrong with that law, it is the public that will question both the legislature and the Executive through the court.

“So, what the President has done is to state detailed reasons why he withholds assent to some of the bills.

“I know that when Mr President withholds assent, the legislature looks back again at the reasons the president gives.

“Some maybe that there is a drafting error which if assented to in the manner it is, will create ambiguity in the course of interpretation. Some may be that it will cause revenue leakage,” he said.

Enang added that the president’s decisions were always in consultations with stakeholders, citing the the Competition Commission Act which Mr President assented to about three months ago.

He said that beginning from 2018, that the bill had problems, and had to be withdrawn, worked on and then re-presented for Mr President’s assent.

“Also, the amount of money that will go to the agency will be too high for that agency alone as against what money will be made available to be distributed to the local governments and the state governments,” he said.

The presidential aide stated that the National Assembly was aware of such concerns and had made efforts to address such issues.

Enang, however contended that the president was not bound to sign every bill, but that the most important thing was that he communicated his assent or withholding of assents within 30 days.

He also called on the National Assembly, particularly the Senate, to prioritise passage of the 2019 Budget and Medium Term Expenditure Framework (MTEF), the Minimum Wage Bill, as well as the budgets of about 64 revenue generating agencies currently before it. Enang added that Ministries, Agencies and Departments (MDAs) were ready to defend their budgets when called upon.