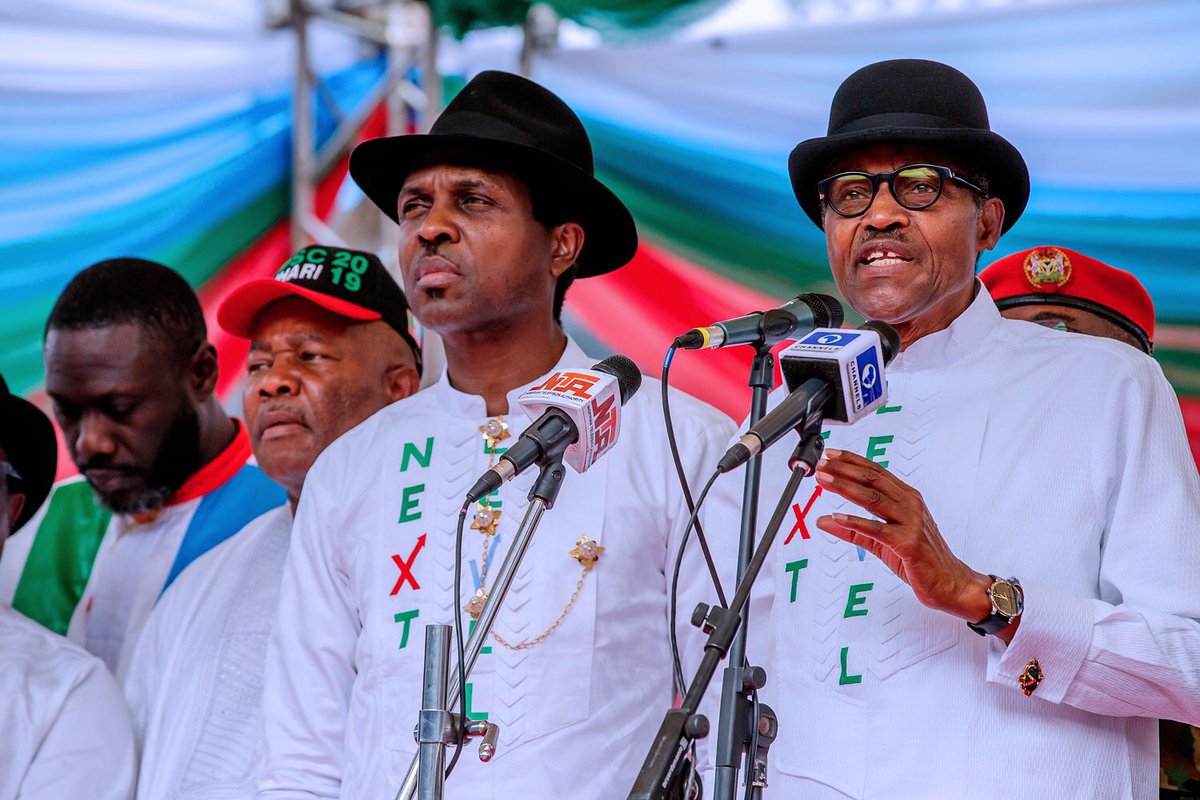 President Muhammadu Buhari yesterday vowed to probe the $16 billion invested in the power sector by his predecessor in office, Chief Olusegun Obasanjo. He pledged that every kobo would be recovered and anyone found wanting exposed.

Speaking during an All Progressives Congress (APC) rally in Yenagoa, Bayelsa State, the president stated that he was unrelenting in his chase of treasury looters.

Buhari, who addressed a mammoth crowd of party faithful from the eight council areas and youths from the Hausa community in the state, submitted that the daunting challenges notwithstanding, his administration had contained security issues in the North East while the economy was on the path of self-reliance.

His words: “The previous government mentioned on their own that they spent $16 billion on power. But you are better witnesses. Where is the power? Where is the money? We will follow them. God willing, we will catch them and get our money back.

“I don’t have anything new to say outside what people have spoken earlier. But I assure you that in APC government, we take the problems of security, economy and infrastructure seriously and we are also promising that we will make people who occupy executive positions both at the state and federal levels accountable to the people.”

The president expressed satisfaction that the current administration had performed creditably on its campaign promises.

Former governor and leader of the party in the state, Timipre Sylva, and the Minister of State for Agriculture and Rural Development, Heineken Lokpobiri, urged the citizens to vote massively for the president and the party come this weekend.

However, Buhari said he was very disturbed that his party had been barred from the February 16 National Assembly, March 2 governorship and legislative elections in Rivers State.

The development was consequent upon the ruling yesterday of the Supreme Court which upheld the earlier judgments of the high and appellate courts.

In a unanimous judgment delivered by Justice Amir Sanusi, the apex court agreed with the respondents, led by Ibrahim Umar, that the suit was a pre-election matter and that the appeal filed by the APC was done outside the 14 days required by law.

Even yesterday, it was a free for all between supporters of Senator Magnus Abe and the other faction during the party’s presidential rally in Port Harcourt.

The fracas resulted in 10 deaths at the Adokiye Amisenaka Stadium venue of the event within the capital.

The president, who arrived the facility long after a cloud of despondence following the news of the ruling, lauded party supporters for their restraint. He pledged justice for all if re-elected.