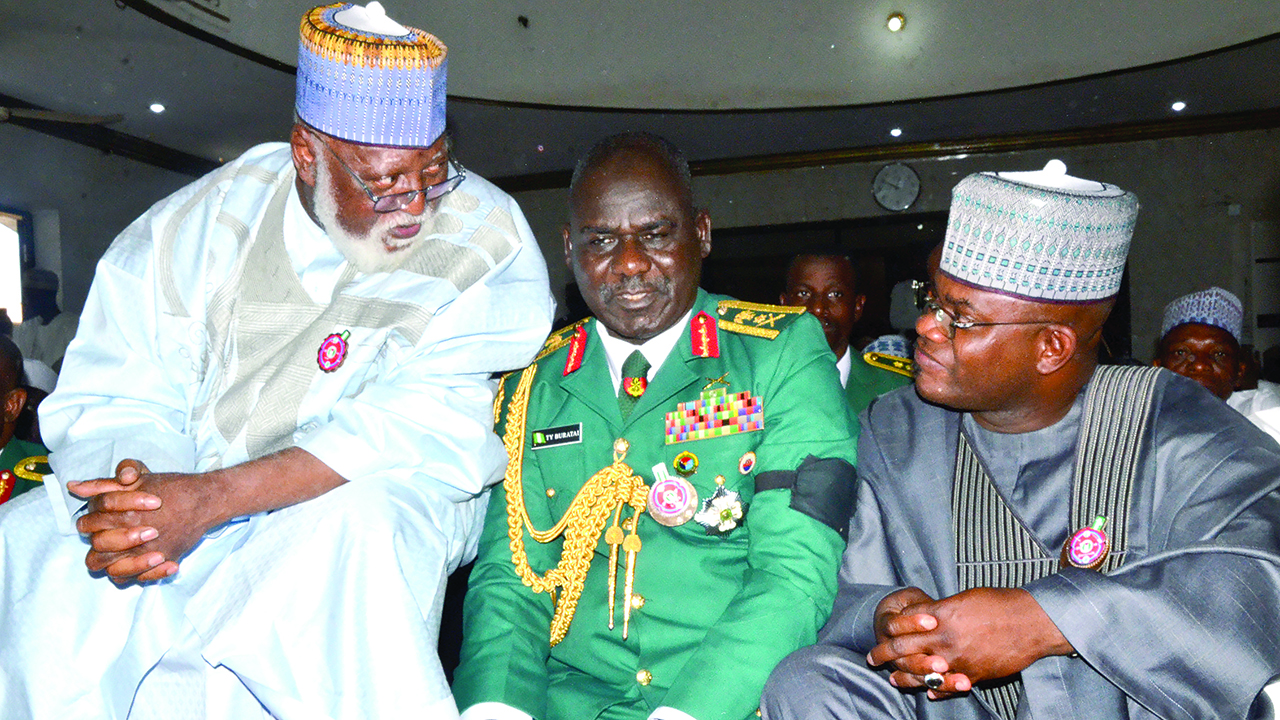 The Chief of Army Staff (COAS), Lt. General Tukur Yusuf Buratai, has been sent a joint Freedom of Information (FOI) request by Civil Society Organisations (CSOs), asking him to provide information on the 2015, 2016 and 2017 budget implementation reports of the Nigerian Army.

According to the organisations, if the information is not provided within 14 days of the receipt and/or publication of the letter, they would institute legal action under the Freedom of Information Act, compelling the office of the COAS to comply.

The request sent last week and signed by Bamisope Adeyanju (SERAP), Seun Akinyemi of (EiE) and Atiku Samuel (BudgIT), noted: “Transparency of the budget process and its implementation is an essential condition to achieve good governance. The reports, if provided and published, will shed light on military spending and put to rest once and for all the perceived lack of transparency and accountability in the spending of military budgets, which has been a subject of intense public debate and concern.

“Several billions of naira allocated to the military to defend the country and protect its people have neither contributed to improving the ability of Nigerian soldiers to fight Boko Haram and other armed groups nor provided the much-needed security, especially for Nigerians in the northeast of the country.”

“By virtue of Section 1(1) of the Freedom of Information Act, 2011, we are entitled, as of right, to request or gain access to information, including information on the 2015, 2016 and 2017 budget implementation reports of the Nigerian Army and the amounts released (financial implications) and expended in fiscal years 2015, 2016 and 2017 for the various operations listed, which have yielded no tangible result.

“Also, by virtue of Section 4(a) of the FOI Act, when a person makes a request for information from a public official, institution or agency, the public official, institution or agency to whom the application is directed is under a binding legal obligation to provide the applicant with the information requested, except as otherwise provided by the Act, within 7 days after the application is received.”

A soldier meanwhile was killed as troops repelled Boko Haram fighters on Friday.

“The terrorists took advantage of the ongoing distribution of relief materials at Gudumbali and opened fire on troops’ location. This was followed by rapid fire from other terrorists in gun trucks along Gudumbali-Kukawa axis. The troops however fought gallantly and outmaneuvered the attackers, inflicting heavy casualties on them.

“Unfortunately, a soldier paid the supreme price during the encounter and one other was wounded in action, while a Cobra Armoured Personnel Carrier (APC) and a truck belonging to the unit were damaged,” Nwachukwu said.

In another development, the remains of the late former Chief of Army Staff, Lt. Gen. Salihu Ibrahim, were laid to rest yesterday after funeral prayers at Yahaya Road Juma’at Mosque, Kaduna.

While reading the funeral oration, Buratai described the late army chief as an articulate and professional soldier with a good sense of responsibility. “His death is a great loss to his family, the Nigerian Army and the country at large,” he added.