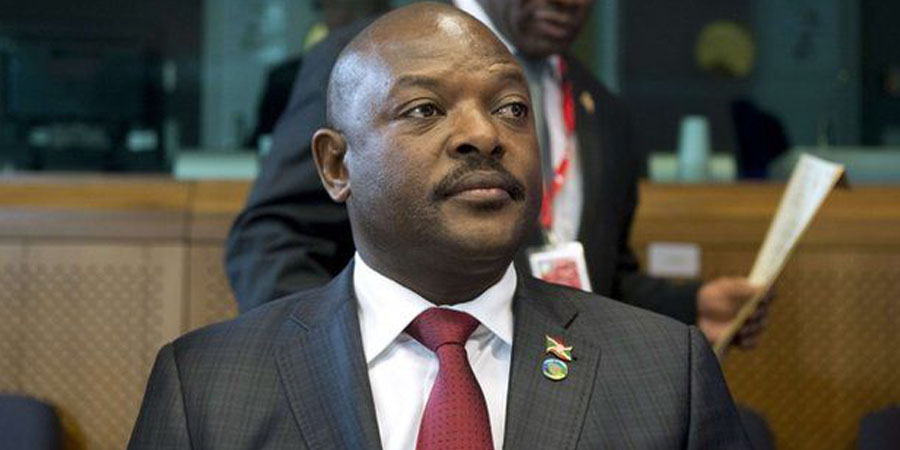 Burundi on Tuesday launched the official campaign for a referendum on constitutional change that could enable President Pierre Nkurunziza to stay in power for another 16 years.

Twenty-six parties, most of them aligned with the ruling CNDD-FDD party, have been authorised to campaign for the May 17 plebiscite in the politically tense central African nation.

The vote is taking place in tightly-controlled conditions, and parties which advise electors to abstain — rather than cast a Yes or No ballot — risk up to three years’ jail.

Burundi’s exiled opposition, gathered in an alliance called CNARED, has called for a boycott of the referendum, which it describes as the “death knell” to a 2000 agreement that helped end a bloody civil war.

But if the amendment is approved, Nkurunziza would be entitled to stand for two more seven-year terms from 2020.

In 2015, Burundi was plunged into a deep political crisis when Nkurunziza ran for a third term in office.

At least 1,200 people were killed and 400,000 fled the country. The International Criminal Court (ICC) has begun an investigation into widespread abuses that took place at this time.

Opposition leaders accuse the government of stifling debate and failing even to issue the official draft of the proposed change.

“The government has not even officially communicated to us the draft of the revised constitution so that we can examine it and know for sure which text will be submitted for public approval or disapproval,” Georges Nikiza, the spokesman for the National Rally for Change, RANAC,told AFP.

Even the Amizero y’Abarundi coalition, which has five members in the government, said it was still unaware of the final text.

“When the time came to discuss the constitutional amendment in the cabinet, the text was handed out to ministers and it was taken away from them shortly afterwards… The risk is that we are called out to vote without knowing officially what is going to change,” a coalition leader said, speaking on condition of anonymity.

On April 20, police said eight people had been arrested with “the goal of disrupting the next referendum with the use of firearms.”

Two automatic weapons and ammunition were seized at the home of a suspect in the west of the country, they said.