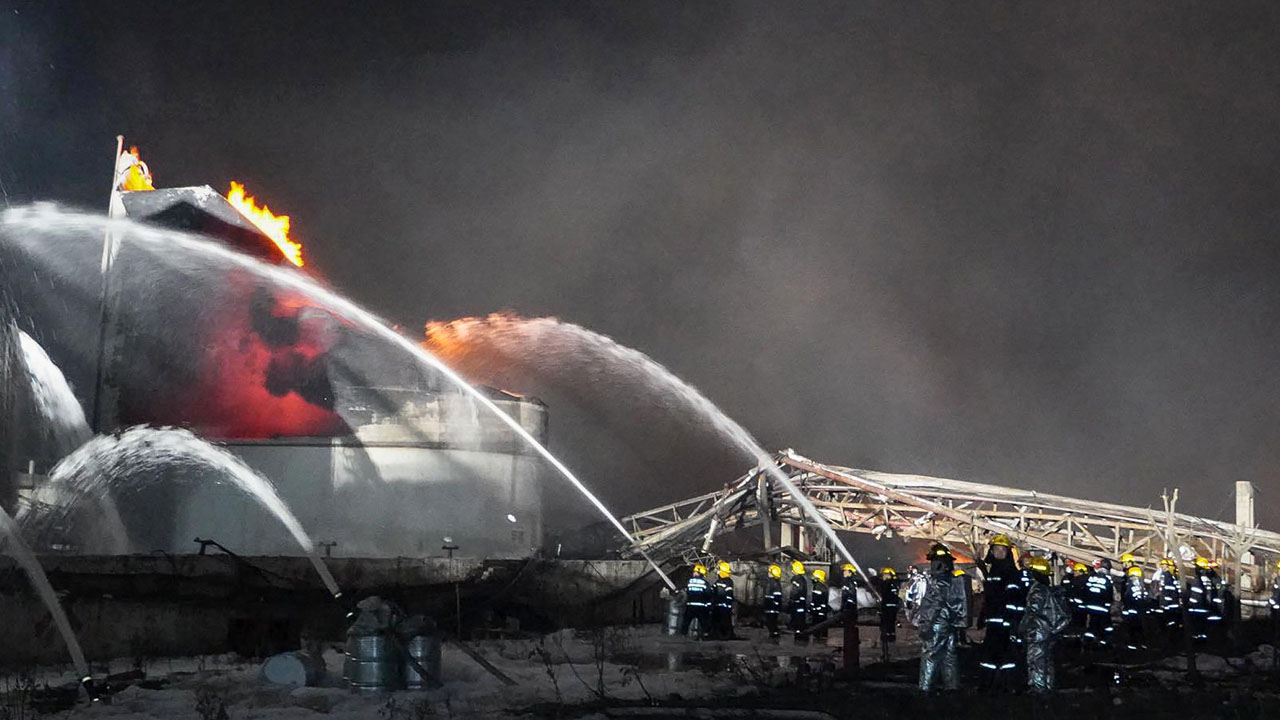 Thursday’s explosion in the eastern city of Yancheng, Jiangsu province was one of the worst industrial disasters to hit China, with Xi acknowledging that the country has seen a rash of major accidents in recent years.

Xi — who is on a state visit to Italy — urged “all-out efforts” to rescue those trapped and to identify the cause of the accident “as early as possible”, according to the official news agency Xinhua.

The State Council, China’s cabinet, has established a team to investigate the explosion, state media said.

The explosion toppled several buildings in the industrial park and caused a huge fire that raged through the night, while rescuers scrambled to find survivors in the wreckage of the plant owned by a company with a chequered past.

More than 600 people have received medical treatment following the blast, said the city government on its official Twitter-like Weibo account.

Among them, at least 90 are seriously injured. Hundreds of rescuers have been dispatched to the scene, local authorities said, and some 4,000 people have been evacuated from the blast site.

Local authorities, who are investigating the cause of the accident, said an unspecified number of people were taken into police custody on Friday.

The facility involved in the explosion belonged to Tianjiayi Chemical, a firm with 195 employees established in 2007 that mainly produces raw chemical materials, including anisole, a highly flammable compound.

Tianjiayi Chemical has a history of violating environmental regulations, according to online records from Yancheng city’s environment and ecology bureau.

In 2015 and 2017, the firm was fined for violating rules on solid and water waste management.

Toxic water
In the aftermath of the explosion, several residents told AFP they were concerned about pollution from the industrial accident.

“We don’t have drinkable water here,” said one 60-year-old woman surnamed Xiang. “Why hasn’t the government sent us some water?”

She said she had harboured concerns about safety and pollution at the site for a long time.

According to a report released Friday by Jiangsu province’s ecology and environment department, several rivers near the blast site are contaminated with chemicals, including chloroform and dichloromethane.

The force of the explosion — which was so powerful that it apparently triggered a small earthquake — blew out windows and dented metal garage doors of buildings as far as four kilometres (2.5 miles) from the site.

Nearby residents — many of them elderly — have started sweeping up glass, and in some cases, seemed to have abandoned their homes entirely. Black smoke could still be seen rising from the chemical plant on Friday morning before dissipating.

On the road where Xiang lived, consisting of basic two-storey homes, almost all the windows and some window frames were blown in.

The woman was sitting at home when the explosion occurred and said the force rocked her house and badly damaged her front door.

There was no immediate government help, she said, and residents were clearing the street themselves.

“I have no one to help me here,” said a grandmother and single mom surnamed Wang.

“What am I going to do with all the shattered glass on the floor and a broken wall?” the 57-year-old told AFP, tearing up.

Workers covered in blood were seen running out of the factory, said official news agency Xinhua on Thursday, citing witnesses.

An aerial view of the blast area showed a large swath of destruction in the industrial park, where multiple fires had initially raged.

Firefighters extinguished the blaze Friday after battling raging flames through the night. Three chemical tanks and five other areas had been on fire.

In November, a gas leak at a plant in the northern Chinese city of Zhangjiakou that will host the 2022 Winter Olympics killed 24 people and injured 21 others.

In 2015, China saw one of its worst industrial accidents when giant chemical blasts in the northern port city of Tianjin killed at least 165 people.