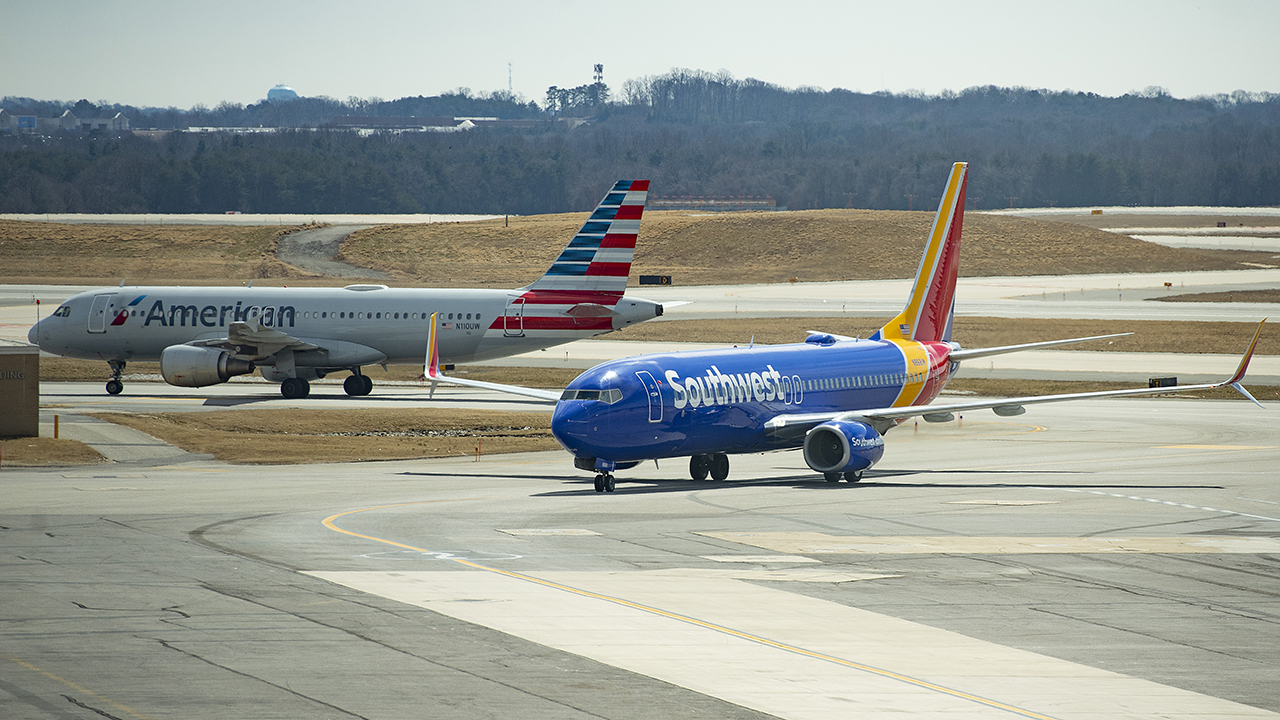 A Boeing 737 flown by Southwest Airlines taxis to the gate at Baltimore Washington International Airport near Baltimore, Maryland, on March 13, 2019. – US regulators said “new evidence” gathered at the site of a deadly crash in Ethiopia as well as satellite data prompted Wednesday’s decision to suspend flights of all Boeing 737 MAX aircraft. “The agency made this decision as a result of the data gathering process and new evidence collected at the site and analyzed today… together with newly refined satellite data,” the Federal Aviation Administration said on Twitter. The grounding “will remain in effect pending further examination.” (Photo by Jim WATSON / AFP)

Flight recorder data recovered from the wreckage of Boeing 737 MAX planes that crashed in Ethiopia and Indonesia shows “clear similarities,” Addis Ababa said Sunday as the US maker announced it was finalizing a software update for its under fire anti-stall system.

Pressure was mounting meanwhile on the US Federal Aviation Administration, which insisted it had followed standard procedures in certifying the plane model, even as it was reported to have come under investigation by the Department of Transport.

It said its procedures were “well established and have consistently produced safe aircraft designs.”

But reported similarities between the March 10 crash of an Ethiopian Airlines 737 Max 8, killing all 157 on board, and the Lion Air crash in October of the same model of plane in Indonesia, leaving 189 dead, have raised serious doubts and triggered Boeing’s biggest crisis in decades.

The 737 MAX is a relatively new aircraft, having entered service only in May 2017 as Boeing’s answer to Airbus’s medium-haul A320 Neo.

Ethiopian Transport Minister Dagmawit Moges said Sunday that a study of the flight data recorder retrieved from the Ethiopian plane had shown “clear similarities” to that of the Lion Air flight in Indonesia.

She said the parallels would be the “subject of further study.”

Pilots had complained
As investigators continue their work, preliminary findings in the Lion crash have focused on a possible malfunction of an anti-stall system known as the MCAS (Maneuvering Characteristics Augmentation System).

Boeing developed that system, because of the unusually forward placement of the plane’s engines, to avoid a stall.

The manufacturer said Sunday it was close to releasing a long-awaited software patch to the system.

“While investigators continue to work to establish definitive conclusions, Boeing is finalizing its development of a previously-announced software update and pilot training revision that will address the MCAS flight control law’s behaviour in response to erroneous sensor inputs,” president and CEO Dennis Muilenburg said.

Experts have questioned the FAA’s certification process after learning that American pilots had lodged serious complaints about the system.

According to a Wall Street Journal report Sunday, the FAA had come under an “unusual inquiry” by the Department of Transport over the issue and has warned officials to safeguard computer files, according to sources quoted by the paper.

The Journal said the probe would zero in on Seattle-area FAA offices. Boeing airliners are built near Seattle.

A Seattle Times report Sunday said the FAA had delegated part of the certification process for the plane — including the MCAS — to Boeing engineers.

The original safety analysis provided to the FAA by Boeing contained “several crucial flaws,” the newspaper said, adding that the process was carried out hastily as Boeing struggled to catch up with Airbus’s more advanced work on the A320 Neo.

The report was dated 11 days before the Ethiopian Airlines accident, the newspaper reported.

‘All requirements… met’
The FAA refused on Sunday to comment on the newspaper reports, noting the various investigations still underway.

In the face of budget cuts, the FAA since 2009 has delegated some certification work to aircraft manufacturers or to outside experts, a procedure known as ODA (Organization Designation Authorization).

On Sunday, the agency defended its practice, insisting that the 737 MAX had to pass multiple tests and reviews before being authorized to fly.

It said the aircraft’s design was minutely examined, ground and flight tests were conducted, and other civil aviation authorities were consulted to ensure the “airplane complies with FAA standards.”

A statement provided by Boeing to The Seattle Times said that “the FAA considered the final configuration and operating parameters of MCAS during MAX certification, and concluded that it met all certification and regulatory requirements.”

It said, without elaborating, that there had been “some significant mischaracterizations” of the certification process.

Peter DeFazio, chairman of the House of Representatives’ transportation and infrastructure committee, is planning to launch an investigation into the 737 MAX’s certification, congressional sources said.

Michel Merluzeau, an analyst at AirInsight, urged a cautious process.

“There may be a need to re-examine what works and what does not work (in the certification process) — but it should not be done emotionally,” Merluzeau said.

Another analyst, Richard Aboulafia of Teal Group, said the FAA’s credibility is at stake — “as is Boeing’s. And, the global system of aircraft certification reciprocity is at risk too,” he said.