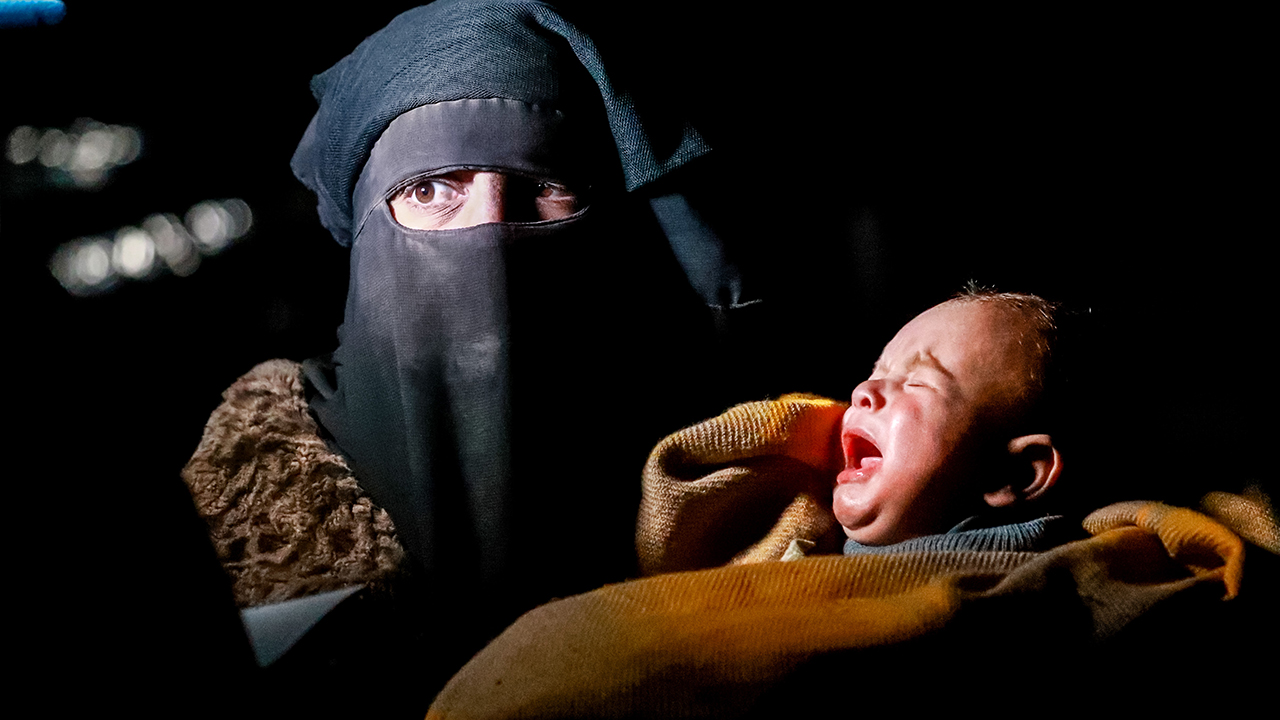 A woman wearing a niqab (full face veil) carries a crying infant near the Omar oil field in the countryside of the eastern Syrian Deir Ezzor province on January 25, 2019, as she arrives with other fleeing families from remaining pockets held by Islamic State (IS) group fighters. – The Syrian Democratic Forces (SDF), backed by air strikes of the US-led coalition, are fighting to expel the last IS fighters from a few hamlets in the eastern province of Deir Ezzor. For days, hundreds have been fleeing what remains of the so-called “Hajin pocket” east of the Euphrates, SDF officials say. (Photo by Delil SOULEIMAN / AFP)

Coalition missile strikes have killed 42 people including 13 civilians in what remains of the Islamic State group’s last holdout in eastern Syria, a war monitor said.

The Syrian Democratic Forces, with backing from a US-led coalition, are battling to expel the last jihadists from hamlets in the eastern province of Deir Ezzor.

Among them were 13 civilians, the Britain-based monitor said.

They included seven Syrians linked to IS including three children from the same family, as well as six Iraqi non-combatants, it said.

The coalition was not immediately available for comment, but has in the past said it does everything to avoid targeting civilians.

The SDF have since September been battling to expel IS from their last pocket of territory on the eastern banks of the Euphrates River in Deir Ezzor.

The SDF has advanced swiftly in recent weeks, taking control of a series of key villages, with IS scrambling to retaliate.

On Thursday, IS failed to retake Baghouz from the SDF in one counterattack that left a total of 50 fighters dead on both sides, the Observatory said.

Thousands of people, mostly women and children, have fled into SDF-held territory in recent days, according to the Britain based Observatory, which relies on a network of contacts inside Syria for its information.
is
IS overran large swathes of Syria and neighbouring Iraq in 2014, declaring a “caliphate”, but it has since lost almost all of its territory to various offensives.

But it maintains a presence in Syria’s vast Badia desert.

Syria’s civil war has killed 360,000 people and displaced millions since it started in 2011 with the brutal repression of anti-government protests.