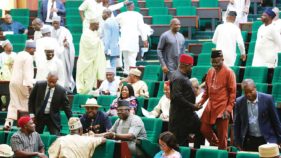 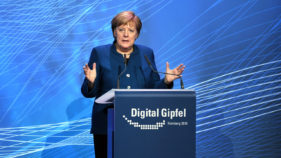 The presiding judge Ahmad Badamasi said the House has no capacity of probing a bribe investigation because it is a criminal offence.

Badamasi stated that collecting bribe from contractors is a criminal offence according to Sections 115 and 116 of Penal Code, and should be left for agencies under executive arms such as police and the Economic Financial Crime Commission to investigate.

He, therefore, ordered the House to restrain from interviewing or inviting any person on the bribery allegation against the governor.

In October, a news paltform, Daily Nigerian, based in Abuja, reported that Ganduje received up to $5 million in a series of questionable deals with state contractors.

The platform said it was in possession of three footages that showed how the governor was receiving bribes from state contractors.

One of the videos showed a person, which it claimed to be the governor, roll nearly $3 million under his cloth.

But Ganduje denied being the person in the video.

“We wish to state that there is no iota of truth to these allegations and if indeed there is any such alleged video, it is at best cloned,” the Kano state commissioner for information, Malam Muhammad Garba said in a statement.

“The government of Kano state is taking this matter seriously, and will exploit every appropriate and legal avenue to ensure that it gets to the root of the matter and the perpetrators are brought to book.”