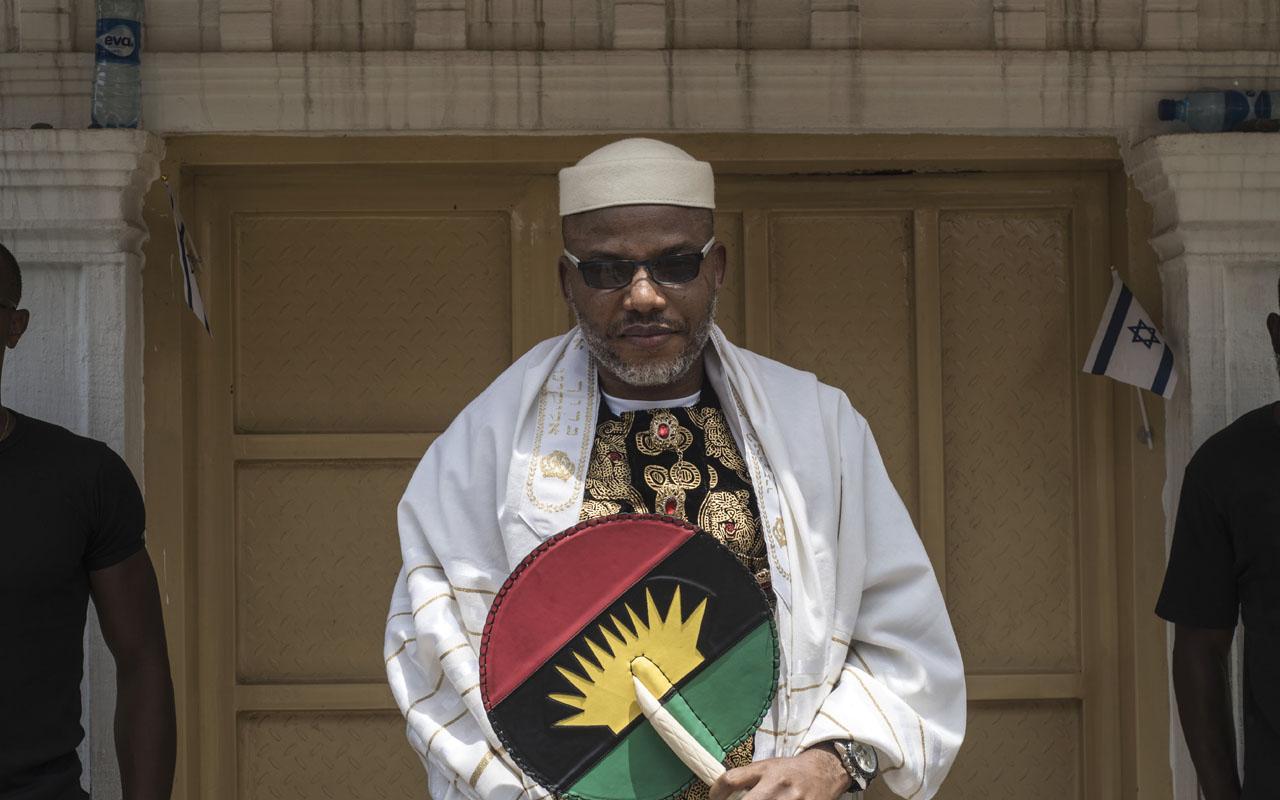 A former Aviation Minister, Femi Fani-Kayode, Senator Eyinnaya Abaribe and others are to be prosecuted over an alleged involvement in how Nnamdi Kanu, leader of the proscribed Indigenous People of Biafra (IPOB), escaped from the country.

A Federal High Court in Abuja yesterday gave permission for the commencement of a suit seeking to compel the State Security Service (SSS) and the Nigeria Police to investigate and prosecute them.

Justice John Tsoho gave the permission after listening to the applicant’s lawyer, Oghenovo Otemu, who moved a motion ex-parte for leave to commence an action for order of mandamus.

The judge said he was convinced that the applicant, Isaiah Ayugu, could proceed to properly apply for the order sought and ordered Ayugu to file a motion on notice to that effect and serve the respondents before November 22 this year.

Ayugu, in the ex-parte motion, said he was concerned about the turn of event and the damage the scandal about Kanu’s disappearance and the claim that the Nigeria was responsible have had on the country’s image both at home and abroad.

He listed the Director General of the SSS, the SSS, the Inspector general of Police (IGP) and the NPF as respondents in suit, marked FHC/ABJ/CS/1254/18.

The plaintiff argued that by the recent revelation that Kanu was in Israel, it was evident that Fani-Kayode, Abaribe, Kanu’s lawyer, Ifeanyi Ejiofor, and others, who had accused the Nigerian Army of being behind his disappearance, knew about his escape from Nigeria.

He stated in a supporting affidavit: “The said Nnamdi Kanu, the so-called self-acclaimed leader of IPOB, the group that has long been proscribed and designated a terrorist group, is alive and was seen in Israel, from where he called a world press conference and made a live broadcast of his new and renewed agenda for his group.

“In the broadcast, Kanu boasted that he will bring ‘hell to Nigeria.’ It is, therefore, clear that whilst Abaribe, Femi Fani-Kayode, Ifeanyi Ejiofor, Tochukwu Uchendu, Emmanuel Shallow Ben, Emmanuel Kanu, Uchechi Kanu, leaders of Afaraukwu community in Umuahia North Council of Abia State, the different civil liberty organisations and media practitioners and so many others too numerous to mention were making several dangerous claims that Kanu has been killed, abducted or being held by the Army, they were aware that he was actually out of the country, by their collective or respective assistance, from where he resurfaced in video clips of him praying in Israel and subsequent video broadcast.”

“Because Abaribe took Kanu on bail, the case against Kanu has not seen the light of the day as Kanu has now jumped bail.”

Ayugu said he intended to apply for an order of mandamus, mandating the respondents “to immediately investigate the circumstances surrounding the disappearance of Kanu from Nigeria when, in fact, the Nigerian Army was accused of abducting, arresting, kidnapping, killing and assassinating him.

“An order mandating the respondents to prosecute all persons suspected or indicted of involvement in aiding Kanu to evade justice.”

“An order mandating the respondents to investigate and prosecute Abaribe, Fani-Kayode, Uchendu, Shallow Ben, Emmanuel Kanu, Ejiofor and all those who worked together to propagate and spread the inciting lies and falsehood that Kanu was abducted, arrested, kidnapped, detained, killed and assassinated by the Nigerian military, when indeed they were well aware of Kanu’s whereabouts, because they played roles in helping Kanu disappear from Nigeria.”