You are here
Home > Court > Court orders Evans to defend himself, as lawyers desert him 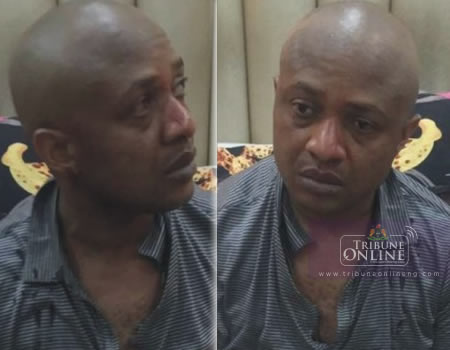 The ongoing trial of an alleged kidnap kingpin, Chukwudumeme Onwuamadike alias Evans before an Ikeja Special Offences Court, Lagos on Friday suffered another setback following the continued absence of his lawyers.
Evans trial was again stalled on Friday following the absence of his lawyer, Mr Olanrewaju Ajanaoku, who had on three consecutive occasions was absent from proceedings.
Evans, who is standing trial alongside three of his gang members: Joseph Ikenna Emeka, 29, Chiemeka Arinze, 39, Udeme Frank Upong, 43, was arraigned on a seven-count charge of murder, attempted murder, conspiracy to kidnap and selling of firearms.
Mr Ajanaoku, who skipped the last proceedings over issues of unpaid legal fees, had earlier informed the court, through a letter, that Evans’ family is yet to perfect their brief, in terms of financial commitment.
However, since his arraignment in 2017, the alleged kidnap kingpin has so far engaged the legal services of three lawyers: Olukoya Ogungbeje, Mr Neol Brown and recently, Mr Ajanaoku.
While Ogungbeje discontinued on claims that his life was under threat, Brown abandoned him over unknown reasons.

The continued absence of the defence counsel, however, prompted the court to order Evans to defend himself or seek the representation of legal aid.
At Friday’s proceedings, the Chief State prosecuting Counsel, Adebayo Haroun, urged the court to invoke Sections 233 (3) of the Administration of Criminal Justice Law (ACJL) which empowers the court to appoint a counsel for the defendant.
Haroun said, “Where the defendant fails to secure legal representation, the court has the discretion to order the legal aid counsel to provide a representation for the 1st defendant, Evans.
“This is the third adjournment taken on the instance of the 1st defendant. So we urge the Lordship to invoke section 233 of the ACJL if the defendant fails to provide a counsel on the next adjournment,” he said.
The prosecutor also informed the court that his witness, a police officer, inspector Idowu Haruna, attached to the Inspector General of Police Intelligence Response Team, was present to continue his evidence before the court.
Following the submission of the prosecutor, Justice Oluwatoyin Taiwo ordered Evans to defend himself or seek a new counsel.
Justice Taiwo said, “I have told you (referring to Evans) the options; defend yourself, get a new counsell or I’ll appoint a legal aid counsel for you.
“This case is not just for you, there are other defendants involved. Therefore, the liberty of the 2nd, 3rd, and 4th defendants, who also demand justice, is also at stake. And justice delayed is justice denied.
“On the circumstances, I’ll adjourn this matter till May 10 and the 1st defendant must provide a counsel.
“However, in the absence of the Counsel for the 1st defendant, on the next adjourned date, this court will invoke Section 233 (3) of the ACJL and order the representation of the legal aid counsel for him,” the judge said.

The post Court orders Evans to defend himself, as lawyers desert him appeared first on Tribune Online.