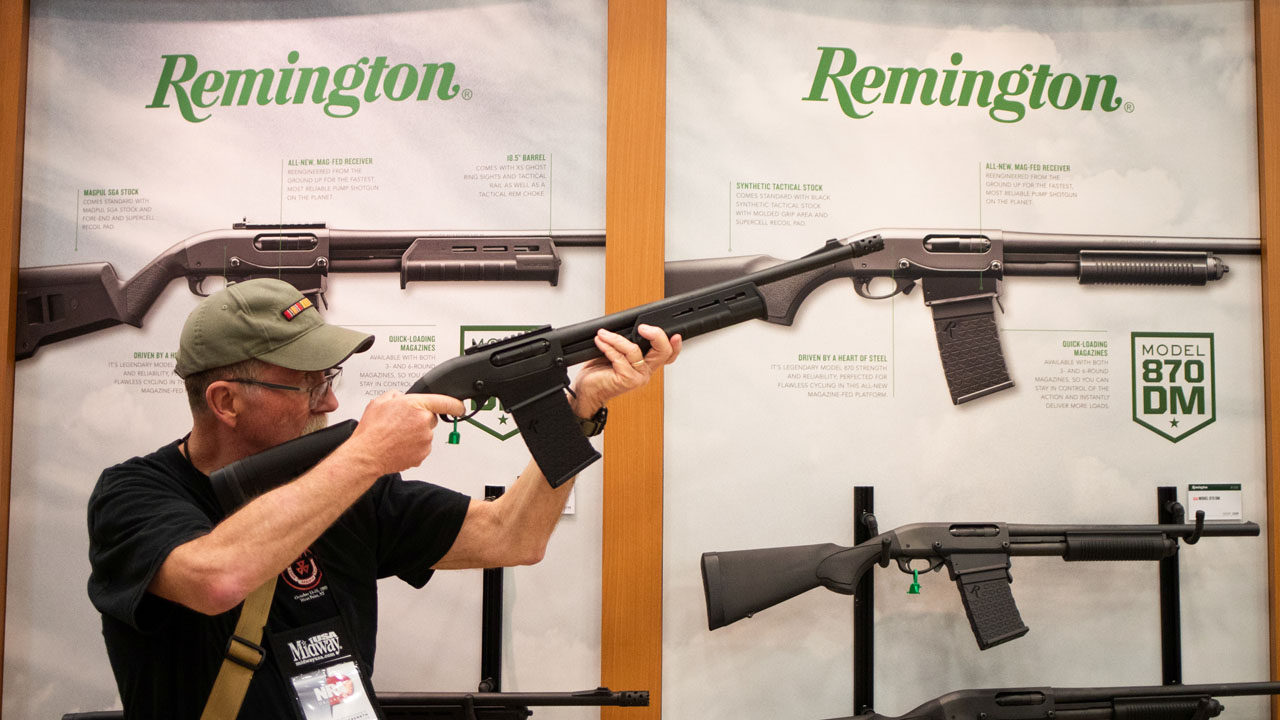 Connecticut’s supreme court ruled Thursday that US gunmaker Remington can be sued over the 2012 massacre at the Sandy Hook elementary school in which one of its weapons was used.

The 4-3 ruling by the state court raised hopes among the victims’ families of punishing the marketers of the powerful Bushmaster AR-15 assault rifle used by the shooter, Adam Lanza.

It also sets a precedent that could lead to more lawsuits against manufacturers whose guns are used in mass shootings.

The ruling on Thursday overturned a lower court’s judgment rejecting the lawsuit, which charged that Remington Outdoor Co., arms distributor Camfour, and the Connecticut store which sold the gun used in the massacre could be held liable.

Lanza was a 20-year-old with known developmental disabilities who lived at home with his mother when he carried out the attack.

His mother, a gun enthusiast, had bought him the AR-15-style Bushmaster XM15-E2S semi-automatic rifle more than two years before the shooting. Lanza murdered his mother before assaulting the school, and killed himself afterward.

The lawsuit alleged that Remington and the other two defendants are culpable because they knowingly marketed a military grade weapon that is “grossly unsuited” for civilian use yet had become the gun most used in mass shootings.

A Washington Post database says there have been 162 mass shootings in the United States since 1966, but many of the deadliest incidents have occurred in the past few years.

The plaintiffs alleged that the gun was marketed immorally and unscrupulously, sold on its war-fighting capabilities to civilians who would never experience combat.

‘Used to kill’
That included, they alleged, popularizing the AR-15 in combat and mass shooting-type situations through the type of violent video games that Lanza was known to play.

They specifically cited Remington’s marketing of high-capacity magazines, which have only combat utility, for use with the gun.

They noted that video games feature shooters using multiple high capacity magazines, and that Lanza attacked the school with ten 30-round magazines.

“Prior to December 14, 2012, assault rifles like the Bushmaster XM15-E2S had been used to kill in department stores and fast food chains, at offices and homecoming parties, on courthouse steps, and in schools,” the suit said.

“Despite the unreasonable risks associated with selling assault rifles under these circumstances, defendants continued to market, promote and sell AR-15s to consumers.”

The court ruled that, even though the US Congress passed a law in 2005 that explicitly immunized gunmakers when their products are used in crimes, Remington could still be sued on the grounds that its marketing violated Connecticut’s unfair trade practice laws.

Congress did not seek to fully protect gunmakers and dealers from practices that promote criminal conduct, the judges said in their ruling.

Hence, they said, “it falls to a jury to decide whether the promotional schemes alleged in the present case rise to the level of illegal trade practices and whether fault for the tragedy can be laid at their feet.”

David Wheeler, whose son Ben was one of the Sandy Hook victims, said “there’s a reason why this particular consumer product is the one that is used by people who want to inflict the most damage.”

There have been examples, “time and time again,” he said.

Joshua Koskoff, a lawyer who represented families at an earlier hearing, said the ruling shows that nobody is above the law — “even a gun company that is powerful… that’s politically connected.”

The group Connecticut Against Gun Violence said the state supreme court decision “will force the companies to reveal internal communications that they have fought to keep out of the public eye.”