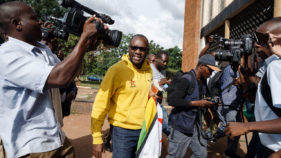 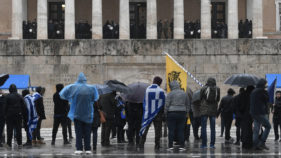 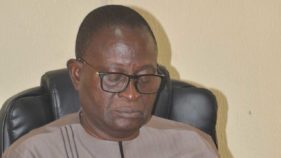 A Federal High Court in Abuja on Friday upheld the decision of the Independent National Electoral Commission (INEC) to bar all candidates of the All Progressives Congress (APC) in Zamfara State from participating in the 2019 general elections.

The court said INEC acted within its powers by refusing to accept the list of APC candidates for the next general elections.

Justice Ijeoma Ojukwu said it was not the fault of INEC that the APC failed to conduct a valid primary within the period scheduled by the electoral body.

Ojukwu said INEC’s action was intended to curb impunity among political parties and politicians; ensure that rule of law is adhered to.

The judgment was on a suit filed in the name of APC by some individuals, who said they emerged from a consensus arrangement adopted by the party in Zamfara State.

INEC had in September 2018 barred APC from fielding candidates for the elections over ‘failure to hold credible primary elections’.

“Based on the provision of Section 87 and 31 of the Electoral Act 2010 as amended, the commission does not expect that your party will submit names of any candidate from Zamfara State,” INEC said in a letter addressed to the party’s leadership.

“For clarity, our position, therefore, is that the APC will not be fielding candidates for the governorship, National Assembly and state Assembly elections.”

But, a state High Court sitting in Gusau, in October, issued an interim order restraining INEC from disqualifying the APC from fielding candidates for the 2019 elections.